Android Wear can get new features faster via Play Store

Android Wear is not yet dead, even if you no longer see them on the Google Store. But, let’s face it, it’s not exactly the hottest thing in mobile right now, though neither are smartwatches in general. And while development of the platform continues, as seen by the latest Oreo-based beta, the rollout of features hasn’t exactly been fast and frequent. That, however, might be changing soon, as Google will start to course new features to smartwatches via the Android Wear app on the Google Play Store.

Android has a fragmentation problem, that much is an established fact. Fortunately, that hasn’t yet infected Android Wear or Android TV, mostly because there isn’t that much variation in implementations yet. Despite that, Android Wear still suffers from the slow rate of updates that plague the main smartphone version.

That’s mostly because Google bundles features in OTA updates, whether or not that makes sense. OTA updates, especially those between major versions, undergo a long process of testing. Plus, they’re usually big. That might be overkill for smaller features that can be rolled out independently and more frequently. As it turns out, Google already has such a thing going for its Android Wear app anyway.

So starting in Android Wear 2.0, new features will be bundled with the Play Store app instead. When the Android Wear apps on the watch gets updated, they can include new, smaller features as well. In fact, last week’s app update already included features such as: 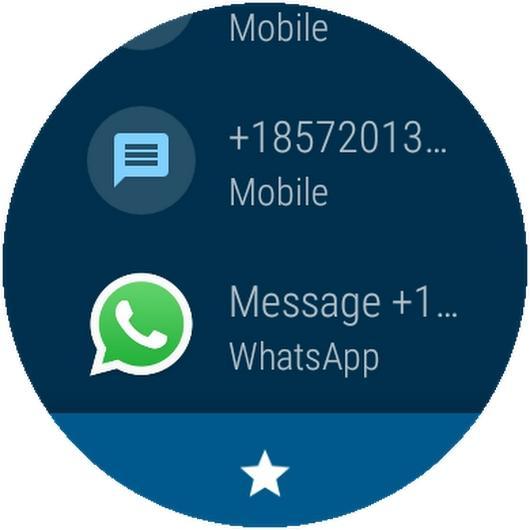 Of course, just because they can doesn’t exactly mean they will. It only means they no longer really have an excuse not to do so. It still remains to be seen whether that will help make Android Wear a more interesting, and ultimately more profitable, platform to develop for.