Android Nougat is now the most used Android version

Android’s distribution charts have never been pretty. Unless you love seeing Ten Shades of Green every month. While there is indeed beauty in diversity, from a technical and consumer standpoint, it’s an ugly mess. So when the whole distribution takes a step closer to defragmentation, there’s definitely reason to be happy in Android land. Android Nougat, both 7.0 and 7.1 releases, have now surpassed Marshmallow as the most used version in the market, complemented by Oreo’s slow but sure rise to 1%.

Of course, Android Nougat was launched in 2016, so it has been in the wild for more than a year. But anyone who has observed Android distribution numbers for years will know that it usually takes longer for most recent versions to even get a quarter of the pie. But that’s exactly what Nougat accomplished as of February 5 this year.

That said, Nougat has barely surpassed Marshmallow. Android 7.0 and 7.1 together make up 28.5% while Marshmallow, which only had one release, is at 28.1%. Together, the two make up half the entire Android world. It’s still a better picture compared to when a quarter of the chart was taken up by a near-ancient release. 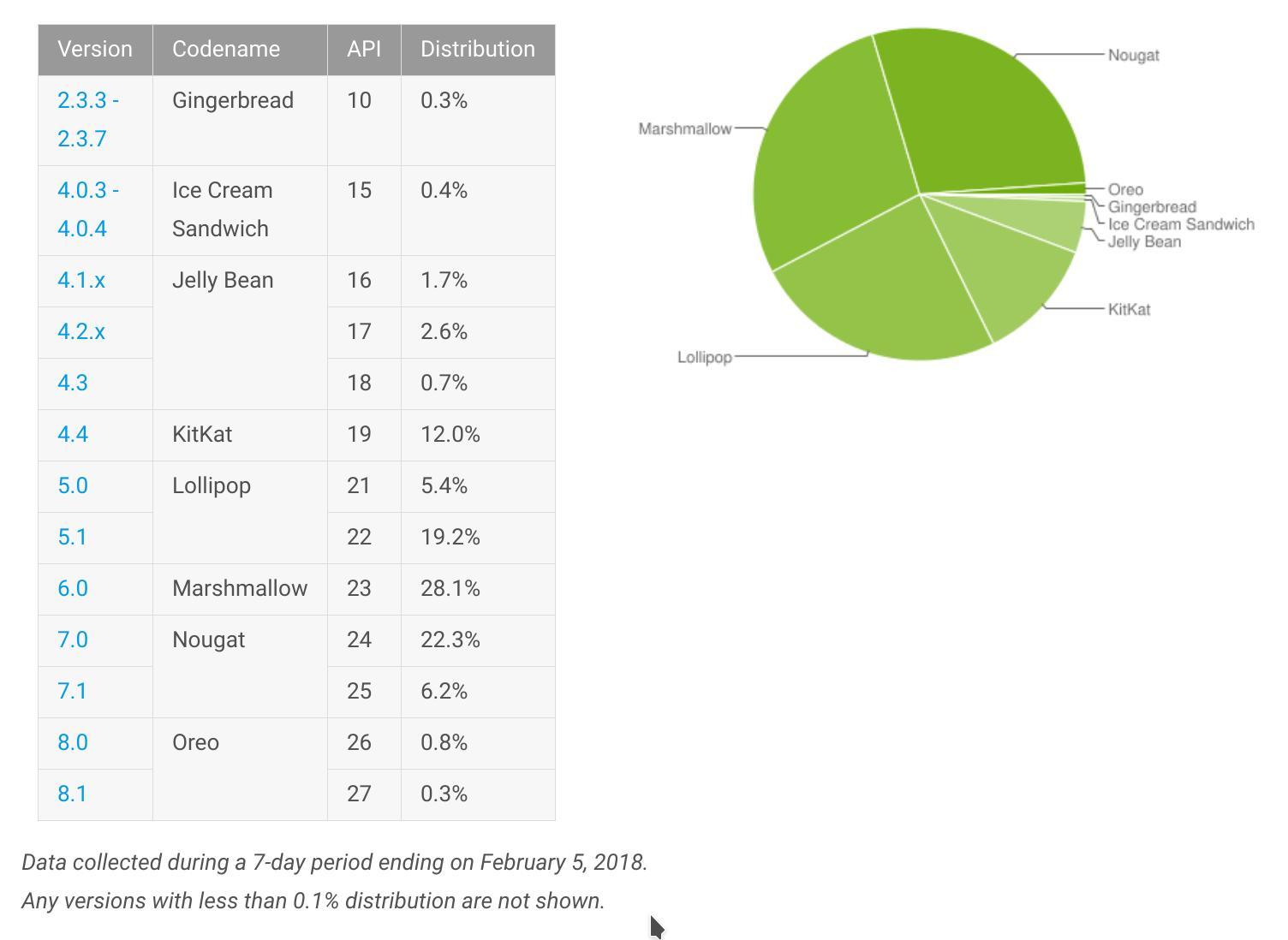 As for the latest Android release, Oreo has just barely climbed up to 1%. 1.1% to be exact. It is on par with Nougat’s and Marshmallow’s own rate, but adoption on new devices doesn’t seem to be that fast either. With MWC 2018 around the corner, however, things could start looking better, but it will take months before that gets reflected in the charts.