Android Auto update will make it easier to connect to cars

Few will probably refuse having as many options as they want but most will probably prefer not to be bombarded by them all at once. Getting to the most important task with as few steps as possible is what makes any tool, digital or physical, truly useful. When you’re about to hit the road with your new car or new phone (or both), the last thing you want to do is to dig around settings for the one that will connect those two. With the redesign of Android Auto’s settings, you won’t have to.

To be fair, the Android Auto settings page was already functional, presenting options you can tweak. It just didn’t make it clear which one you needed to tap to connect your phone to your car. For one, that option blended in too well with the rest of the settings, de-emphasizing its importance. For another, it presumed you’d want to connect via a USB cable in the first place.

The new Android Auto settings design turns “Connect a car” into a very prominent button that visually looks different from anything else. You don’t even have to make a choice upfront on how you want to connect the car and the phone. It presumes you just want to connect a car first.

Tapping that button will then take you to a page with instructions on how to do that. Nowadays, however, some users and cars have the option to wirelessly connect their phone, at which point you’re offered to take those steps instead. Depending on your combination of car model and phone, you can either do it via voice control or good old-fashioned Bluetooth. 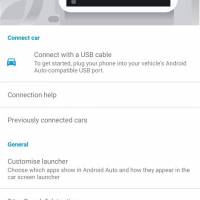 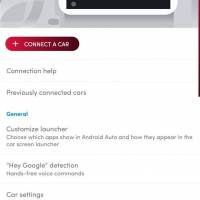 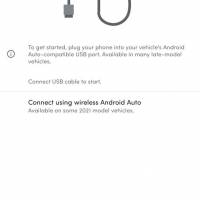 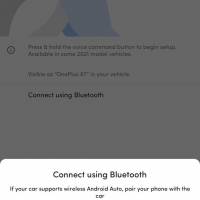 It isn’t exactly a ground-breaking new change and doesn’t add any new feature that wasn’t there yet, aside for the wireless connection option, at least. It’s one of those small changes that significantly increases the usability and ease of the experience, making it feel seamless and almost magical, just like in movies.