It’s no surprise that Android runs on all sorts of different resolutions, including small smartwatch displays, all the way up to the Nexus 10’s better-than-Retina-quality screen. However, we could see Android devices in the future rocking 4K resolutions, thanks to an interesting piece of source code in Android 4.3.

However, Android 4.3 includes a new DPI range called Extra Extra Extra High DPI (XXXHDPI) for devices that have 640 DPI. According to the comments in the source code, this category is intended for 4K displays. Obviously, this refers to 4K televisions specifically, meaning that Google might have plans for a device that’ll support the higher resolution. 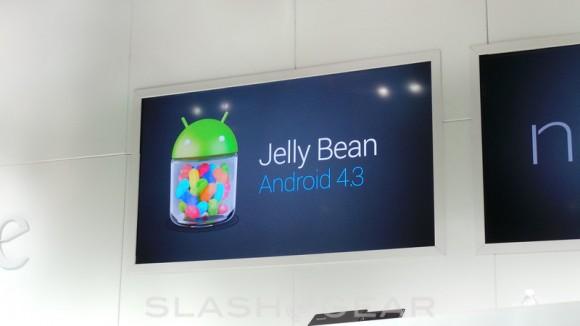 Whether that device is a new set-top box or what is anyone’s guess, but it’s possible that the company could update its Google TV with Android 4.3, that way it could play 4K content on the higher-res televisions that no one can really afford yet. However, this merely seems like a tactic that Google is using to prepare early for the future.

Then again, it could also just a move by the Android team to cover their bases. The HTC One was pushing the envelope for DPI with its 468 pixels per inch. The added category to Android 4.3 could just be a cushion that Google is adding, but we really think that Google may have something cooking in the 4K realm.