AMD has introduced its new AMD Epic 7000 series of datacenter processors, saying they come with up to 32 high-performance Zen cores alongside a bunch of other notable features and bragging points, not the least of which is setting multiple new performance records. The new lineup features AMD Epyc processors ranging from the 8-core / 16-thread 7251 to the 32-core / 64-thread 7601.

AMD announced the new Epyc processors this evening, saying that they offer industry-leading memory bandwidth, with each Epyc device boasting 8 channels of memory. There’s dedicated security hardware, what AMD calls an ‘unprecedented support’ for high-speed integrated I/O with 180 lanes of PCIe 3, as well as energy-efficient and high-performance computing thanks to a ‘highly-optimized’ cache structure.

With our EPYC family of processors, AMD is delivering industry-leading performance on critical enterprise, cloud, and machine intelligence workloads. EPYC processors offer uncompromising performance for single-socket systems while scaling dual-socket server performance to new heights, outperforming the competition at every price point. We are proud to bring choice and innovation back to the datacenter with the strong support of our global ecosystem partners. 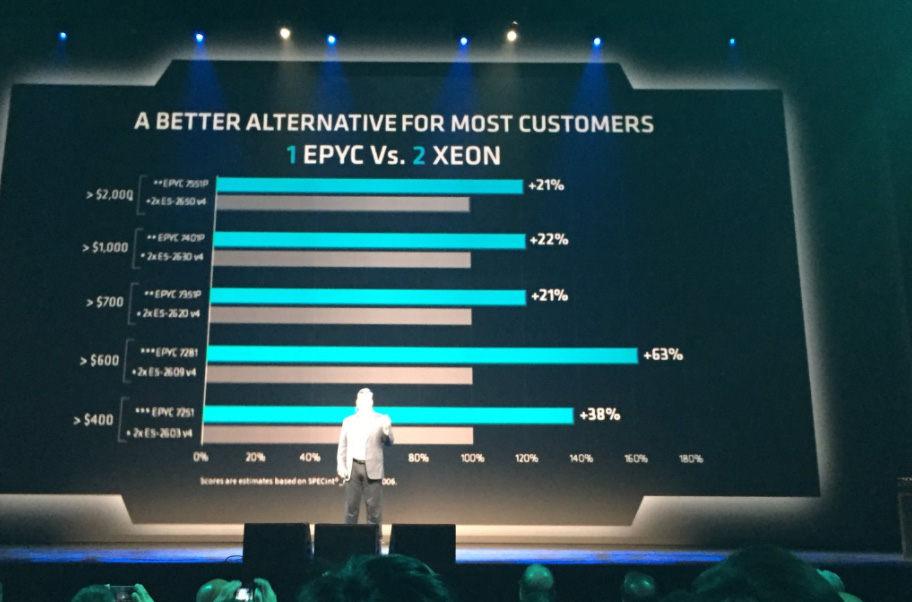 The new AMD Epyc lineup is composed of the following models: