Amazon patent details how drones will find you, talk to each other

Like all government agencies, the FAA moves slowly. Drones move quickly, and Amazon wants to strap packages to them for delivery. The well-documented issues pit the pragmatic FAA against the anxious Amazon brass; Amazon wants drones delivering packages yesterday, and the FAA is in no rush to decide how and when drones can be used for commercial use. Most recently, the FAA agreed to reconsider their ‘line of sight’ mandate for flying drones; great news for Amazon. Undeterred, or buoyed by the promise of FAA regulations going their way, Amazon is filing new patents for drone deliveries. 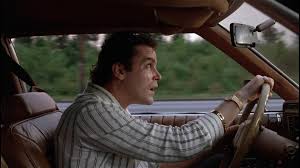 Drones may also communicate with one another, sharing info on weather or landing zones. Those delivery drones may also share info on flight paths; for instance, they’d know a particular highway was gusty from big trucks based on their flight data, and fly a bit higher to avoid trouble or at an angle to ease its entry/exit from the airspace above the road next time, and share that info with other drones. It’s like drones doing the wiggle dance bees do, except better.

This won’t put drones in the air bringing you Amazon goods any time soon — the FAA decides when that will be, and they’re not on an Amazon-Prime-esque deadline. It looks promising the FAA will at least loosen the leash a bit, and Amazon seems serious about drone delivery.

Source: USPTO
Via: The Next Web