If you have a Kindle and you haven’t updated it recently, your time to procrastinate has just about reached its end. The deadline for a critical update that will ensure you can continue using your Kindle is tomorrow; fail to update in time, and your Kindle will suddenly become far less useful, forcing you to manually install the update to restore functionality.

As Amazon has been saying for a while, there’s an important Kindle update that has to be installed by March 22 (that’s tomorrow). If you don’t install it before the deadline, you may see the following message when trying to use your ereader: “Your Kindle is unable to connect at this time. Please make sure you are within wireless range and try again. If the problem persists, please restart your Kindle from the Menu in Settings and try again.” 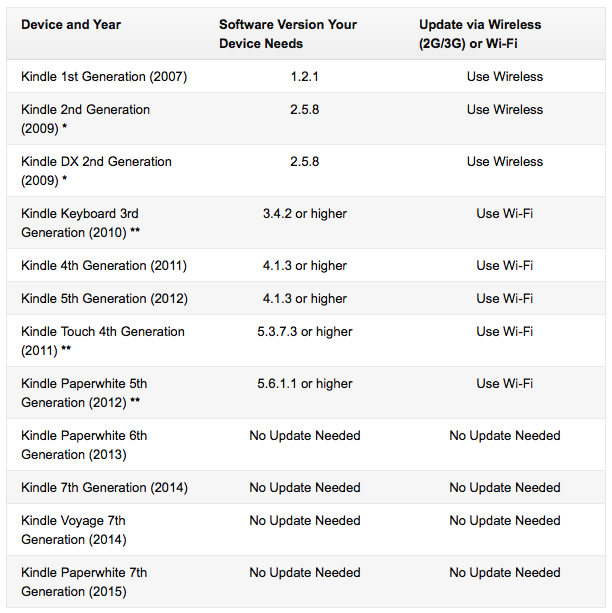 To update over WiFi, tap “Menu” and then “Sync and Check for Items.” If you’re updating over Wireless (2G/3G), make sure Wireless is turned on, then choose “Check for Items” in the Menu. What if you don’t update in time? You’ll need to head over to Amazon’s software updates page, choose your device, and manually install the software update.