It seems that Amazon is really itching to get its Prime Air drone powered deliver service to the skies while still hampered by regulations that have yet to catch up with modern technology. It has just revealed some new details about the Prime Air service as well as its drone, including a shiny new look for the flying robot. And to add a bit of legitimacy and a dash of urgency to the “next generation in delivery services”, Amazon has enlisted Top Gear’s Jeremy Clarkson to sell the idea to the masses.

Amazon’s dream of drones almost littering the skies with delivery packages has been going on for almost two years now, probably even more behind closed doors. Naturally, the drone that will be carrying those parcels from warehouse to doorstep has undergone several iterations in design. Last time, the drone looked more like powerful industrial beast not unlike some professional action camera drones you see these days. 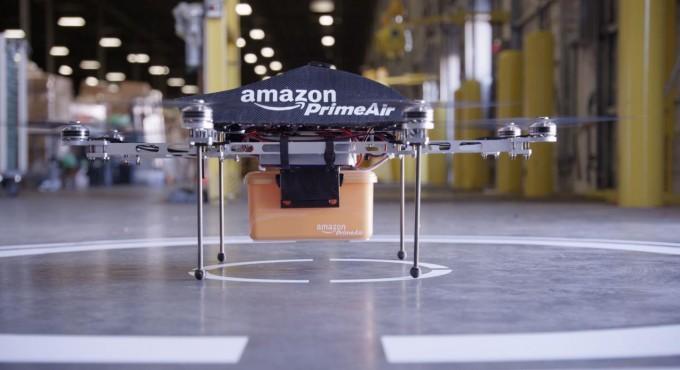 It seems, however, that Amazon has settled for something completely different and less intimidating appearance, one that resembles a plane more than a quadcopter. It also seems to finally have a more identifiable paint job, consisting of a mix of Amazon’s standard white, gold, and blue colors. Of course, it still takes of vertical like any drone, before going off horizontally to its destination. Amazon also touts the drone’s ability to sense and avoid aerial obstacles and dangers on its own, a necessary feature for an automated delivery robot. 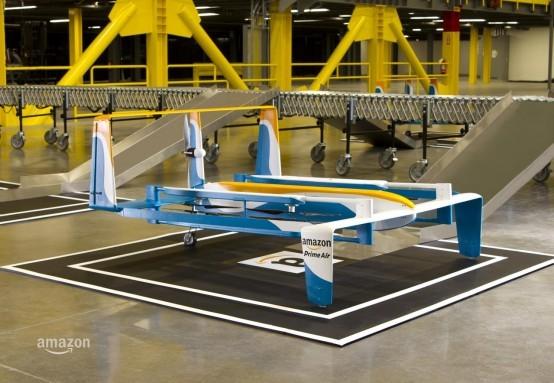 Clarkson illustrates the process, and perhaps the point, of Prime Air, which is to practically get something delivered right to your house in 30 minutes or less. Of course, it’s not going to be groceries, which would definitely benefit from the urgency. Prime Air users can make an order through the web or an app and the order goes through the nearest warehouse for packaging. The drone then takes flight and navigates to the shopper’s house, sending a notification when it is close to approaching. Apparently, recipients will need to lay down a landing pad for the drone to detect and, well, land one, to deliver its cargo, and then take off again (vertically) to go home.

Although it seems that Amazon has more or less finalized the details of its Prime Air service, it’s far from a done deal. For one, it still has to gain the necessary regulatory approval, which is proving to be quite the obstacle because of the FAA’s rigorous safety requirements. Amazon also seems to have a few things up its sleeves as well, pointing out that it still has a few drone prototypes to go through and that the design could still change over time.