Smart speakers were, at a time, the hot thing in the tech market but they’ve become so common now that you almost don’t hear much about them in between product launches and privacy scandals. You might be surprised then, that they have apparently grown by almost 45% since the third quarter last year. And, depending on which team you’re rooting for, you might be surprised or not that Google is the biggest loser in that market.

The smart speaker market is made up by more than just Amazon and Google though it might look like it. There are a lot of smaller players in terms of sales numbers, like Apple, Xiaomi, and even Alibaba. Google and its Google Nest Home, formerly just Google Home, may make the headlines but it is actually close to falling off into the “Others” group.

That comes from Canalys’ report for the Q3 2019 shipments of smart speakers all over the world. Amazon is way at the top, shipping 10.4 million Echo speakers, including the Echo Show, to get 36.6%. That represents a 65.9% annual growth for the company that started the whole trend.

Google, in contrast, is the only one in the top five to actually decline and it was a rather sharp drop from second to fourth. It was close to finally closing the gap with Amazon but now it has Alibaba and Baidu to overtake. 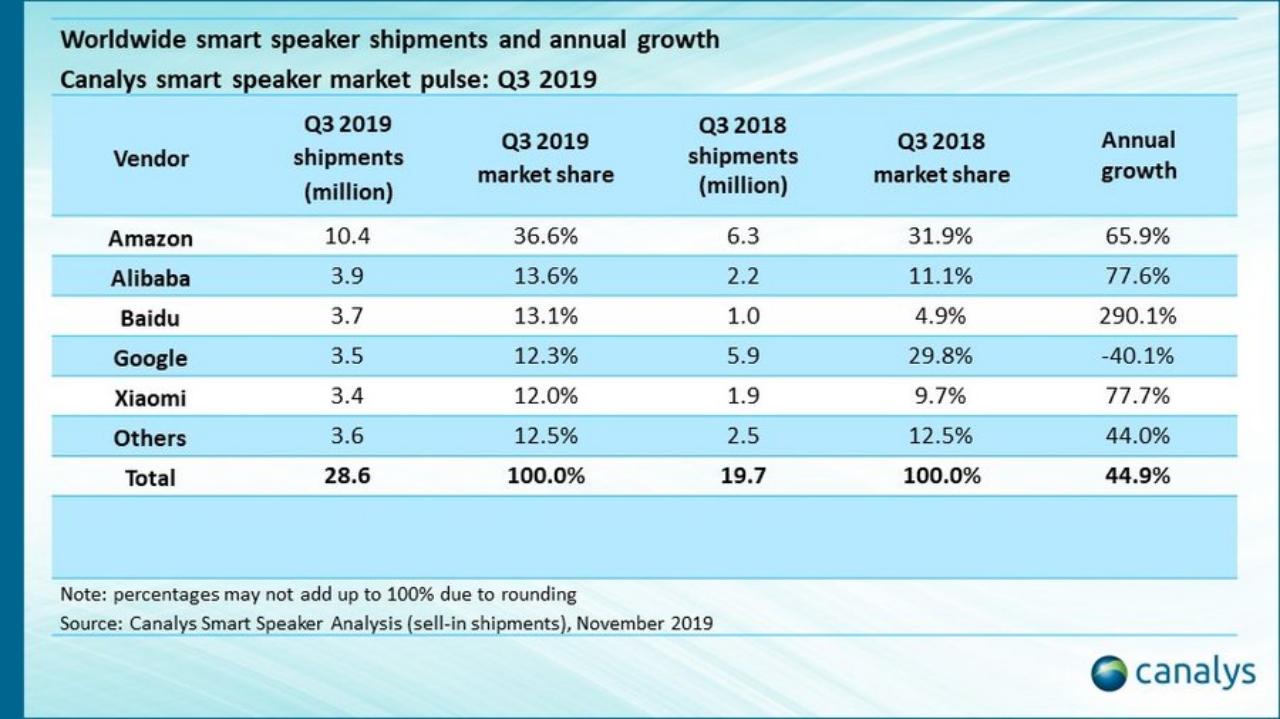 Canalys attributes the success of the Echo smart speakers and smart display to Amazon’s aggressive marketing and pricing of its devices. Google, in contrast, is taking a page from Apple’s book and trying to sell the Google Home speakers as premium products. Google might also be less motivated to be more aggressive in this particular market considering Google Assistant can be found everywhere already anyway.