Amazon started its Devices and Services event today by announcing the Echo Show 15. Compared to the other Echo Shows on the market, the Echo Show 15 is a rather dramatic departure, as it features a 15.6-inch display and can be mounted on a wall (though it can also be placed on a stand). That 15.6-inch display allows you to surface a lot of information at once, and it’ll do that through the use of various Alexa widgets.

For example, in some of the images Amazon published today, we see the Echo Show 15 using the Shared Calendar widget, allowing users to see events for everyone in the family in one aggregated calendar. Some other familiar sights among the widgets include Sticky Notes, Smart Home Favorites – where users will be able to see and control all of their smart home devices – and Picture-in-Picture, which shows a live feed of your smart home cameras as you do other things on the Echo Show 15. 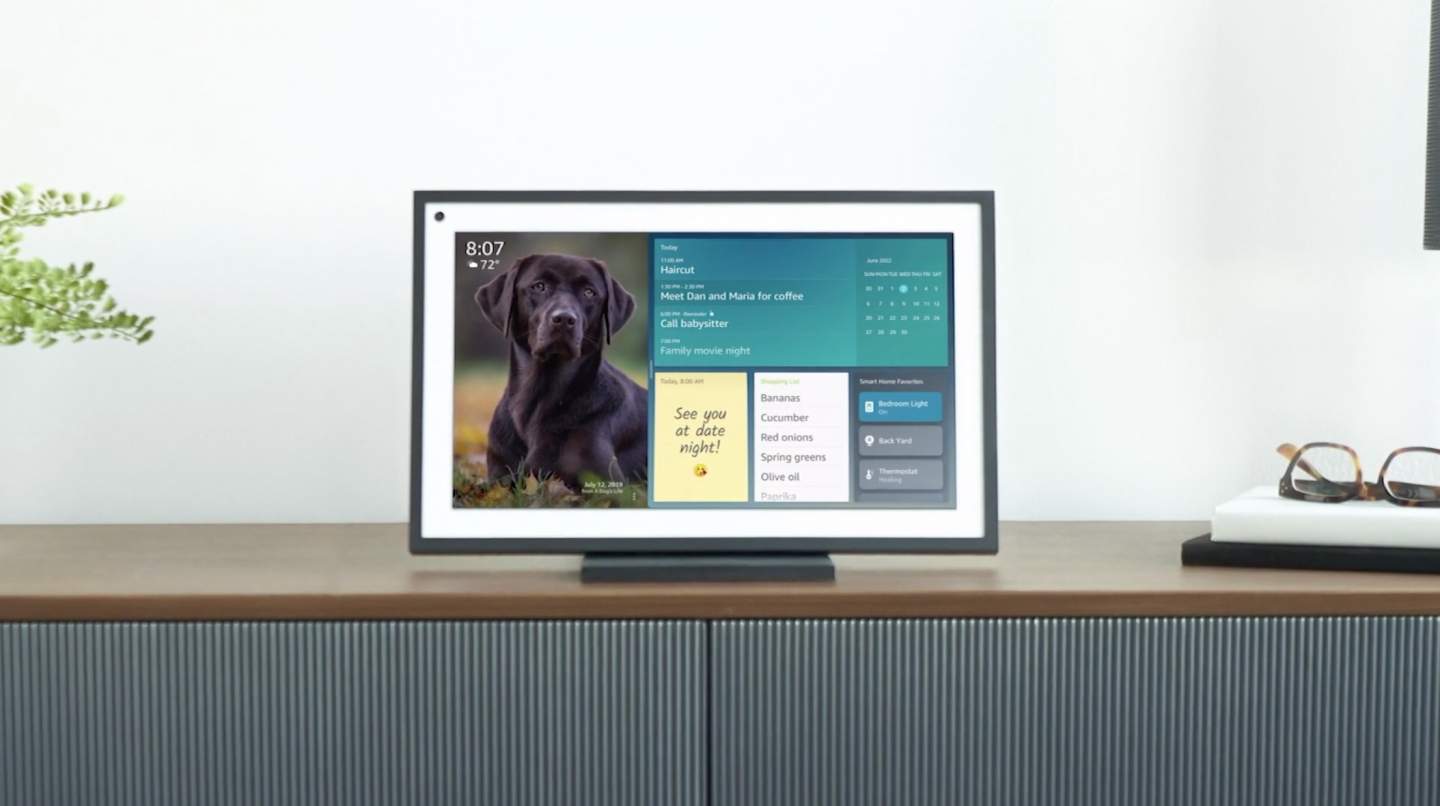 The Echo Show 15’s display supports 1080p video streaming, with Amazon positioning it as a replacement for a kitchen TV today. In addition, it’ll have access to various streaming services, including Netflix and Amazon’s own Prime Video, and later this year, Amazon says that it will add support for Sling TV on all Echo Show devices. The Echo Show 15 also offers a feature called Photo Frame, which allows it to display photos or pre-selected works of art when not in use.

Amazon says that the Echo Show 15 is powered by the company’s AZ2 Neural Edge processor, a quad-core CPU that supports new features like Visual ID, Preference Teaching, and Custom Sounds. With Visual ID, Alexa will recognize individual family members and surface information relevant to them when they step into view of the cameras. Preference teaching allows users to teach Alexa their personal preferences, while users can tap into Custom Sounds to teach Alexa to recognize specific sounds – not just the ones Amazon has created support for. 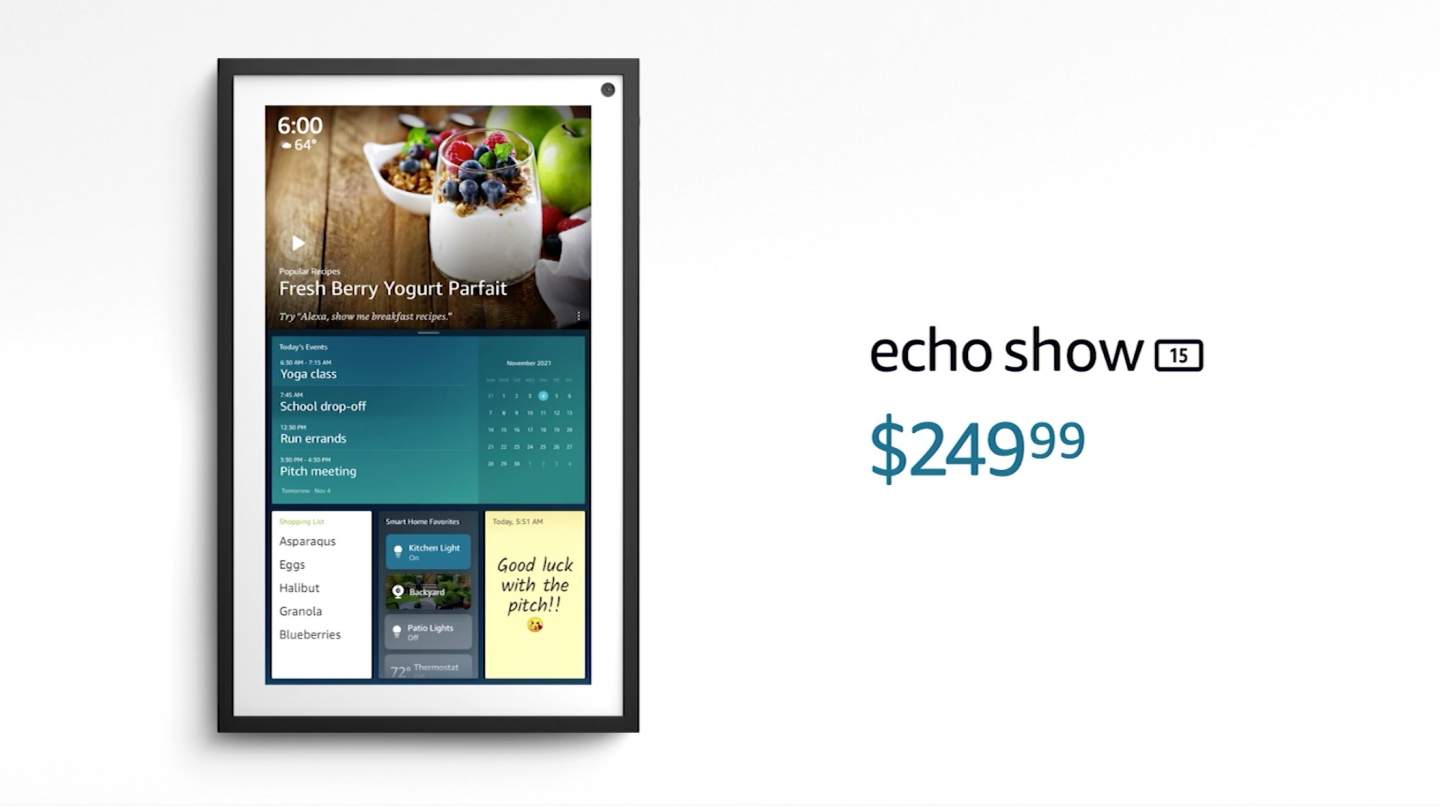