Amazon released an interesting product called the Echo and it has been available to purchase in the US since it went up for pre-order back in June 2015. Out of the box, the Echo can be used for all sorts of things like reading news headlines for you or turning lights on and off if you have compatible accessories. One man has taken an Echo and used it to deliver voice control of a power wheelchair.

If you are unfamiliar, a power wheelchair is a medical device that helps people with mobility problems get around inside and outside the home. The project builder notes that the hacks required to make this work lack any safeties that someone with serious mobility problems need to be safe. 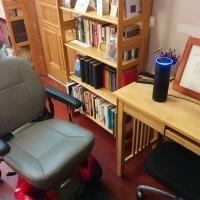 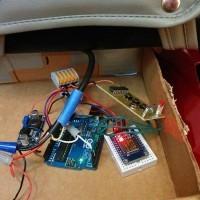 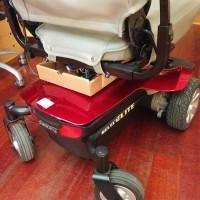 The builder doesn’t give any step-by-step instructions on how exactly to perform this yourself, but offers some details on how he did it. He used the Echo “Alexa turn on X” and Alexa turn off X” commands to start. The builder also notes that the delay in the time between when you say something and the response comes back from Amazon’s servers was an issue.

Echo also won’t recognize what you say sometimes. To simplify things, the control system morphed into the user telling Echo a direction and a duration of travel in seconds for movement to happen. Ultimately, the control system ended up with a Raspberry Pi set up as a Hue Emulator that is able to process voice commands, eliminating the need to use Amazon servers. Check out the video for more details on the wheelchair control method.