Amazon Dash Wand is a barcode scanner you can speak into

How many ways can you take an idea and turn it into different things? If you’re Amazon and you’re talking about Echo and Alexa, it might be a near limitless list. Even if the idea ends up being slightly laughable. After the Amazon Echo Look comes the Amazon Dash Wand. Don’t worry, you don’t actually wave it around to make magic. You don’t even hold it that way. Instead, you use it to scan barcodes or speak into it to ask Alexa anything, like converting from different units of measure.

The idea of being able to take Alexa with you anywhere in the house would be cool if not for the form it has taken. Instead of a simple remote or rod, you have what looks like two disparate devices stuck together, a white half that contains a traditional barcode scanner, complete with the red light, and button, and a black half that looks like a miniature Dyson bladeless fan. Amazon hasn’t revealed what that hole is for. You certainly don’t seem to hang the wand from it. 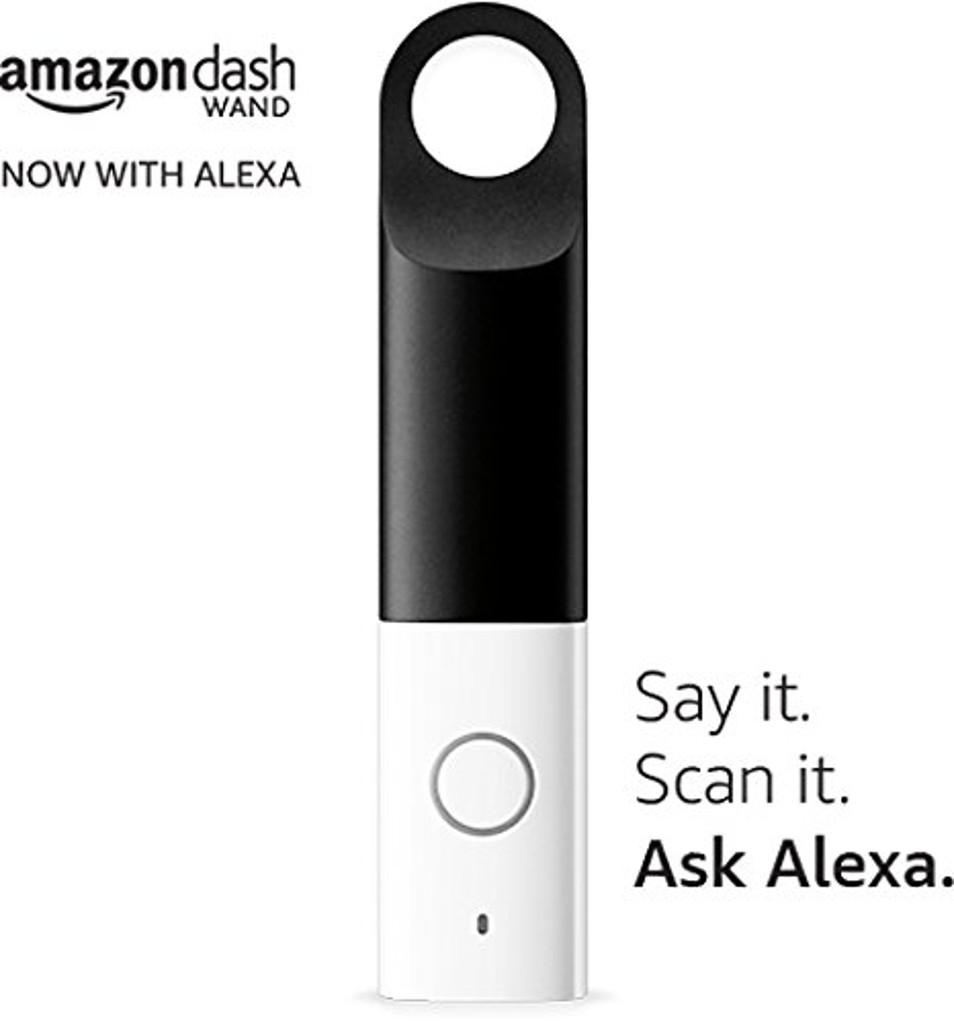 While the Echo Look was aimed as fashionistas, the Dash Wand seems to be targeted at kitchen wizards. The barcode scanner is best suited for scanning ingredients or supplies you need to replenish. That image of a kitchen aide is reinforced by the fact that you get a 90-day free trial of AmazonFresh when you buy a Dash Wand.

Of course, you can still use the Dash Wand to ask Alexa anything you would ask the personal assistant on the Echo or elsewhere, from dimming the lights, converting between units of measure, or just plain having fun. But really, Amazon wants you to use it to order stuff.

The Amazon Dash Wand with Alexa is currently exclusive to Prime Members, who can almost get it at no cost. The device does cost $20 but you get that amount back when you register the device. You also get the free 90 days of AmazonFresh (normally $14.99 per month), though that is a time-limited offer.