A team of scientists from the University of Bristol has described in detail the cloacal or vent of a dinosaur. The cloaca is an all-purpose opening dinosaurs used for defecation, urination, and breeding. Researchers on the project note that most mammals have different openings for these functions, but most vertebrate animals possess a cloaca.

Scientists on the project say that while we know a lot about dinosaurs and their appearance as feathered, scaly, and horned creatures, and we know what colors they were, we didn’t know anything about how the vent appears. The group of researchers for the project include Dr. Jacob Vinther, Robert Nicholls, and Dr. Diane Kelly from the University of Massachusetts Amherst.

Together the researchers have described the first cloacal vent region from a small dinosaur called Psittacosaurus about the size of a Labrador. The team compared its vent to modern vertebrate animals that live on land. Researchers say that the vents are non-descript and don’t look different than many different groups of tetrapods.

In most cases, it doesn’t tell you much about the sex and the animal either. The team says those distinguishing features are tucked inside the cloaca. In the fossil they were studying at the Senckenberg Museum in Germany, those features weren’t preserved. While unique in appearance, the cloaca exhibits features similar to living alligators and crocodiles. 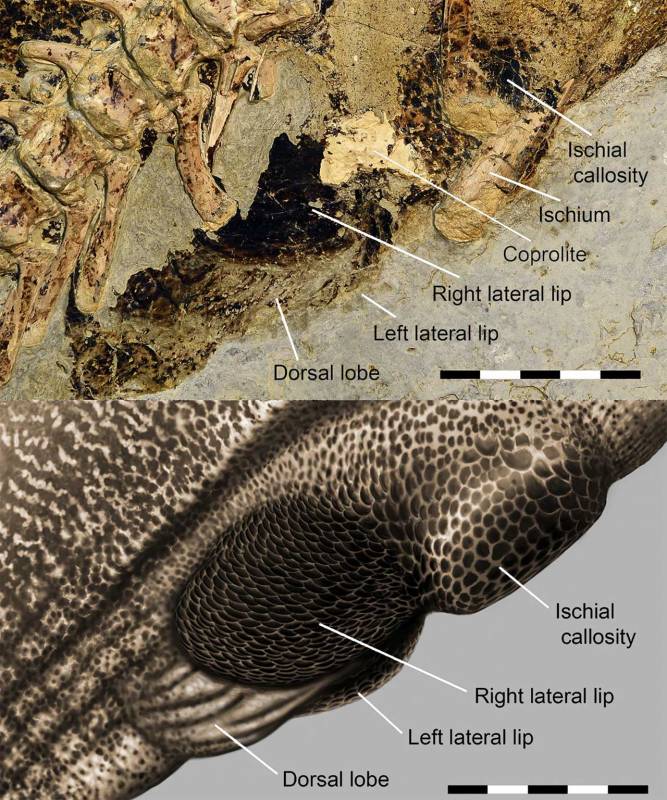 The cloaca’s outer margins are highly pigmented with melanin, likely to provide the vent with the function in display and signaling similar to living baboons and some salamanders. Researchers also believed the large pigmented lobes on each side of the opening could have harbored musky scent glands as seen in living crocodylians.