Amazon has announced the arrival of Live Translation on its Echo devices, enabling users to have a conversation in two different languages in real-time with Alexa serving as a translator. The feature is arriving for Echo devices in the US with a total of six language pairs to kick things off, including English – Spanish.

The ability to use machine intelligence for real-time language transition is a growing reality, one that bridges the language divide and opens up new opportunities for communication. Live Translation on Echo devices may be less useful than, say, real-time translation on one’s phone, but it’s a nice tool regardless. 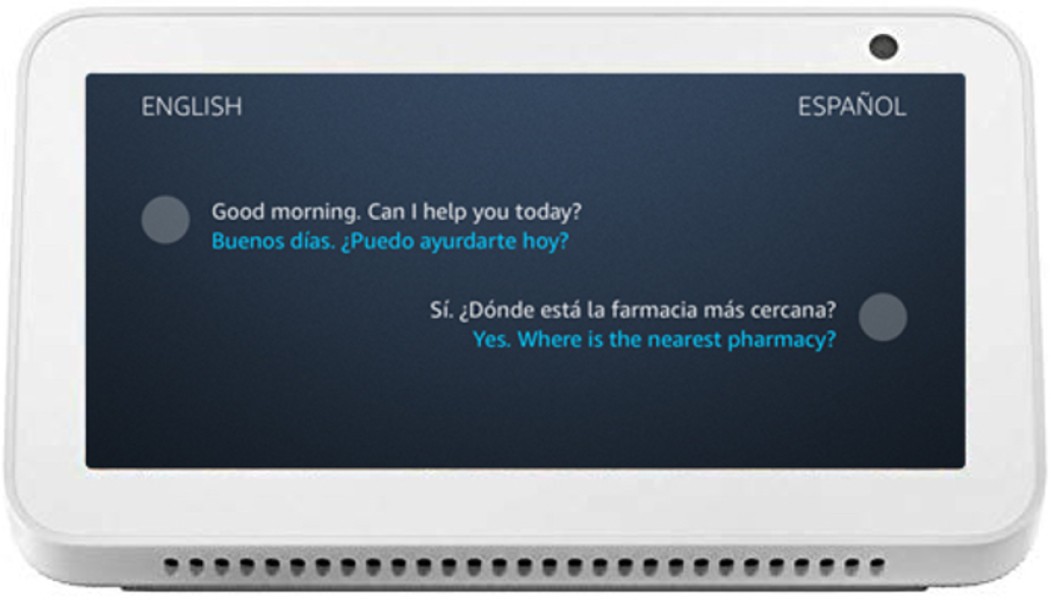 Users simply ask Alexa to translate and name the two languages that will be spoken. The AI will automatically detect what language is being spoken by either person and provide the translations. The new feature is made possible using Amazon’s ARS system, as well as Alexa’s text-to-speech tech and Amazon Translate.

In addition to the support for translating between English and Spanish, the feature also supports Brazilian Portuguese, Italian, German, French, and Hindi. The Echo device, including smart speakers and displays, must have the locale set to ‘English US’ to use the feature.

Amazon goes into technical details on its science blog for those who are interested in how Live Translation works. It’s unclear when the company plans to expand the feature beyond the US and which languages may be next in the pipeline.