Alcatel ONETOUCH IDOL 3 rocks even when held upside down

From time to time, we see some new “feature” that manufacturers employ to entice users to their products. Sometimes, those features tend to stick around and become popular (like LG’s Knock Code), and sometimes, they leave us scratching our heads in bewilderment. Alcatel‘s newest smartphone feature maybe of the latter, but it is also one that partly makes sense as well. The new ONETOUCH IDOL 3 announced MWC 2015 boasts of many high-end features, but perhaps its most eccentric one is that it is usable even when held upside down.

Technically, this feature isn’t all that hard to pull off. The manufacturer simply just allowed the display to be rotated even when turned upside down, behavior that is not enabled on almost all devices. Alcatel’s designers say that this feature answers the need to be able to use the smartphone almost instantly in whatever orientation you pick it up from your bag or pocket. That said, it takes more than just simply rotating the display to make a smartphone usable upside down. The entire design must also adapt to that use case. For that very reason, Alcatel put dual front facing speakers so that you can use phone right side up or otherwise. It doesn’t mention, however, if there are also two mics positioned at both ends as well. The volume and power buttons, of course, are still located in one place, so this feature is really meant only for urgent scenarios.

That’s not to say the ONETOUCH IDOL 3 doesn’t have any other interesting features. Those same front facing speakers are powered by JBL audio, enhanced with Clari-Fi technology, delivering hi-fi audio and in 3D surround even. This makes the ONETOUCH MIX music app, which lets you remix tracks, all the more interesting. It has a 13 megapixel rear camera is quite decent but the 8 megapixel sub camera will be a delight.

The Alcatel ONETOUCH IDOL 3 comes in two variants. There is a 4.7-inch HD model that runs on a quad-core CPU, most likely the 64-bit Qualcomm Snapdragon 610. The larger version has a 5.5-inch Full HD screen and is powered by an octa-core chip, which is probably the Snapdragon 810. Both models come with 4G LTE connectivity and run the latest Android 5.0. 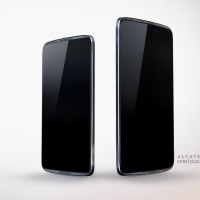 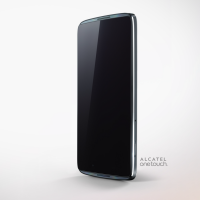 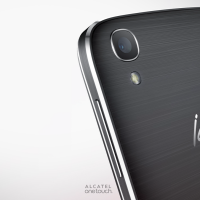 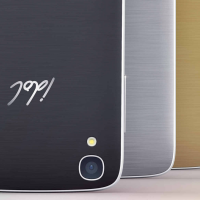 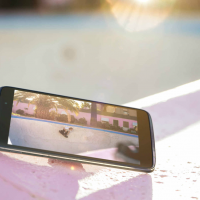 Alcatel has yet to announce when these smartphones will be made available and with what price tag, though, considering the manufacturer’s previous devices, it shouldn’t cost an arm and a leg.