Cricket Wireless is the exclusive US home for the Alcatel IDOL 5, an Android smartphone with a 5.2″ display and what Alcatel describes as a VR-optimized design. The company bills the IDOL 5 as a handset with “premium features” despite a relatively budget price ($199). Though the company now has the phone listed on its website, it won’t actually be available to buy until October 27.

The IDOL 5 features a Full HD 1080p IPS display with Corning Gorilla Glass 3.0. This is joined by a pair of front-facing 2.8 watt speakers, a 2850mAh battery that supports fast charging, and a bunch of connectivity features. Users get access to NFC, Bluetooth 4.2, dual-band WiFi, support for 4G LTE, VoLTE, FM Radio, A-GPS, and USB-C. 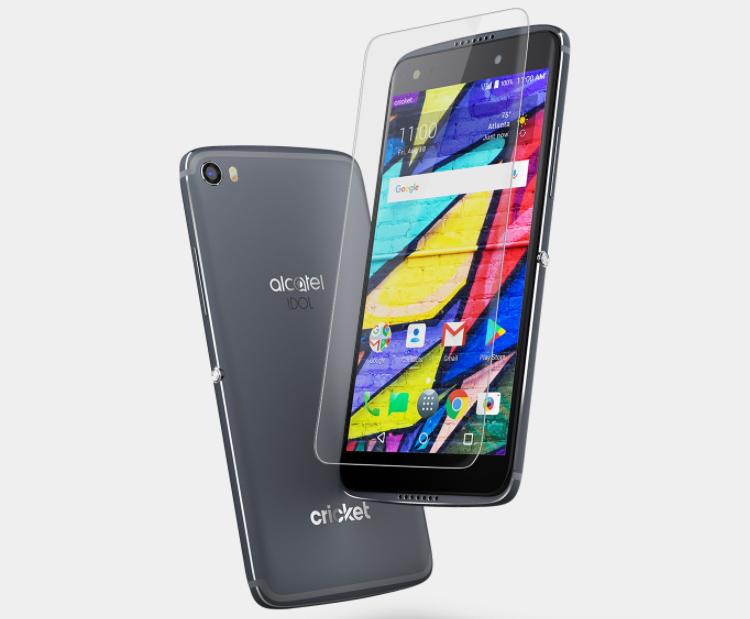 Those are pretty decent specs, all things considered, though the phone does make some compromises in other areas. Namely, the IDOL 5 only has 32GB of internal storage, and while that’s not tiny, it is also lower than the 64GB that has become common. However, Alcatel does include a microSD card slot in the handset, and it supports capacities up to 256GB.

Under the hood lies a Helio P20 octa-core 2.35GHz processor, 2GB of RAM, and a variety of sensors including gyro, hall switch, e-compass, ambient light, proximity, and accelerometer. Finally, the rear camera has a 12-megapixel sensor alongside a dual-tone flash, a 79-degree angle lens, and the ability to record video at up to 1080p. The front-facing camera has an 8-megapixel sensor alongside a High CRI flash.