After thirty years Lexus is ready for its next huge challenge

The Lexus brand was born of an obsession to make the best car in the world. It’s as simple as that. Toyota founder Eiji Toyoda issued the challenge back in 1983: to create a new premium sedan that would go head-to-head with the best from BMW and Mercedes-Benz. Hiding under the initial code name of Circle F – which eventually became F1 or Flagship One – Lexus began working on their first car, the LS sedan. Interestingly enough, it was around the same time fellow Japanese carmakers Honda and Nissan were also working on their respective luxury arms, Acura and Infiniti.

Toyota’s team wasn’t quite starting from scratch. The automaker already had the Century and Crown with V8 and inline-six motors before the Lexus LS came to fruition. Both of those cars, though, were strictly intended for the Japanese market alone. And, even though Toyota already had the best production equipment in the world during that time, Eiji Toyoda wanted a new luxury sedan for the international market. That meant it had to have a V8 engine. 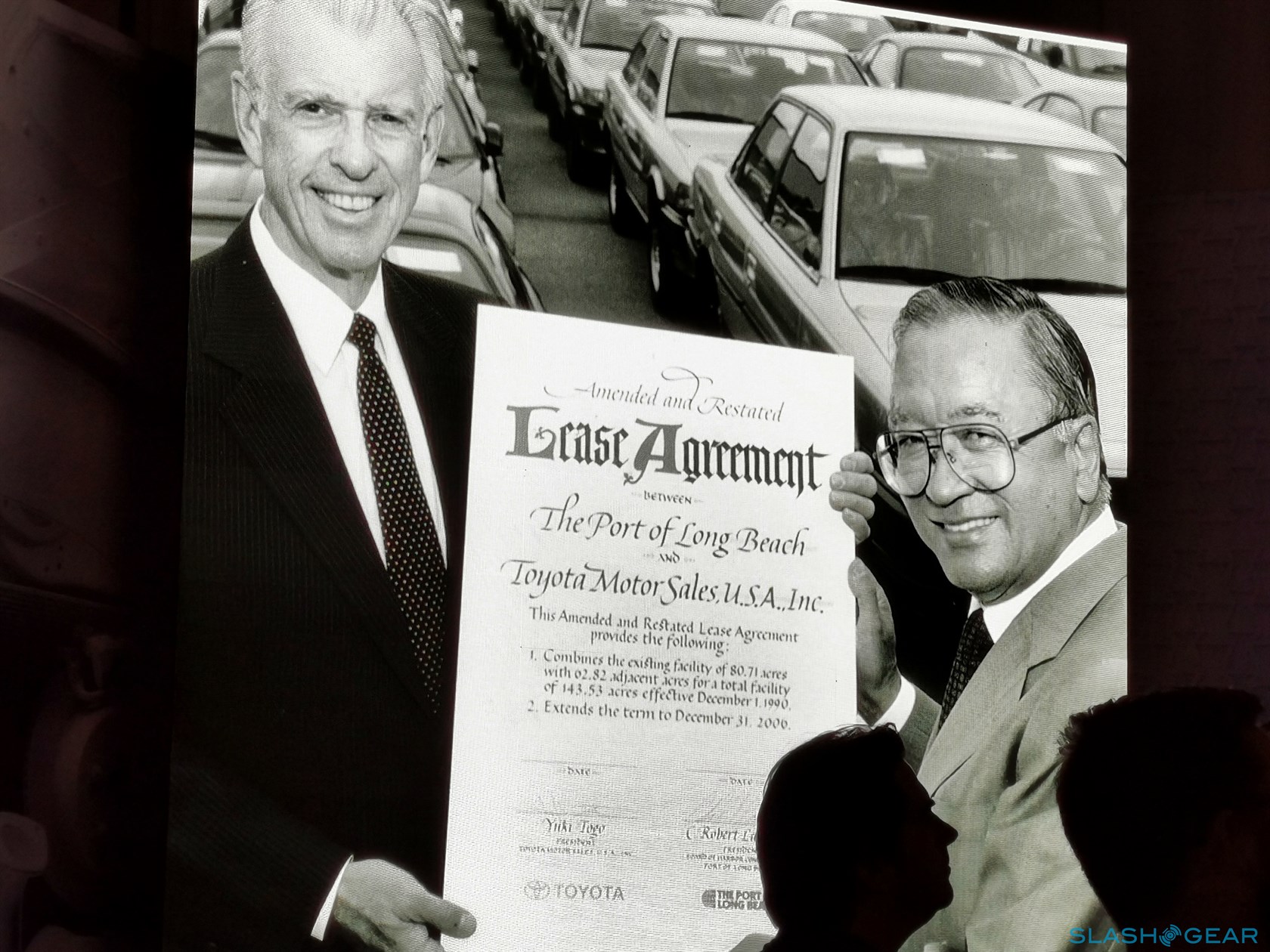 Responsibility for the newest and most prestigious Toyota sedan rested in the hands of Ichiro Suzuki, who was appointed the chief engineer of the Circle F/F1 project car. The first order of business was to have a better understanding of the intended market. Suzuki needed deeper insight into potential buyers, and so he turned to focus groups investigating prime luxury car territory: the USA.

As it turned out, customers were asking a lot of their luxury vehicles. American drivers wanted a car that was fast yet fuel-efficient, elegantly beautiful yet aerodynamic, extremely quiet and luxurious, without being heavy or looking like a pregnant hippo. At that time, those were seemingly impossible goals, but Ichiro Suzuki was tasked to make it possible. Those self-same qualities went on to become the guiding principles for every successive Lexus model.

Then there was the issue of speed. Before the Lexus LS, no single Toyota model was capable of exceeding 100 mph – aside from the Supra, of course – so the company needed to work on its muscles in the speed and handling department. The LS prototype racked up more than 3 million miles of road-testing and high-speed driving, with most of the high-speed and endurance testing conducted on the German Autobahn. With the approval of the final exterior design of the LS in mid-1987, it had a record-setting coefficient of drag rating at 0.28 Cd, which is better than most sports cars. 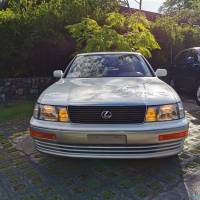 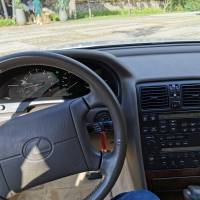 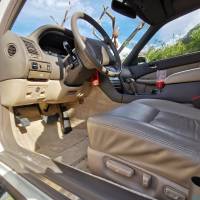 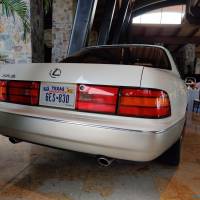 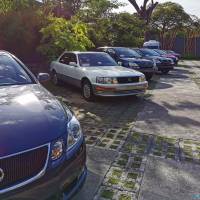 But project F1 needed a proper name. It was originally meant to be a Toyota; the Lexus brand was plucked from a pool of names that included Alexis, Calibre, and Verone. Interestingly, the Lexus name derived from ‘Alexis’ by omitting the first letter A and changing the letter ‘I’ to ‘U’.

The moment of truth came in January 1989, as Lexus introduced the LS 400 luxury sedan at the North American International Auto Show. Choosing Detroit as the venue for the introduction of the LS 400 was to be a clear message that Lexus was aiming to take over the world. The result of approximately $1 billion in development costs and the handiwork of 24 engineering teams, more than two thousand technicians, and no less than 450 prototypes, the first-gen LS perfectly embodied the Lexus credo of delivering The Relentless Pursuit of Perfection. 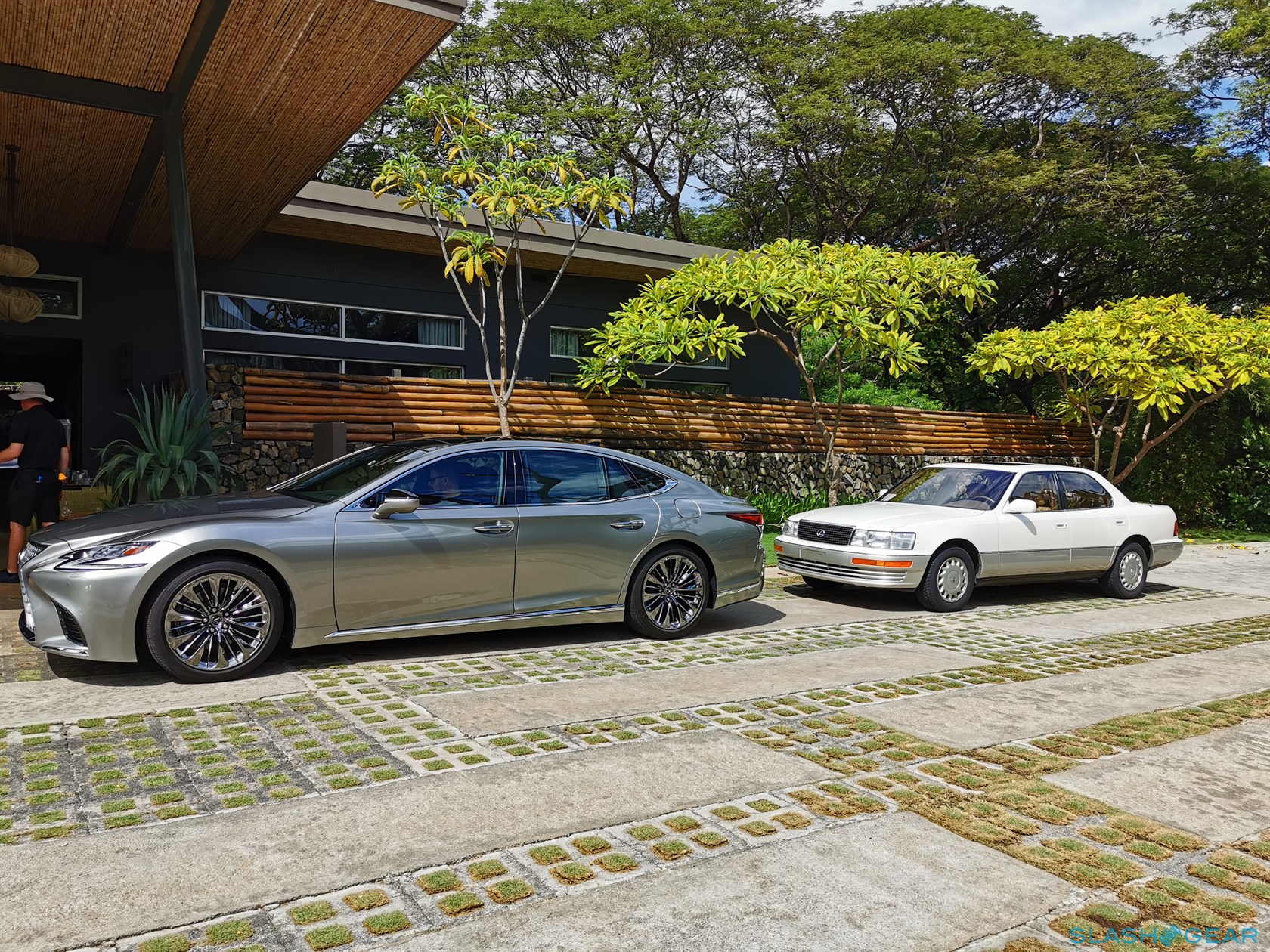 Long story short, Lexus sold more than 16,000 LS 400 sedans less than a year after launch. Reviewers and owners alike praised its serenely quiet ride, powerful and responsive V8, the impeccable build quality of the spacious and luxurious interior, and the handling dynamics provided by the standard rear-wheel drivetrain.

Even missteps became an opportunity to demonstrate how Lexus was taking luxury seriously. When the automaker issued a voluntary recall to fix some wiring issues, it deployed a team of engineers and technicians to not only resolve the issue as quickly as possible but do so in a way that would establish the brand’s reputation for years to come.

Lexus ordered the cars to be picked up, repaired, and returned to owners free of charge. From then on, the Lexus name became instantly attached to obsessive quality and attention to detail. “You hear us talk all the time about things like craftsmanship, attention to detail, thoughtful feature design. We think all these things are really clear in all Lexus products around the world,” said Lexus Michael Mo. “And of course, we wouldn’t be Lexus if we didn’t talk about our attention to customer satisfaction, still one of our hallmarks.”

Part of this commitment is the relentless passion for improvements. Shortly after the Lexus LS 400 launched, Ichiro Suzuki and his team established an anti-aging program, tasked with making sure the LS 400 remained as tight as a drum even after 50,000 miles of driving. Suzuki wanted the LS 400 to look, feel, sound, and perform like brand new, even with many miles on the odometer. 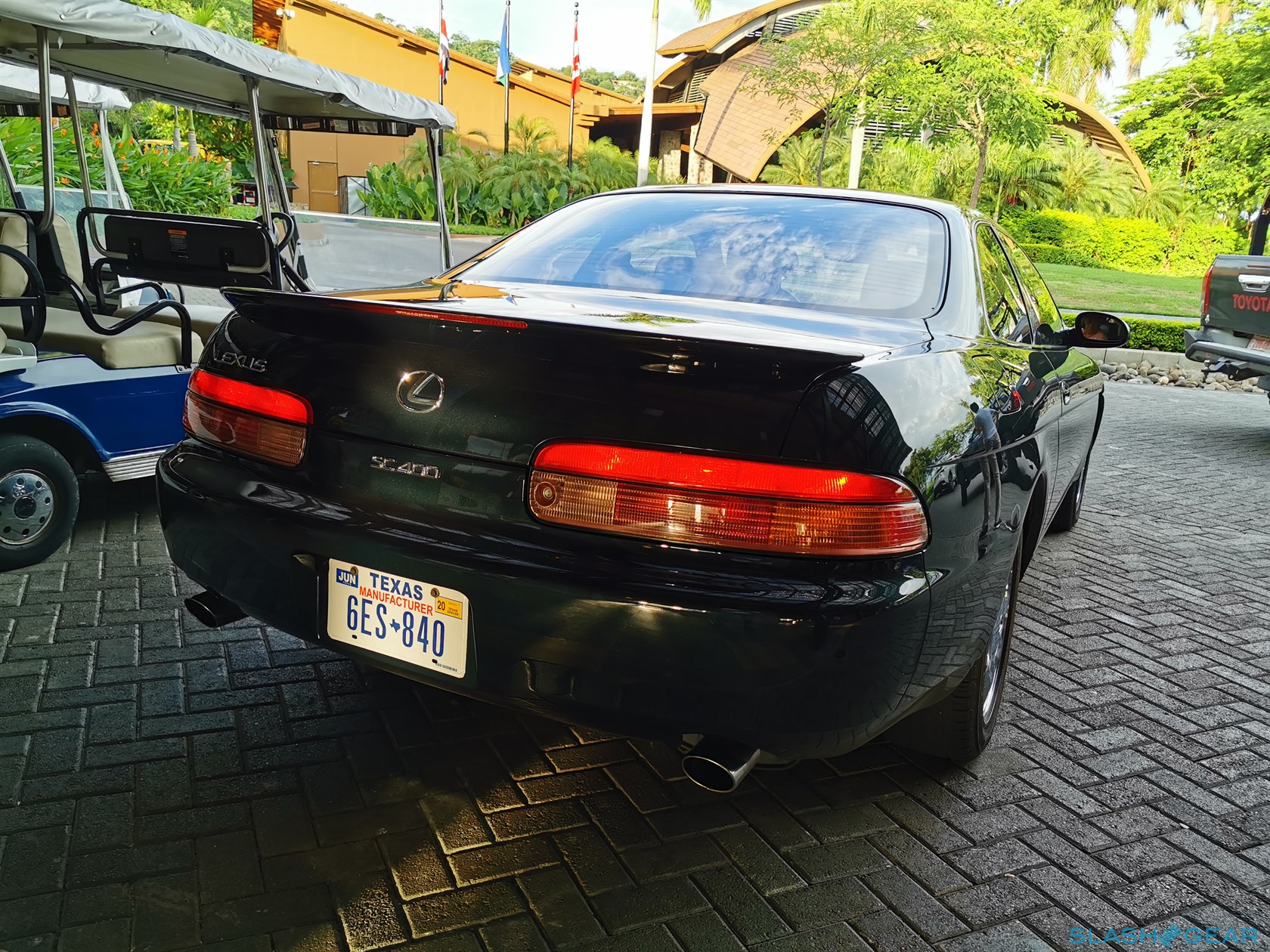 After the LS 400 came the SC 400 sport-luxury coupe. This time, Lexus wanted a slice of the pie previously dominated by the Mercedes-Benz SL and Acura Legend Coupe. Making its debut in 1991, the SC 400 came with the same 4.0-liter V8 motor as in the LS. Interestingly enough, Lexus offered a 3.0-liter 2JZ-GE inline-six in the SC 300, but the SC 400 is still the daddy with its venerable V8. High-end models also came with electronically-controlled air suspension and an active chassis package to enhance sporty handling and included four-wheel steering to help stabilize the vehicle on those high-speed and sweeping corners. 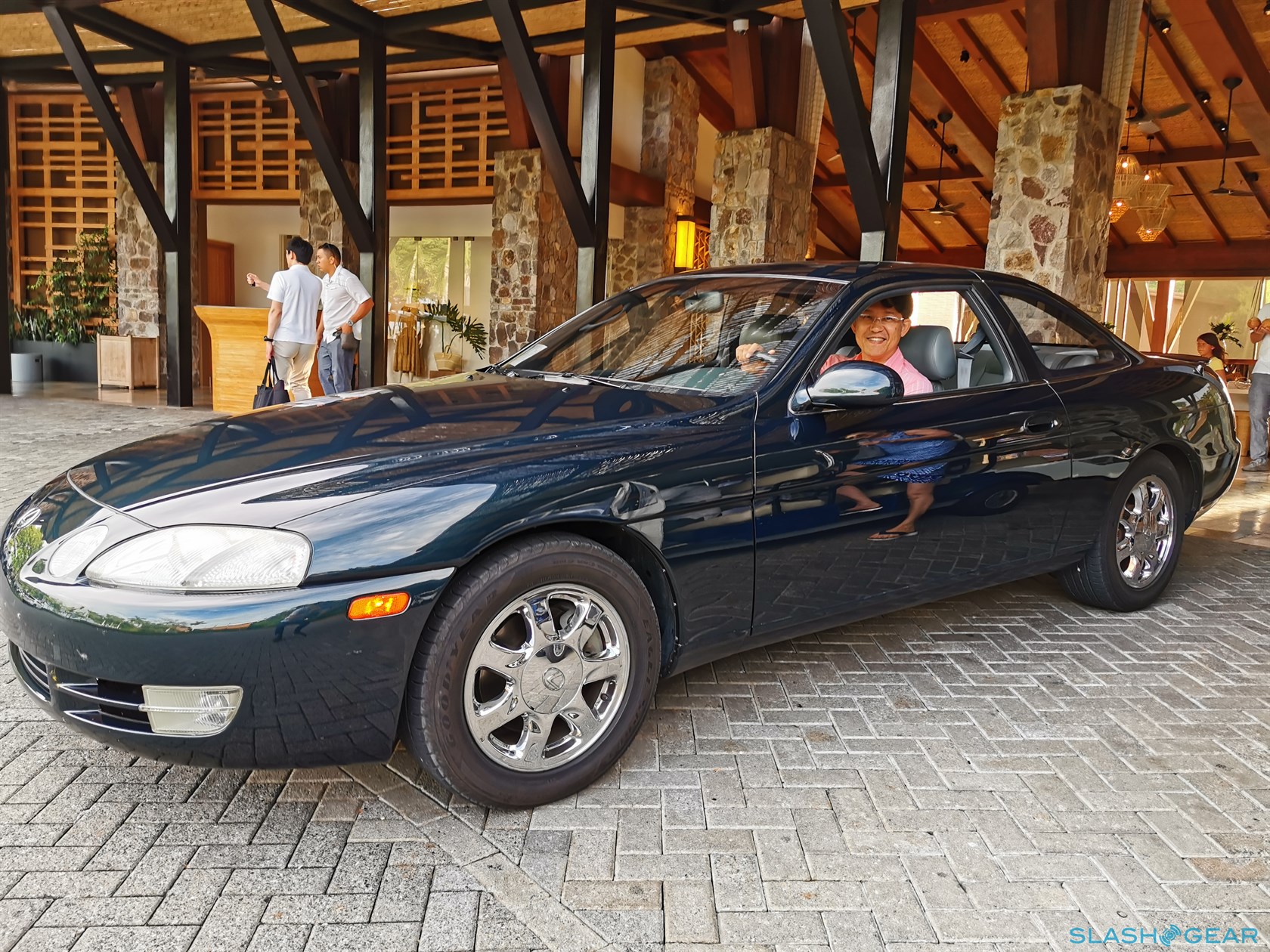 Designed by Italdesign Giugiaro, the Lexus GS came next in 1993. Expanding the range involved dipping back into Toyota’s sizable portfolio, the GS beginning its life not as a “proper” Lexus but instead as the Toyota Aristo, a midsize luxury car that utilized the platform and basic components of the Crown Majesta. The first-gen model came only with an inline-six, but succeeding models offered the option of a larger V8 motor. The Lexus GS also came with a new double-wishbone semi-active suspension system, traction control, and a torque-sensing \limited-slip differential. 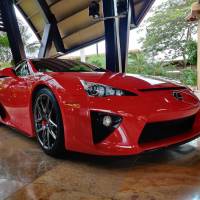 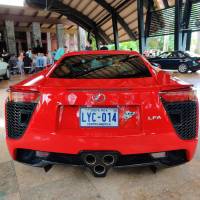 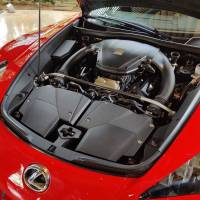 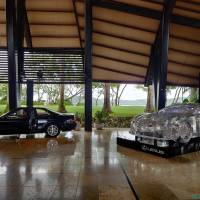 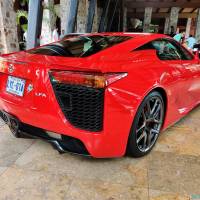 If the LX was its origin, it took an SUV to give Lexus its perennial star. The first-generation RX 300 SUV – based on the Toyota Harrier and, later, the Toyota Highlander – came to market in 1998 and boasted a powerful 3.0-liter V6 motor. It rode on a raised and reinforced platform derived from the sixth-generation Toyota Camry, and like the Camry it proved an instant sales success, immediately becoming the best-selling model in the Lexus portfolio.

Looking back, the Lexus RX essentially invented the luxury crossover segment. The RX 400h hybrid followed soon after in 2004, using the Lexus Hybrid Synergy Drive with two electric motors. This allowed the RX 400h the necessary powerplant to go from 0 to 60 mph in 7.3-seconds while using no more than 34 mpg in the combined cycle. Because of this, the Lexus RX 400h became eligible to be qualified as a Super Ultra Low Emission Vehicle in the USA. 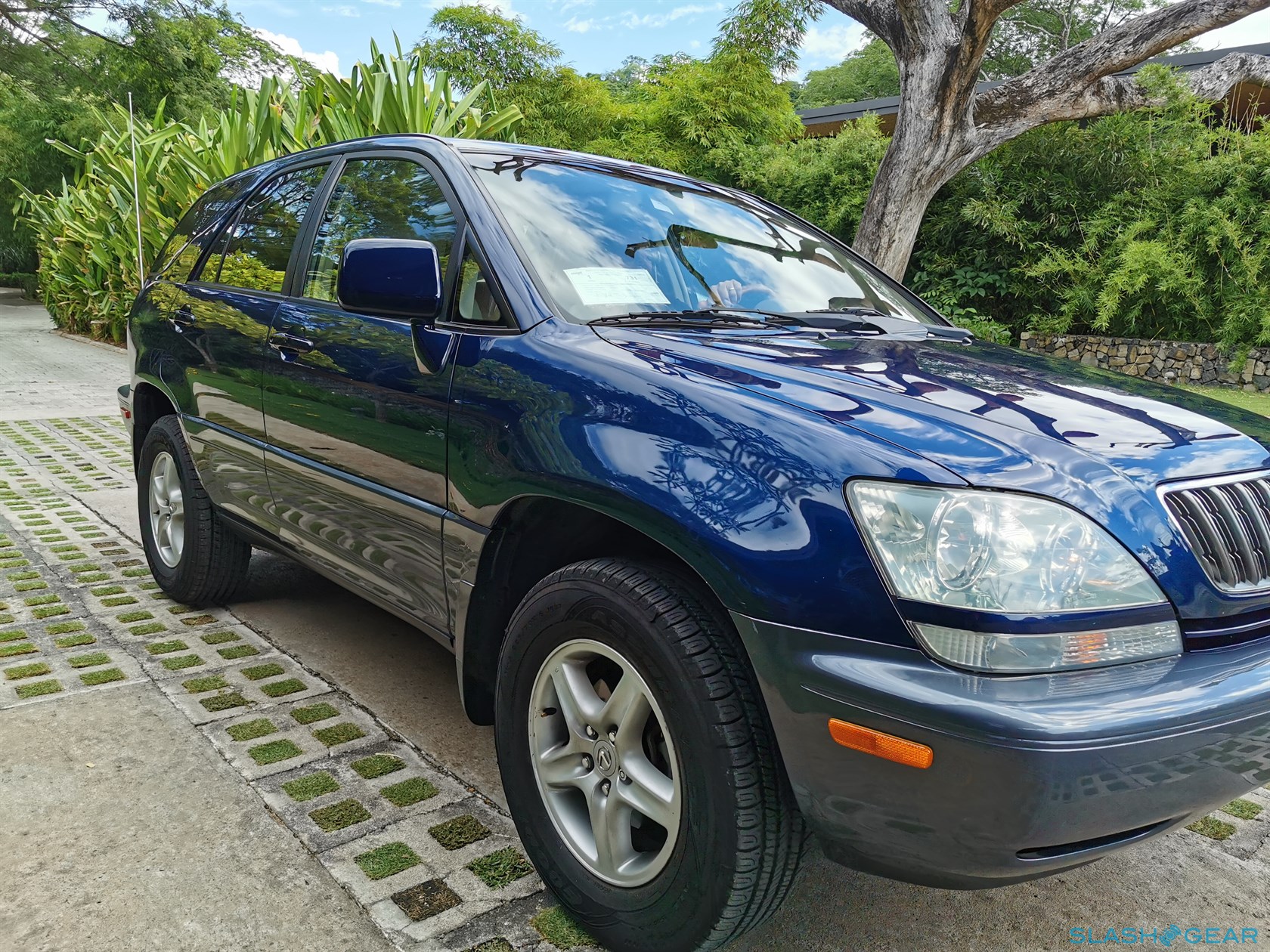 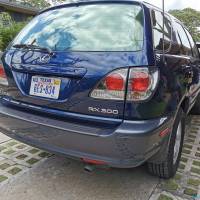 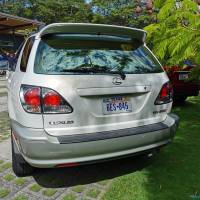 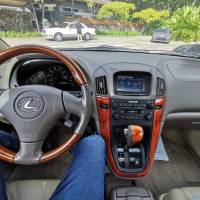 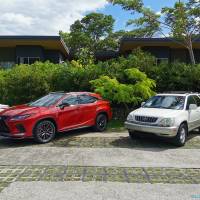 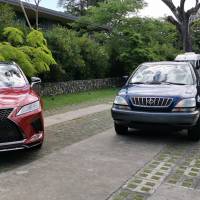 It wasn’t to be the only hybrid in the Lexus portfolio. The GS 450h arrived in 2007, snatching the crown as the world’s first mass-produced luxury hybrid vehicle with rear-wheel-drive. It has a combined output of 341-horsepower courtesy of a 3.5-liter gasoline-fed V6 engine and a permanent magnet electric motor; Lexus billed it as the performance of a sports car without the usual penalty of dire fuel economy. The hybrid version of the GS offered similar performance numbers to other vehicles equipped with a 4.5-liter V8, indeed, which is why Lexus chose the 450 designations for the GS hybrid.

Come 2007, Lexus dipped back into its very earliest days to create the Lexus F marque, and the first car to bear that badge, the IS F. Intended to compete with BMW’s M Division, Audi’s RS, and Mercedes-AMG, it was the handiwork of chief engineer and designer Yukihiko Yaguchi, a man who worked on all four generations of the Toyota Supra and the domestic model of the Toyota Chaser. True to form, the IS F came with a burly 5.0-liter V8 with over 417-horsepower, jointly developed by Yamaha and Kimura-san, the head of Yamaha’s Formula 1 engine program. 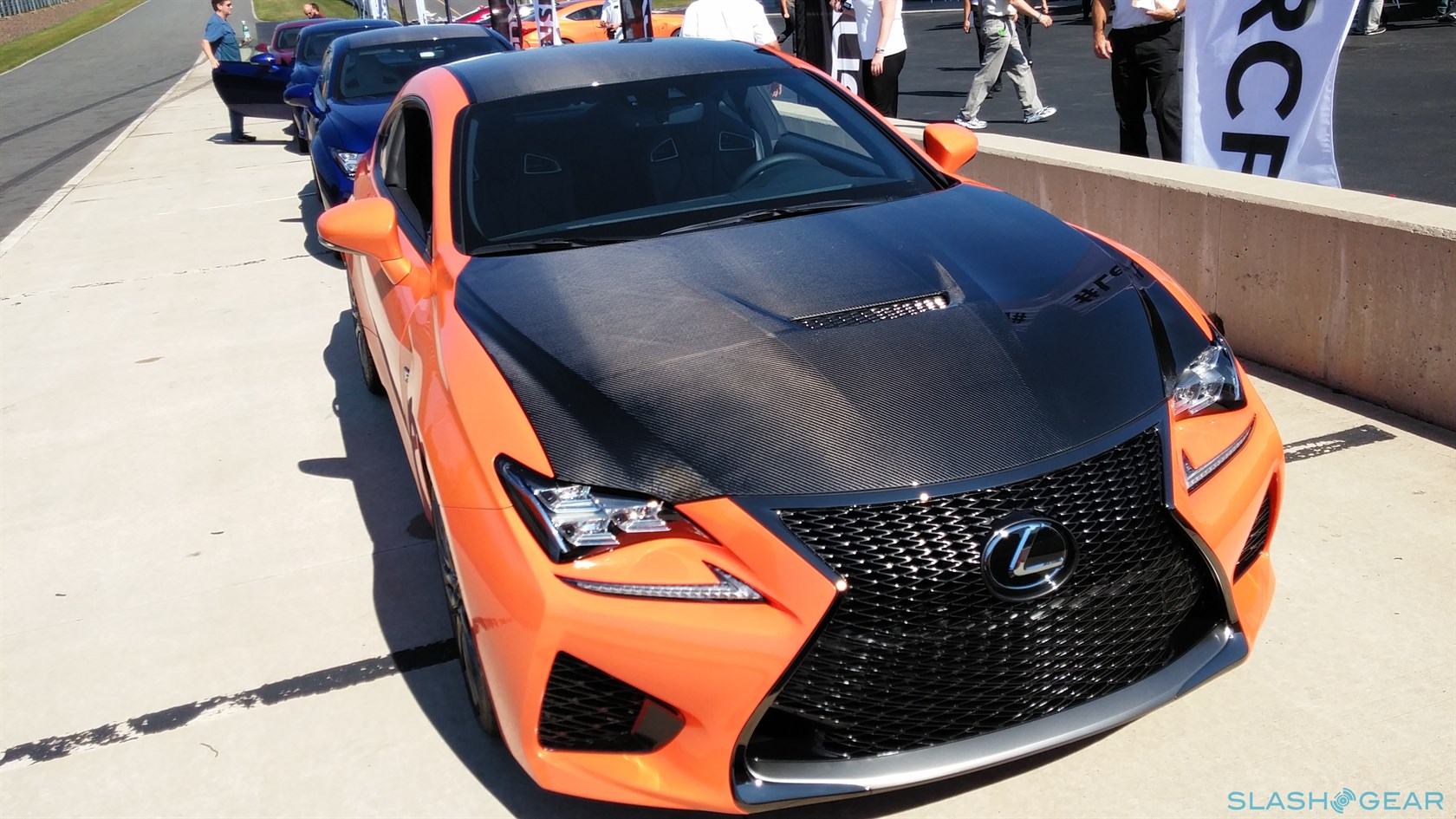 Of course, it’s foolish to discuss the history of Lexus without mentioning the LFA supercar. Up until the release of the Lexus LFA, Lexus vehicles never sold under the Lexus badge in Japan. Yet, with Lexus a global brand, it needed a halo car that not only stood out from the rest of the competition but did so in a way that would demonstrate the fierce attention to detail the automaker had become notorious for. The LFA was to be the perfect vehicle to fulfill that role.

Truth be told, upper management and shareholders were against the LFA project, primarily down to one reason: astronomical development costs. Every component in the LFA was developed uniquely, and couldn’t be repurposed for other vehicles. The LFA project was eventually approved with a production number capped at 500 units globally.

The original LFA prototype rode on an aluminum chassis; however, Akio Toyoda wanted to know the difference if the LFA came with an all-carbon-fiber chassis, and it turned out those differences were obvious. The mandate came down from the top: the LFA needs to have a carbon fiber chassis, even if Toyota’s Motomachi plant had zero prior experience with composites.

The Lexus LFA earned the distinction of racing at the 24 Hour ADAC Nurburgring circuit as a prototype. Chief test driver Hiromu Naruse and Akio Toyoda himself established Gazoo racing in 2007, with a pair of LFA prototypes. Their idea was straightforward: apply the lessons learned from racing into the development of the production LFA. The first such car rolled off the line in December 2010 in front of Akio Toyoda himself, by then the newly-appointed president of the Toyota Motor Company. 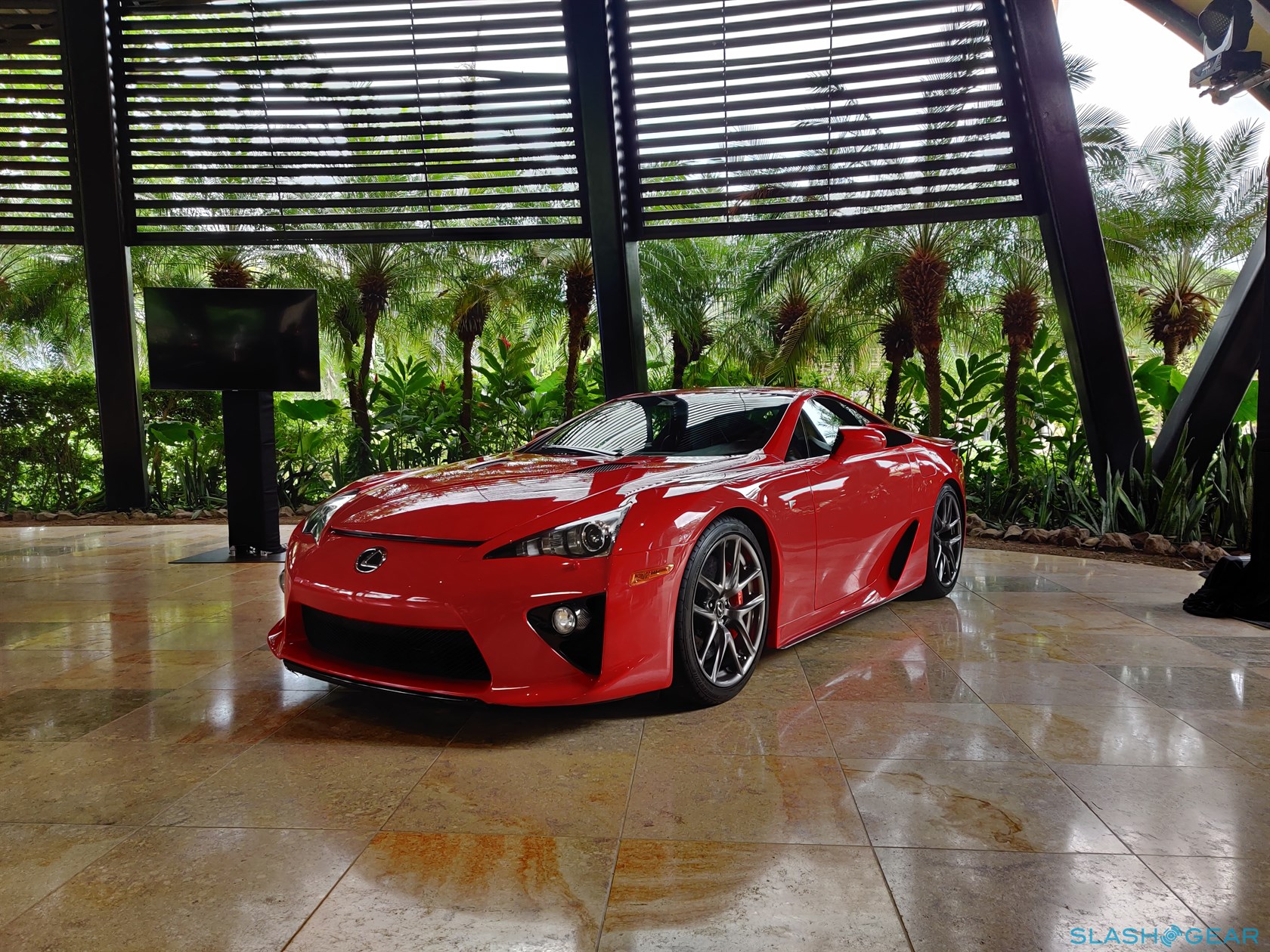 Fast forward to 2019, and there are more challenges afoot. Lexus teased us with a near-production model of the new LC convertible at the Goodwood Festival of Speed, but the real changes will come as the reveal of an all-electric concept at the upcoming Tokyo Motor Show. Lexus remains coy on the details, but we figure the new EV will ride on the same EV platform jointly developed with Subaru.

Despite the imminent full-electrification of Lexus vehicles, the company remains dedicated to hybrid technology. “We believe pure EVs are one of the options for our future vehicles, but our understanding includes hybrids, PHEVs, and even fuel cell,” said Koji Sato, EVP, Lexus International. “It all depends on the improvement of the infrastructure situation.” Lexus also revealed its plans for an EV powertrain relying on unique in-wheel electric motors. Will we see this technology in the new Lexus EV concept at the Tokyo Motor Show? We’ll have to wait until October to find out. 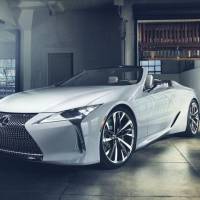 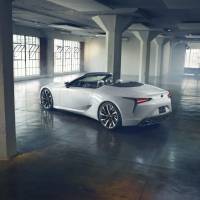 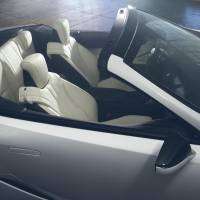 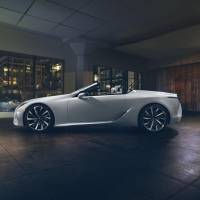 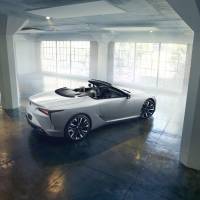 It’s hard to imagine a world of luxury cars without the Lexus brand. The company made some impressive strides in the industry, despite being in the business for a relatively short amount of time compared to the rivals it was so determined to challenge. “Lexus has really only existed for 30 years since our birth in the United States,” said Michael Moore, National Manager Lexus Product Marketing at Lexus. “But even so in that 30 years, we feel like we’ve had a pretty fast and pretty impactful rise in the luxury space. We like to think of it as sending 100 years of history in just 30 years of actual time.”