Ads on the Web: it’s time to make a change

Google has just recently implemented a rather hard-handed change in its Chrome web browser that would effectively remove many of the most annoying ads on the Web. Some hail it as a huge step forward in ad control, others bemoan Google’s self-serving interests on the matter. Whichever side you’re on, the controversy around it, plus Google’s industry clout, could very well be the straw that breaks the Web ads camel’s back. Because at the end of the day, neither users nor publishers are happy with today’s ads.

Here’s the lowdown on how Google stirred up the hornet’s nest once again. Though it wasn’t by surprise, since Google gave ad platform makers and website owners plenty of time to prepare, some still regard Google’s built-in Chrome blocker to be a controversial thing. Yes, it did block the more annoying and intrusive ads that ruin your browsing experience. But how it’s deciding on what to block and what to let through that’s ruffling some feathers.

Google is citing the Better Ads Standards as its guidelines for which ads qualify and which don’t. These standards were made by the Coalition for Better Ads, which Google paints as an industry-backed body pushing for a better ad experience. It’s no secret that Google is a founding member, but there are whispers that it was Google that may have dictated those standards.

Conspiracy aside, the Coalition’s goal is not to rid the Web of ads, as much as some users would probably like. Instead, they want to make ads more acceptable to the point that people won’t be using ad blockers anymore. And whether you agree with Google’s methods or not, and many won’t, this change could at least how ads are being done on the Web. And change is definitely needed.

Web ads: not your granddaddy’s ads

Ads on the Internet are in need of a makeover. Decades in and some advertisers still don’t get how the medium is essentially different from any other advertising platform in the market. Worse, there are advertising tools that are designed to capitalize on that ignorance, at the expense of users, of course.

The Web works differently from other ad platforms. Print ads are often more thought out because of space constraints. Radio and most TV ads are unavoidable and often rely more on subliminal messaging or repetition. Those naturally don’t work on the Web, so some advertisers have resorted to popups and prestitial blocks to call your attention and force you to give their ads a glance.

In addition to testing users’ patience and being a potential vehicle for malware, these kinds of ads still don’t work and only serve to turn users off. And it isn’t just because users are always in a hurry to get their content. There’s also a reason behind that acquired behavior. Unlike on radio, TV, and print, the more time you spend on a page or the more data that’s downloaded (like for an ad) usually translates to something the user has to pay for. Is it any wonder, then, that users are more than just annoyed at those kinds of ads.

If that were the only problem with ads, then the Coalition for Better Ads’ push would be the end of the story. Unfortunately, for some people, even Google’s “approved ads” are always going to be held suspect. Web ads seem to be, by nature, a battleground for privacy.

Traditional ads work by throwing everything to a wall and seeing which ones stick. On the Web, that’s a complete waste of resources and have proven to be ineffective. Targeted ads is the name of the game, and where there are targeted ads, there will always be some form of user tracking. This is the part about ads that has privacy advocates always up in arms. It’s this aspect of ads that force the likes of Mozilla to tread carefully again and again. And while there might be ways to have privacy-respecting ads, that may not be with the Coalition’s interests. While some users prefer to have ads go away completely, Google and its Coalition would rather make ads be more bearable so you won’t have to use ad blockers and block sources of revenue. 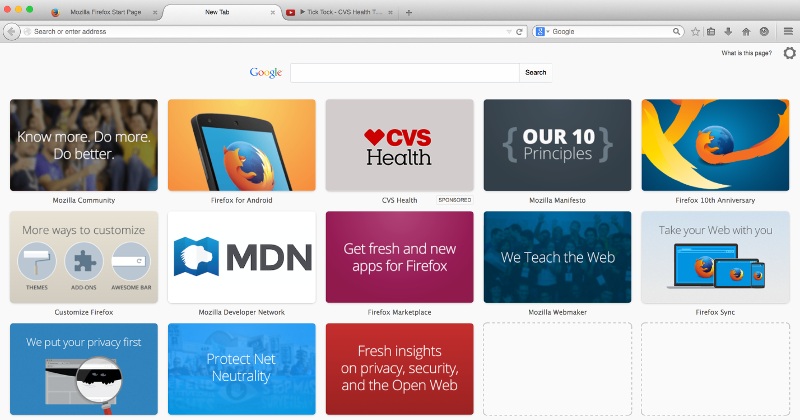 It’s all about the money

In the end, that’s really what it’s really all about. Ads aren’t public service announcements designed to inform users of something potentially interesting to them. They’re designed to bring in customers to generate profits, for the advertiser, the advertising platform, and the publication. And, of course, that is why Google isn’t interested in killing off ads at all. It just wants advertisers to play by the rules. Its rules, that is.

Web ads have gained notoriety thanks to the actions of pioneers, platform makers and advertisers rushing to cash in on the exploding Internet without giving it much thought. Unfortunately, advertisements per se are a legitimate way of making a profit. Especially for some smaller publishers and content creators, it might, in fact, be the only way. Even more unfortunately, that has sometimes come as a disadvantage to their own users and audiences, putting their privacy and sometimes even their security at risk.

The advertising scene on the Web is an ugly mess. Google wants to clean it up naturally, but it will always be held suspect because of its vested interests. It’s a tough compromise to swallow, especially on the part of privacy-conscious users. But as long as there are no other ways to earn revenue on the Web (aside from directly selling goods), ads will always be here to stay. At least with Google’s push, publishers and ad makers will have little choice but to get in line and make ads less obnoxious, even if it means playing by Google’s rules.