On desktop, Illustrator users can expect to find an updated 3D effects panel that should make it easier for newcomers to 3D design to create images. “With the updated 3D panel, you can now add depth to your work and easily create 3D-objects from paths and set up lighting, rotate, and add textures,” Adobe wrote on its blog today. “This is especially useful when you want to create 3D-like graphics from 2D vector objects but don’t have the expertise to design in 3D.”

It should be noted that this update also includes a “ray-traced rendering engine” that Adobe says will work in seconds. Adobe researchers were apparently able to train a denoiser using deep learning and “bleeding edge tech,” knocking the time it takes to render ray-traced lighting down significantly. 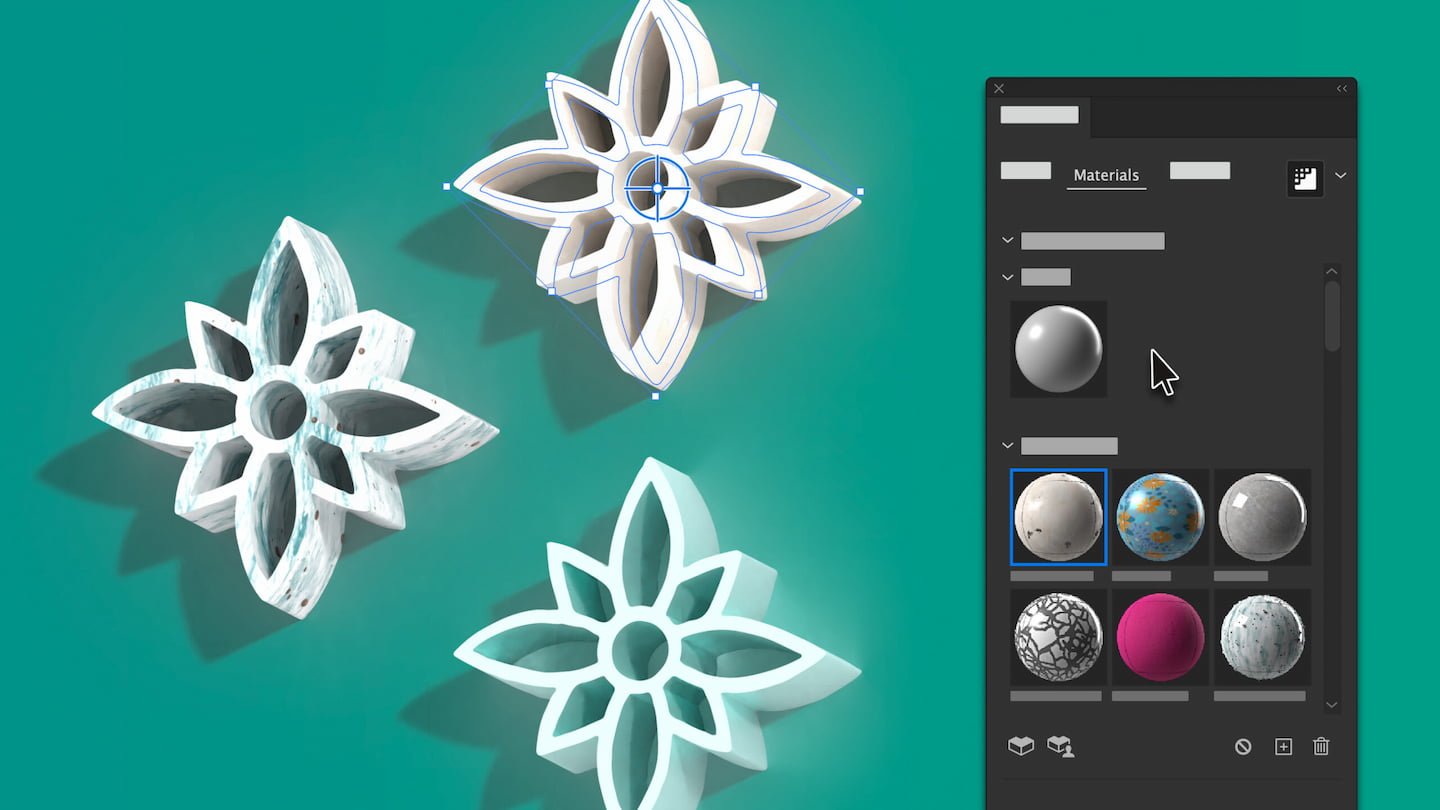 Other features heading to the desktop version include support for 3D materials from Adobe Substance, allowing users to download materials, import them to Illustrator, and then apply them from the 3D panel. A new Discover panel also includes learning resources and information about new features and font auto-activation that will trigger whenever a document is opened in Illustrator.

On the iPad side of things, Adobe has added a Vectorize feature in technology preview. As the name suggests, Vectorize will allow you to turn an image into a vector graphic. Since this is a technology preview that uses machine learning, Adobe expects it to improve over time. 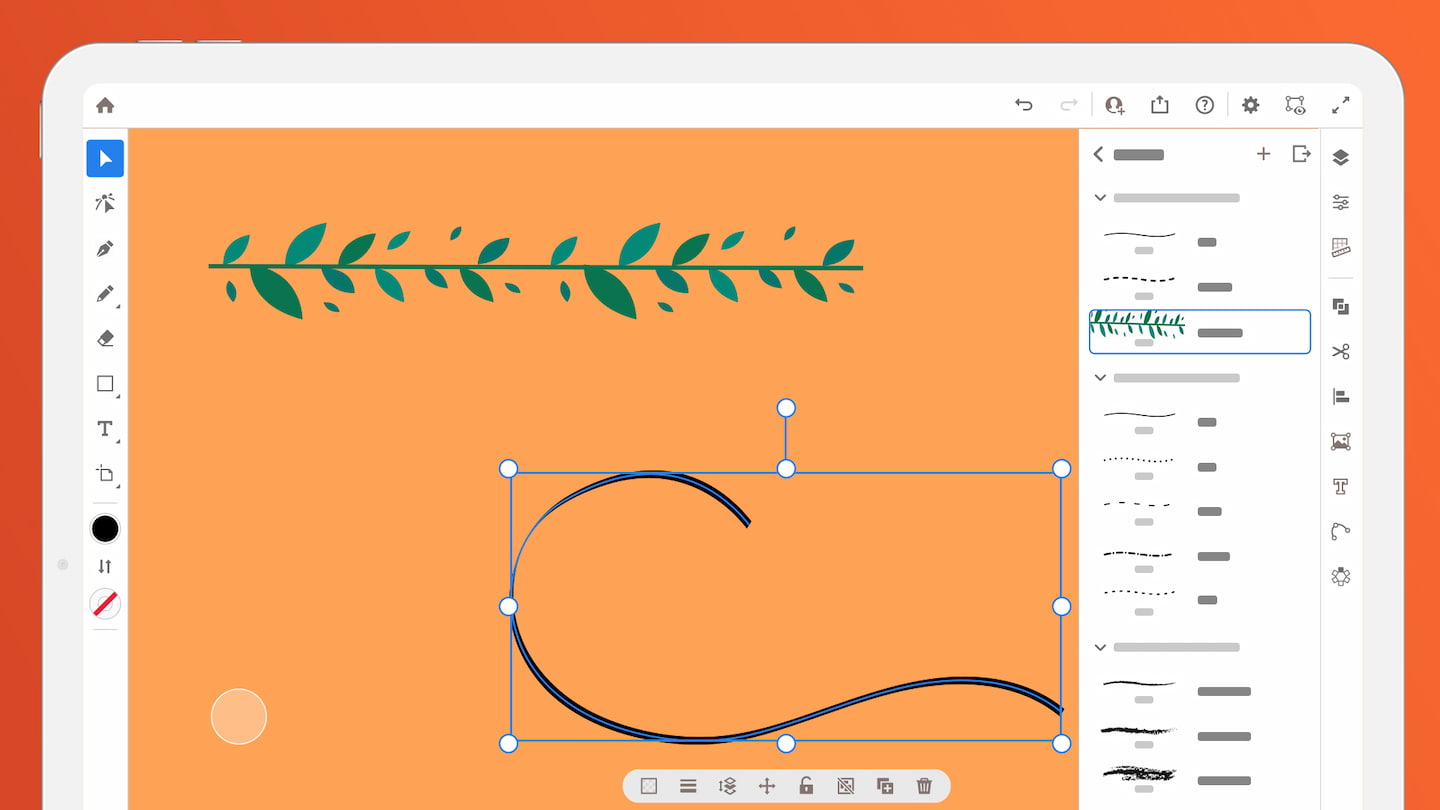 Also new in the iPad version is support for creating artistic and calligraphic brushes and an Object Blend feature. Illustrator for iPad will also now offer rulers and guides, let users look at their version history, and cut and paste text and graphics between Illustrator, Photoshop, and Adobe Fresco. Linked PSD files from Photoshop and Fresco can also be put into Illustrator documents.

Perhaps the most significant thing to hit Illustrator today is part of a larger push for more collaboration features in Creative Cloud. Like Photoshop, Illustrator is getting a new web implementation. With Illustrator on the web, users will be able to share their projects online and allow their friends and colleagues to comment in-browser. The web implementations of Photoshop and Illustrator will even support basic editing features, though it’s hard to imagine these web apps moving beyond a basic feature set as far as editing tools are concerned. 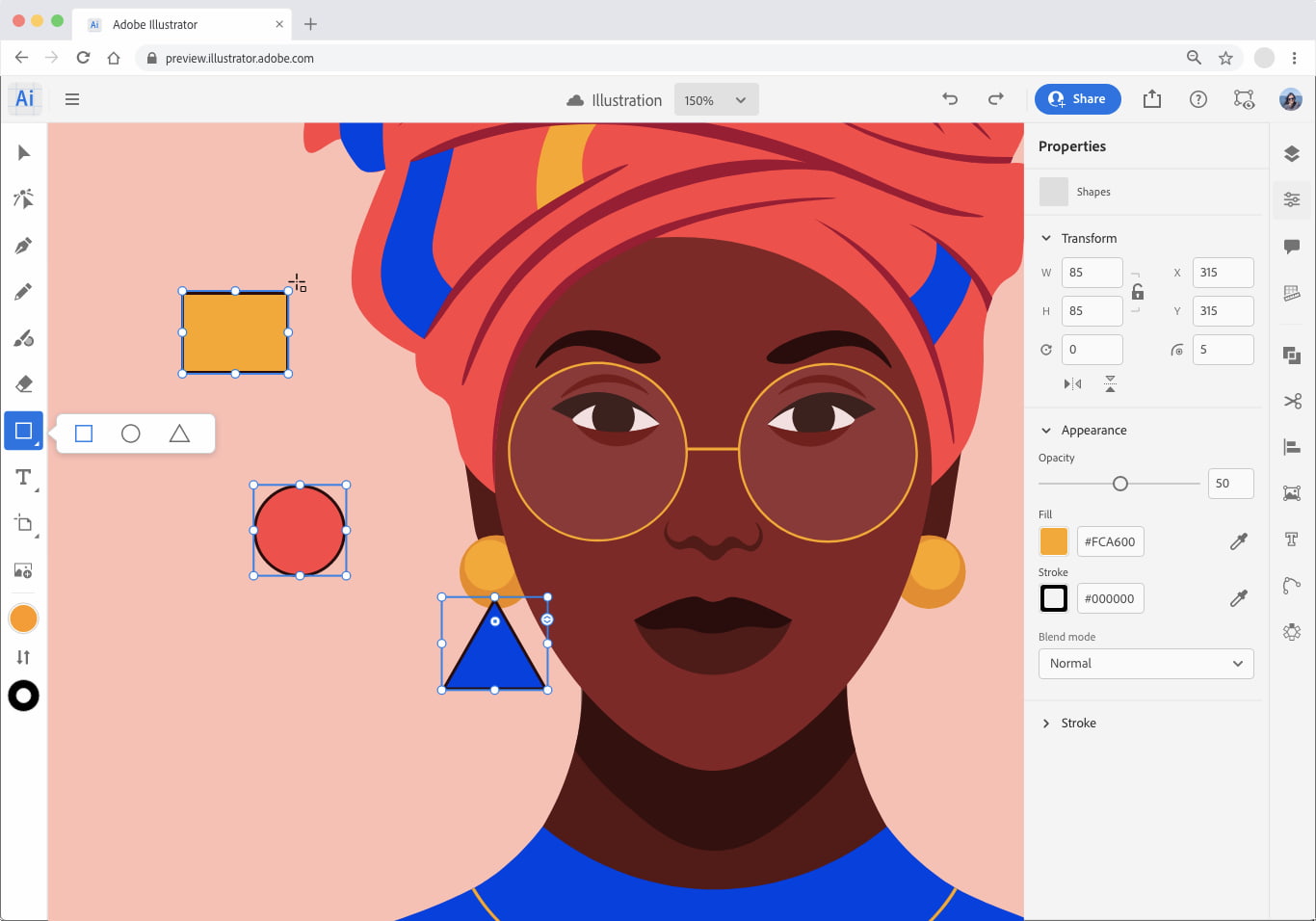 Adobe is also rolling out a new feature called Creative Cloud Spaces, which is something of a digital space for teams to share on a project-to-project basis. Users will be able to upload files and libraries to Spaces so the whole team has access to them. Spaces will also support link sharing, so you can keep links to external resources in one place as well. At first, it sounds like Spaces will be available in Fresco, Illustrator, Photoshop, and XD, with functionality across desktop, mobile, and tablet. 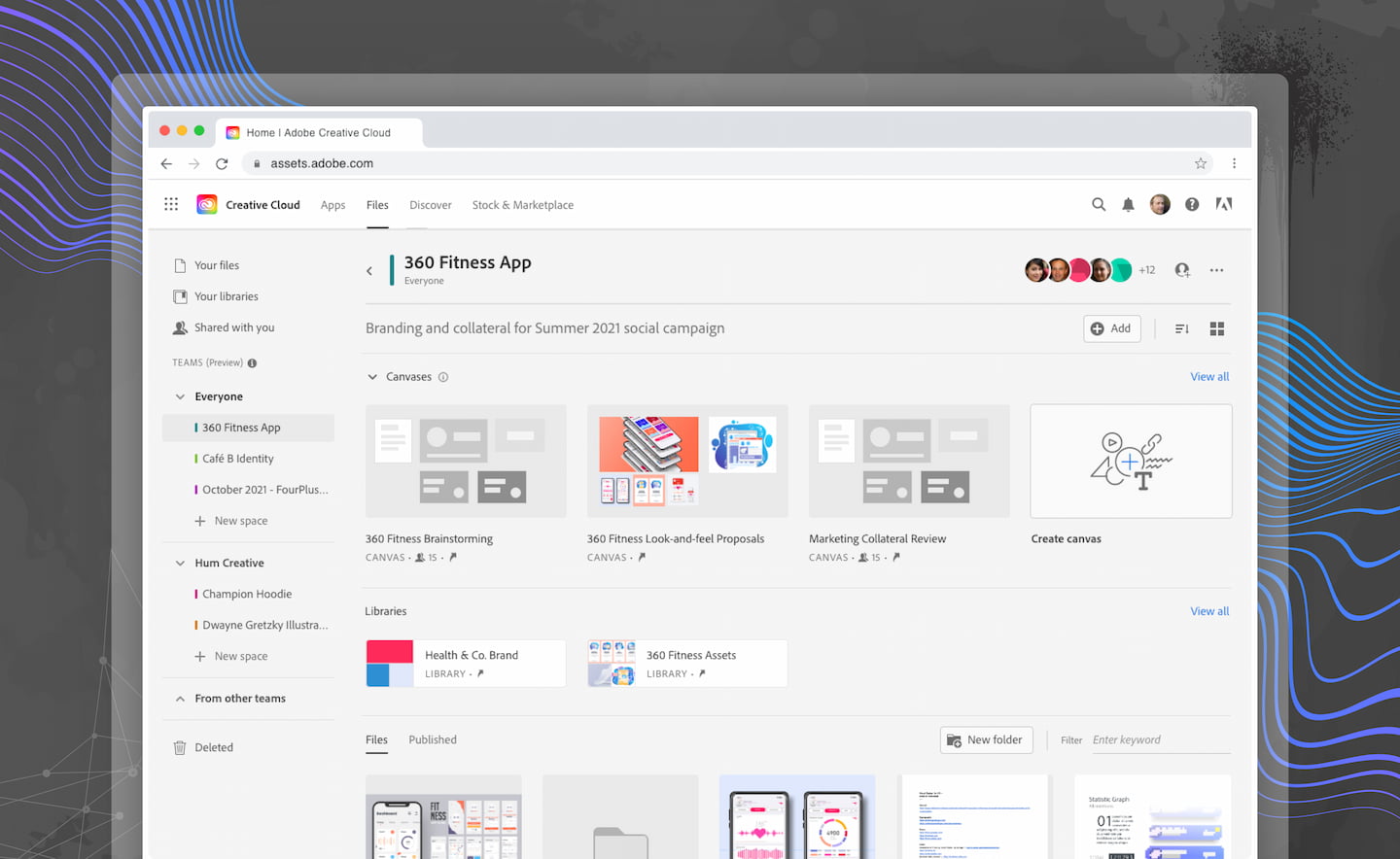 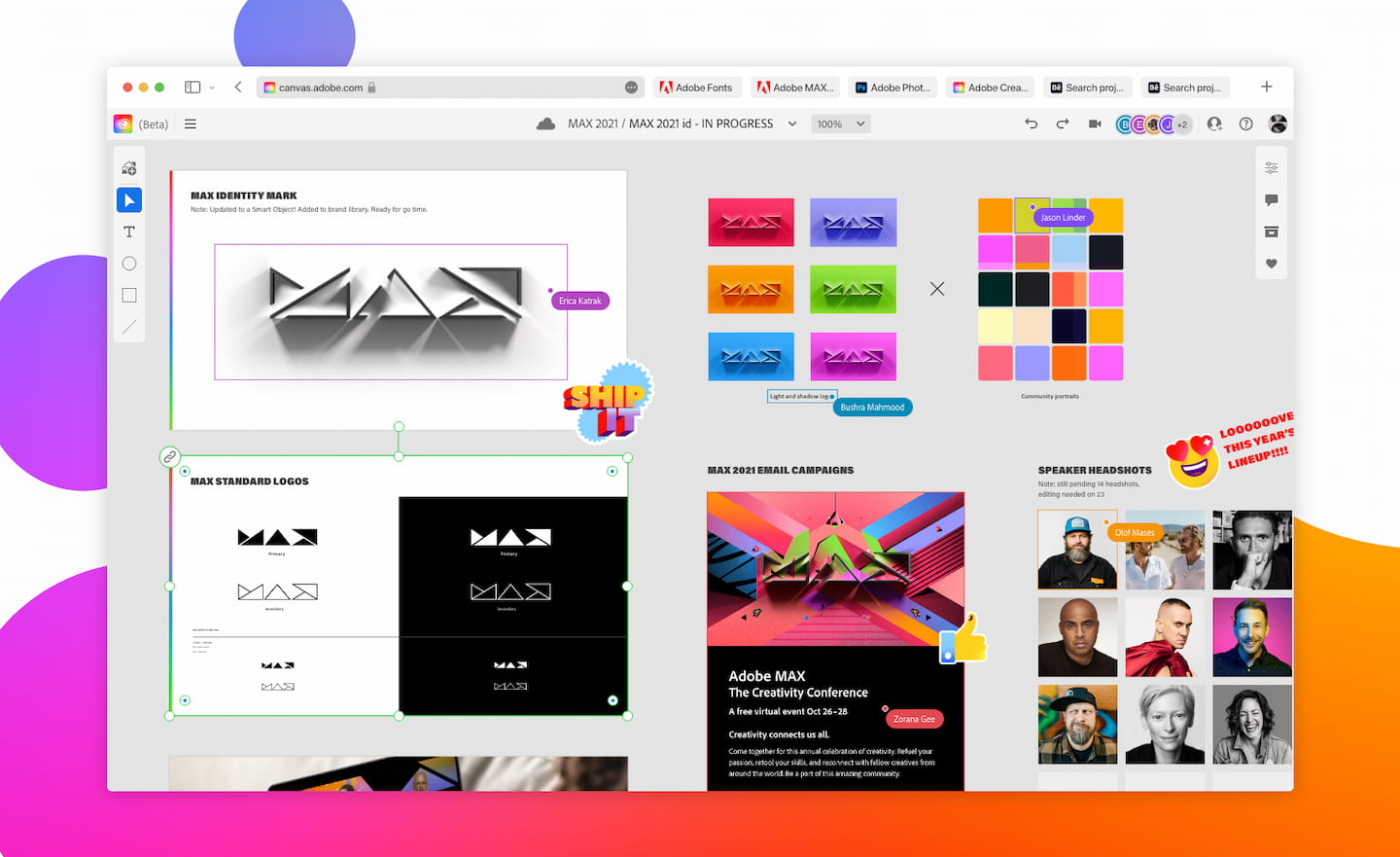 Both Creative Cloud Canvas and Spaces are launching in a limited private beta today, so it’ll probably be a while before these features are available to everyone. You can apply to be in the beta by heading over to Adobe’s website.