Adblock Plus launches its own ad platform

It’s either the ultimate irony or a vindication of the ad tech industry., or both. In what almost sounds like an April Fools scheduled wrong, Adblock Plus, one of the most popular names when it comes to, well, ad blocking, has announced its more formal entry into the ad tech market with its brand new Acceptable Ads Platform. In essence, this platform will allow publishers and websites to display ads even on browsers that have Adblock enabled, but only with the ads that Adblock as approved and in locations allowed by Adblock.

Adblock Plus insist that it isn’t selling ads with this platform. It is simply offering a whitelist of ads. Except they’ll still be getting a 30% cut. Either way you look at it, Adblock users will soon be seeing ads, though Adblock promises that can disable those entirely should they choose to do so.

The Acceptable Ads Platform revolves around the Acceptable Ads initiative that, unsurprisingly, was started by Adblock itself. It is practically a concession of sorts, that basically says “it’s OK to put some ads, as long as their non-intrusive and only seen in locations approved by the Acceptable Ads standards.” In practice, this means ads that don’t popup and are located outside of the main content area. 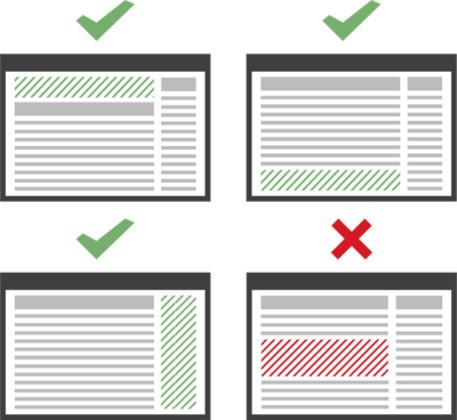 It will, of course, also be seen as an admission of the inescapable appeal of ads in terms of revenue. Ad publishers and sellers have been continuously battling ad blockers because of how those drastically affect businesses and profits. Admittedly, the Acceptable Ads initiative does offer a sensible middle ground, though it still raises the question of whether Adblock Plus should be in charge of deciding what ads are whitelisted.

Amusingly enough, Adblock isn’t the first to set up this kind of ironic business, though it’s bound to be the most controversial. Javascript creator and Mozilla co-founder Brendan Eich earlier this year announced a new Brave browser that had built-in ad blocking support but also had a revenue system for whitelisting ads. This is perhaps signs of a new kind of ad tech business, one that will undoubtedly raise eyebrows, ruffle feathers, and elicit a few LOL’s.