Acer’s Swift 7 notebook is thinner than yours

Those who are constantly on the lookout for the thinnest notebook money can buy might want to have a look at Acer‘s new Swift 7. Available from today, the Acer Swift 7 offers a thickness that clocks in at just 0.39-inches. It’s so thin, in fact, that Acer is saying the Swift 7 is the “world’s thinnest notebook.”

That seems equally impressive and fragile. The first model available is the SF713-51-M90J, meaning that Acer intends to turn Swift 7 into a series of notebooks rather than just a single release. One look at the spec sheet is all you need to know that this is indeed an ultrabook, with a seventh-gen Intel Core i5-7Y54 1.2GHz running the show.

In an effort to keep things relatively snappy, that Core i5 is paired with 8GB of LPDDR3 RAM and a 256GB SSD. The Swift 7’s 13.3-inch IPS display is capable of 1920×1080 resolution and it features Acer Color Intelligence, which promises “brilliant and vivid colors with less CPU loading.” The whole display is outfitted with Gorilla Glass as well, adding a layer of defense against scratches and drops. 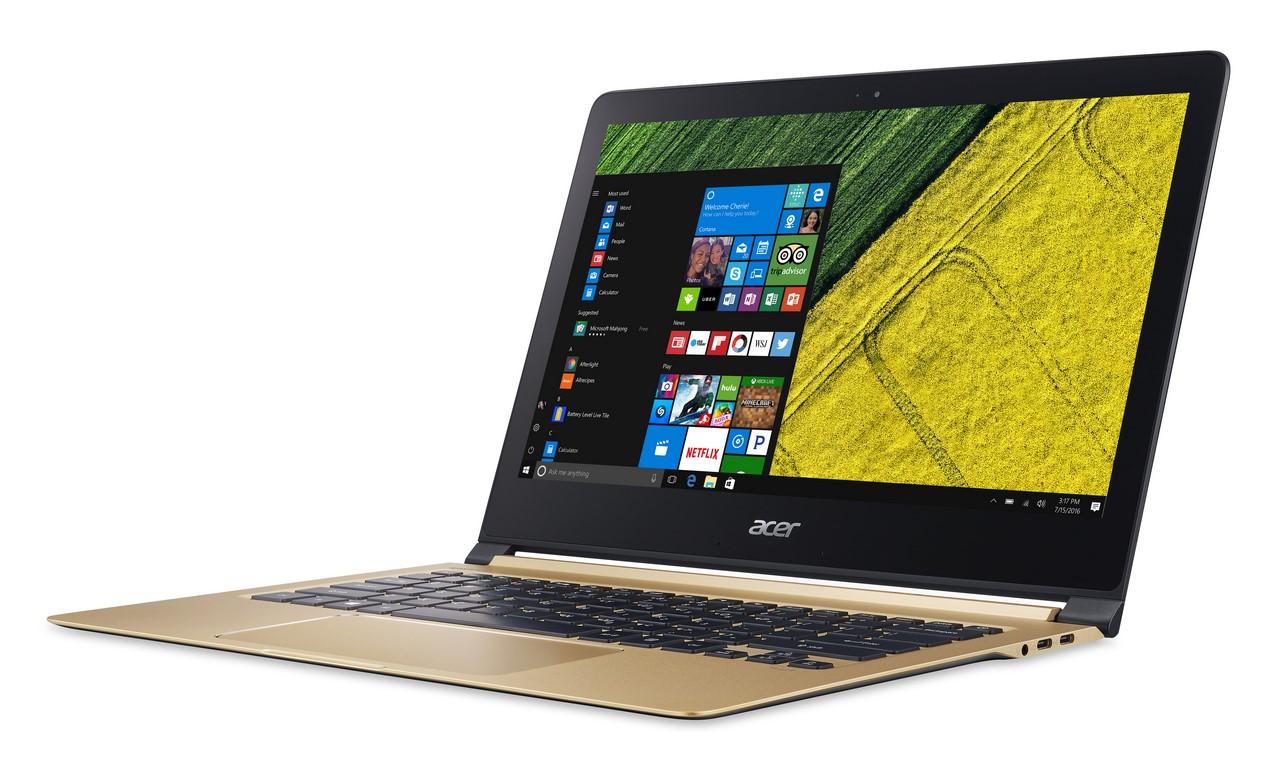 With the 2770 mAh battery this model comes packing, Acer says users can expect up to nine hours of usage from a single charge. Obviously, your mileage may vary depending on what you’re doing with your Swift 7, but having the maximum life top out at 9 hours isn’t too bad. The notebook is finished with a black and gold color scheme, which we imagine will look classy to some and loud to others.

Judging from the hardware list, the Swift 7 seems like it’ll make a relatively solid ultrabook. Its thinness and overall weight of just 2.48 pounds, however, may mean this isn’t a good buy for those who lead a rough and tumble lifestyle. If you do pick one up, you may want to take special care to make sure it doesn’t get stepped on or fall victim to a drop, because it may not survive such a beating. 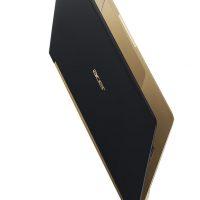 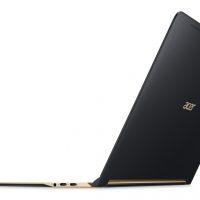 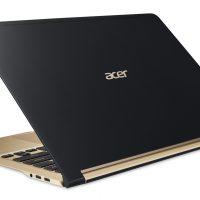 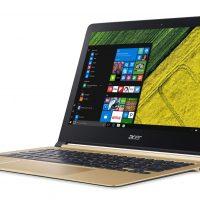 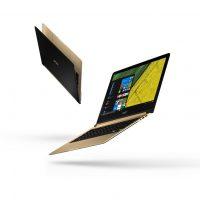 The Acer Swift 7 SF713-51-M90J is shipping out now in the US. Those interested in picking one up can nab one from Acer’s store or a variety of different retailers including Amazon, Costco, and Best Buy. The Swift 7 SF713-51-M90J comes with a price tag of $1,099.99, and Acer says that more Swift 7 configurations will be available in the coming weeks.