Chrome OS was and always has been designed for use with a keyboard and mouse but its predominant form has been laptops. But just like Android, that has never stopped anyone, be it users or even OEMs, from taking the OS and putting it in other form factors. Many of those Chrome OS devices have all but disappeared but Acer had just announced two new Chromebase all-in-one computers to give the dying breed one last hurrah.

If Chromebooks are laptops and Chromeboxes are mini PCs, Chromebases are the AIOs of the Chrome OS family. These stationary bases, hence the name, are positioned to be better suited for enterprise use. And in this one particular instance, they even make for excellent kiosks.

That’s the specialty of the Acer Chromebase 24I2, at least if you choose the touchscreen option. This particular model runs on an unnamed 8th gen Intel Core processor with support for up to 8GB of RAM and 128 GB of storage. It supports Google Play Android apps right out of the box, which makes that touchscreen option even more compelling.

The Acer Chromebase for Meetings 24V2, on the other hand, has a different specialty. It’s 24-inch Full HD screen and 5 megapixel camera are best used for video conferencing and so the 24V2 comes with Google Hangouts Meet set up right out of the box, good for 25 callers on the free tier. Calls can be easily scheduled with drag and drop gestures, either with a mouse or the touch screen, via Gmail or Google Calendar. The Chromebase for Meetings 24V2 is powered by an 8th gen Intel Core i7-8850U, making it useful for more than just meetings. 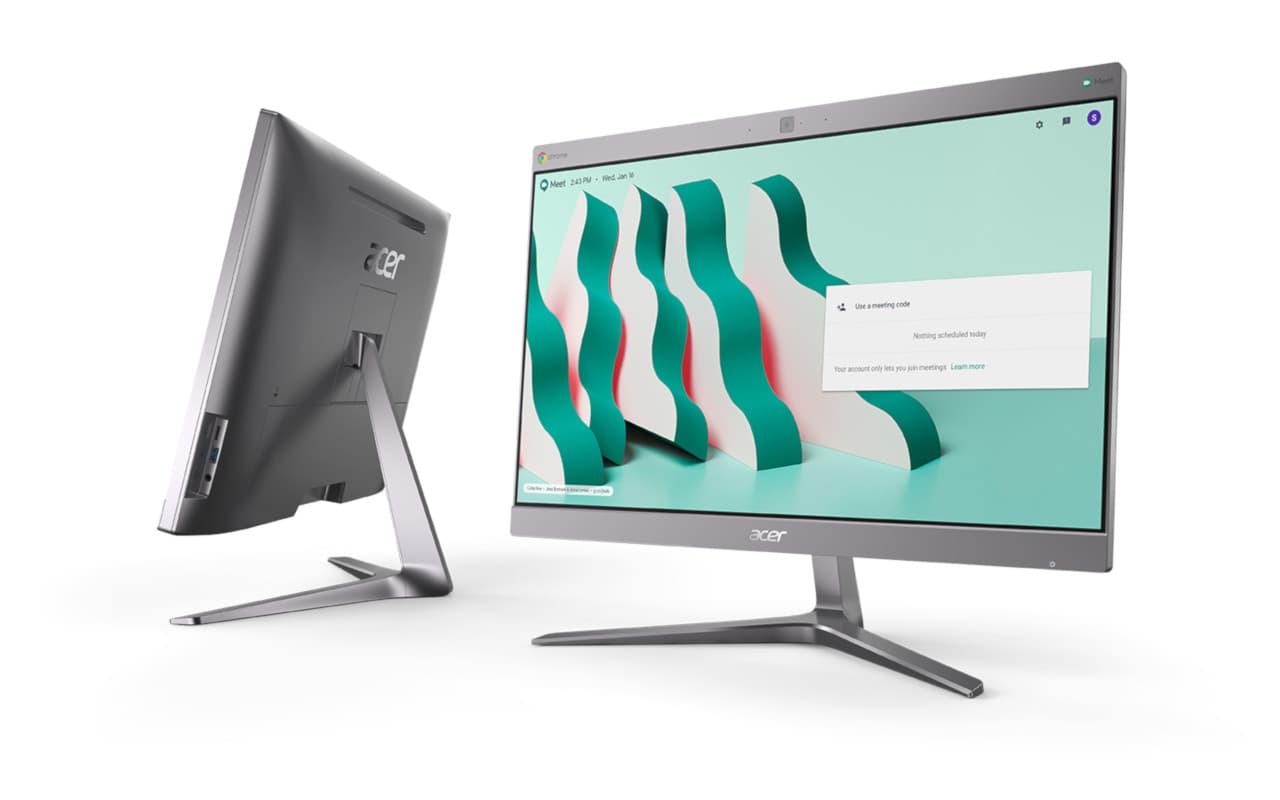 What makes these Chrome OS devices perfect for both enterprise and schools is the nearly total control administrators have over them. Google’s device management dashboard for Chrome OS has given it an edge over Microsoft and Apple and background updates that happen without any downtime ensure That said, unlike Chromebook notebooks and tablets, other Chrome OS devices are starting to fade into obscurity, leaving the future of these new Chromebases in doubt.