If you thought the fresh batch Xperia X smartphones, which includes the Xperia XA and XA Ultra, was Sony‘s end game for 2016, you have another thing coming. Spotted at GFXBench is a certain Sony F8331, which, given that model number, is likely to be the successor to the Xperia X Performance. That said, we’re using “successor” here really as a time marker only, as there doesn’t seem to be much difference between the current Xperia X Performance (F813X) and this still to be confirmed and revealed model.

Depending on the year, season, and planetary alignment, Sony may or may not have two flagship smartphones planned each year. The Japanese OEM has been consistent in flip-flopping on whether it thinks two high-end smartphones per year is a good idea or not. Last year saw two smartphones launched, the ill-fated Xperia Z4/Z3+ and the better received Xperia Z5. Considering Sony was emphasizing a rebirth of the Xperia brand this year, starting with the new Xperia X line, some might have thought things would be a bit different in 2016. Apparently not.

Or maybe it will still be. In addition to having no assurance that this F8331 is distinct from the Xperia X Performance, presuming it’s real at all, the specs listed as GFXBench are a bit odd for a supposed successor. Those specs include a Qualcomm Snapdraogn 820, 3 GB of RAM, 32 GB of storage, and a 5.1-inch 1080p screen. Except for the ever so slightly larger screen, those pretty much match the Xperia X Performance. It could simply be a variant, but that doesn’t really justify the model number jump. 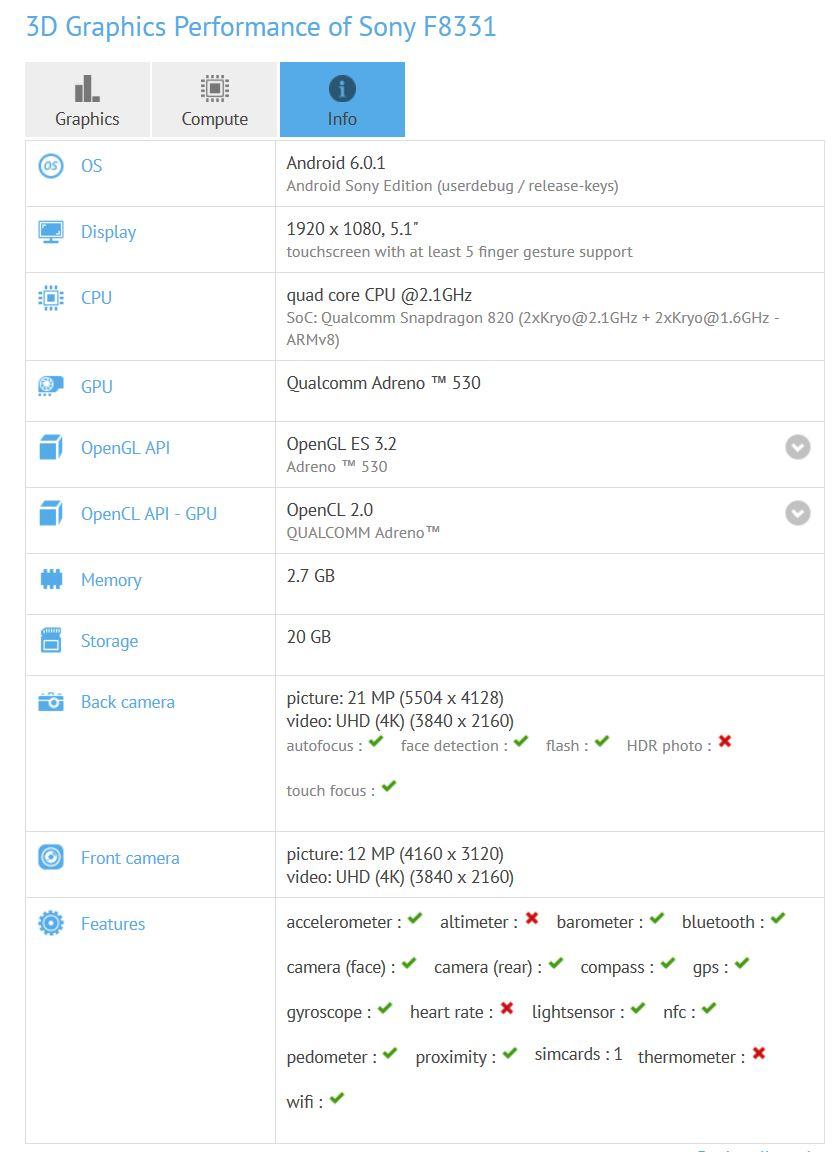 There might also be an off chance that the smartphone actually comes with the newly announced Qualcomm Snapdragon 821, but even then the rest of the smartphone looks a tad disappointing. The Xperia X Performance is already receiving rather lukewarm reviews. While the smartphone itself isn’t that bad when taken in isolation, it lags behind its contemporaries and the $700 price tag makes it an extremely difficult sell.

One only hopes, for Sony’s sake, that a flagship destined for the second half of 2016 would do better. If such a smartphone does exist, Sony might choose to reveal it at IFA 2016 this coming September.