For much of recorded history, the landscape of landmasses worldwide has been constant and little changing. However, over the eons, the sea levels have risen and fallen depending on the environment on the planet. Thousands of years ago, some of the planet that’s now covered in water was dry land, and ancient creatures roamed there freely. A group of researchers from the Monterey Bay Aquarium Research Institute conducting deep-sea explorations off the coast of California made an interesting discovery.

During their research, an underwater drone pilot Randy Prickett and scientist Stephen Haddock discovered something unexpected. While exploring an underwater mountain about 185 miles off the shore of California at a depth of 10,000 feet, they spotted what appeared to be an elephant’s tusk lying on the seafloor. When they made the discovery, the team collected a small sample from the tusk and returned in July 2021 to retrieve the complete specimen.

Scientists have been examining the specimen since its retrieval and have discovered that the tusk doesn’t come from an elephant. Rather, it’s a tusk from a Colombian mammoth that is about three feet in length. We might not think about the ocean depths as preserving material, but in this instance the cold and high-pressure environment in the deep sea have uniquely preserved the specimen. 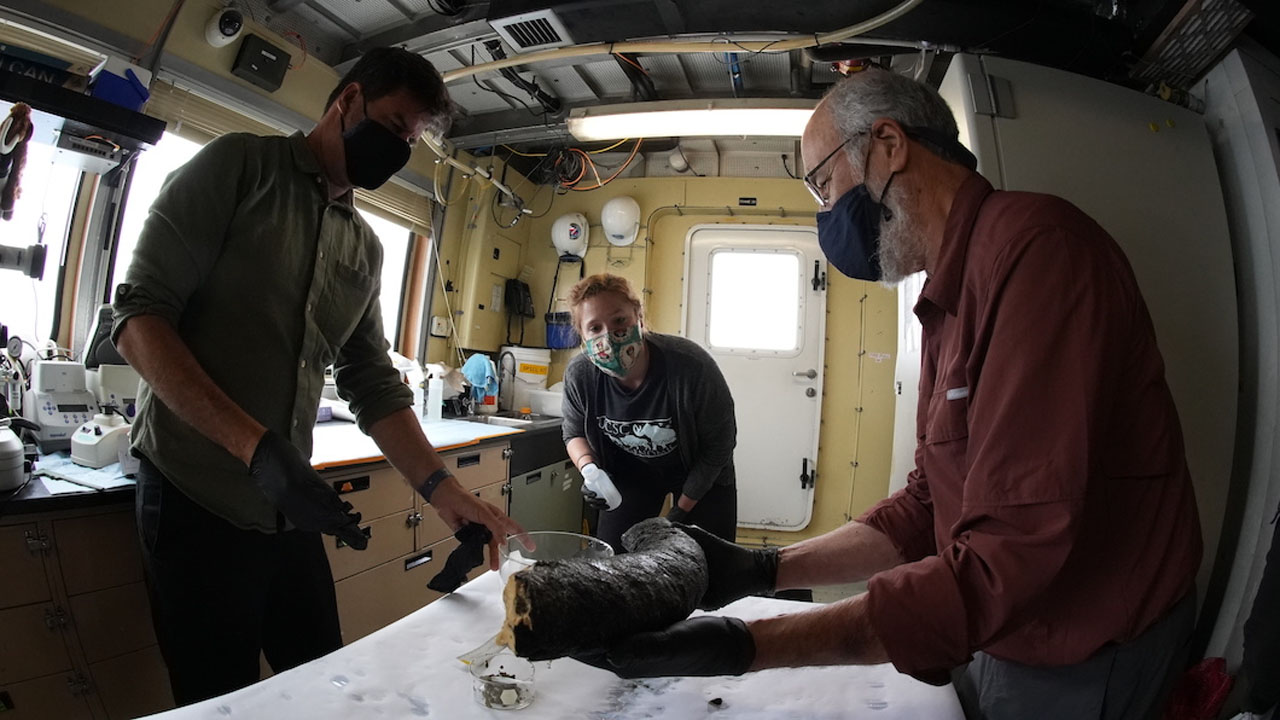 The highly preserved specimen allows scientists to study it in detail using computed tomography scans to reveal the three-dimensional internal structure. Scientists were also able to learn more information about the history of the animal, including its age. Researchers are studying multiple aspects of the specimen, including details about the animal the tusk belonged to. Meanwhile, researchers from the University of California, Santa Cruz, are investigating when and how the tusk arrived at such a great depth and so far off the shore of California.

The specimen is believed to be the oldest well-preserved mammoth tusk recovered in North America. UCSC’s Geochronology Lab, led by Terrence Blackburn, is working to date the specimen. By analyzing radioisotopes, they learned the tusk is over 100,000 years old. Blackburn said the specimen was dated by analyzing radioisotopes, largely based on the natural radioactive decay of uranium and thorium isotopes the tusk gathered from the ocean. Since the specimen was found in the ocean, it’s easier to learn about the specimen’s history than it would be had it been found on land. 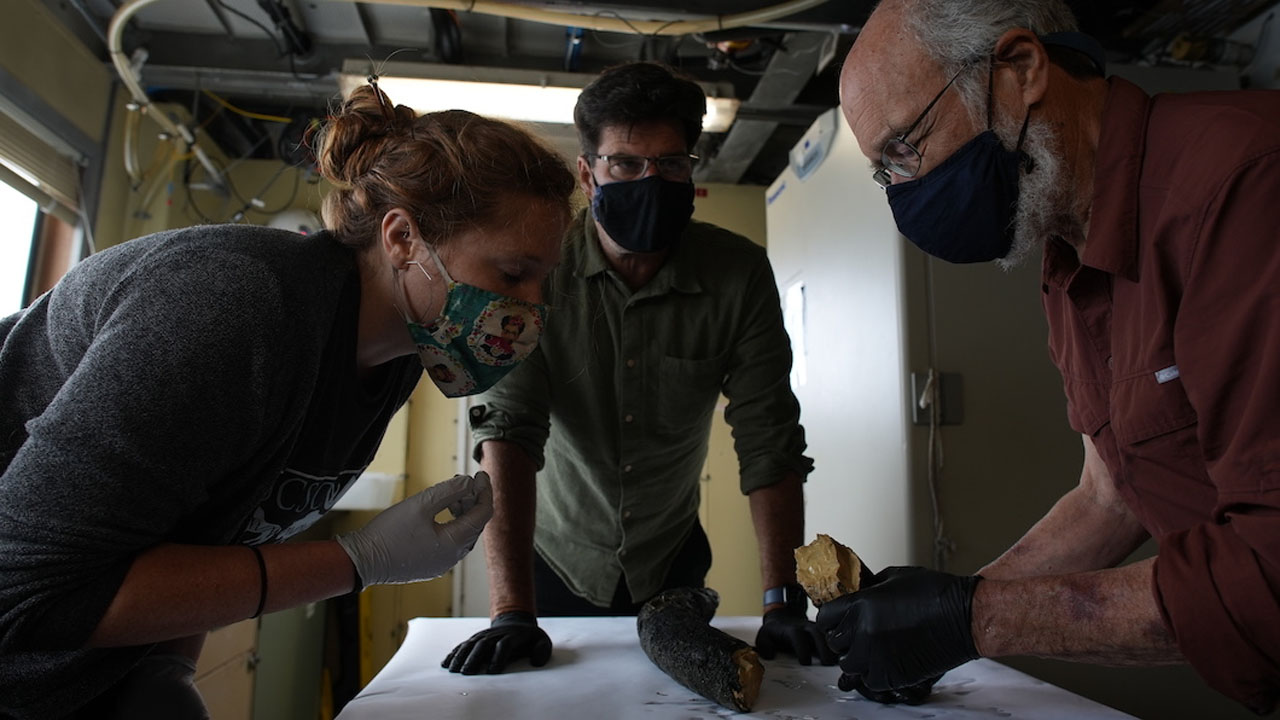 Researchers Christopher Edwards and Patrick Drake are examining ocean currents to determine where the tusk originally came from. It would appear the scientists don’t believe the mammoth died where the tusk was found in the distant past. While other researchers work to date the specimen and determine where it originally came from, UCSC Paleogenomics Lab scientists led by Beth Shapiro will sequence DNA from the specimen in the hopes of gaining information about how mammoths colonized North America. Shapiro will work with an assistant researcher Katherine Moon to recover DNA from the tusk and compare it to samples from other mammoths.

Shapiro says the specimen offers a rare opportunity to learn more about the animal the tusk belonged to and the environment it lived in. Mammoth remains from continental North America are rare, and scientists expect DNA from the specimen to provide new insight and refine what they know about North American mammoths. 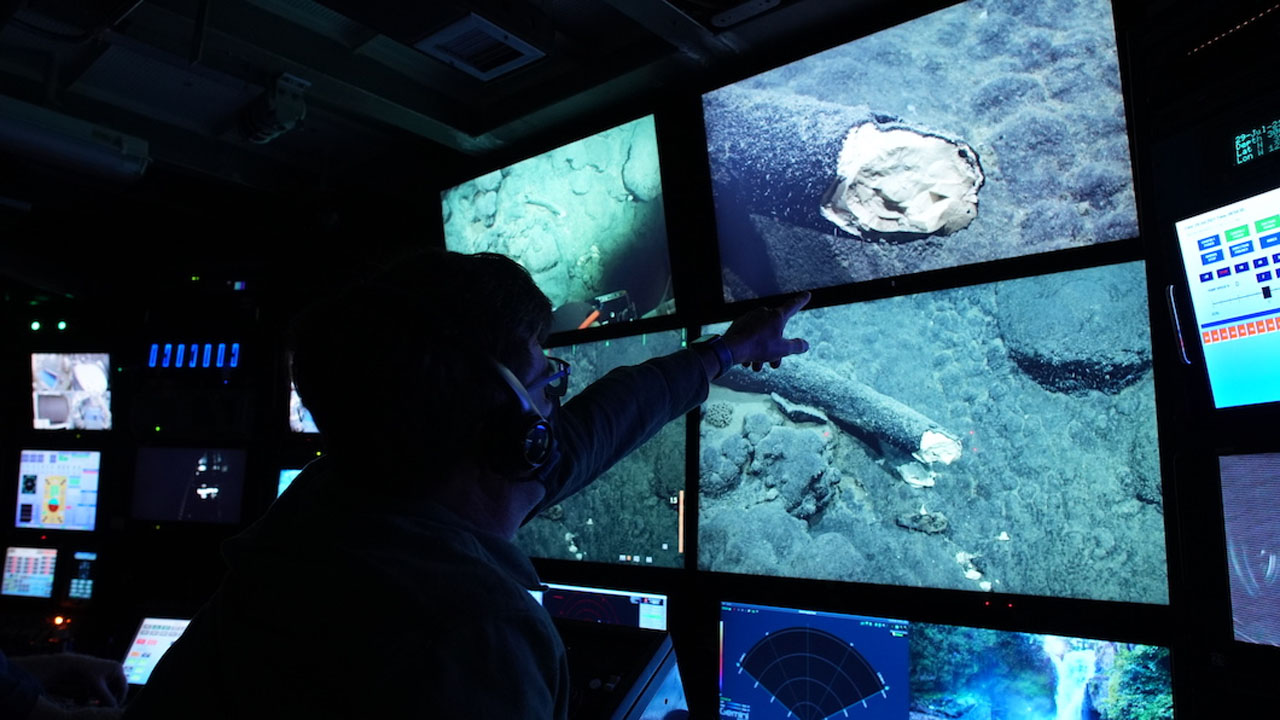 While most of the surface of our planet has been thoroughly explored, the oceans remain largely a mystery. Since most of our planet is covered in water, the oceans represent 99 percent of space where life can exist. Yet, despite holding such high potential for life, we know relatively little about the oceans around the world. Researchers on this project note that discovering this rare specimen in the deep ocean highlights the risk of mining the ocean depths.

With the world moving to electric vehicles and high-tech products that require valuable metals, the desire to mine the ocean floor for metals is increasing. The discovery of the mammoth tusk lying on the ocean floor shows that we can learn a lot about ancient land animals by searching in the ocean’s depths. 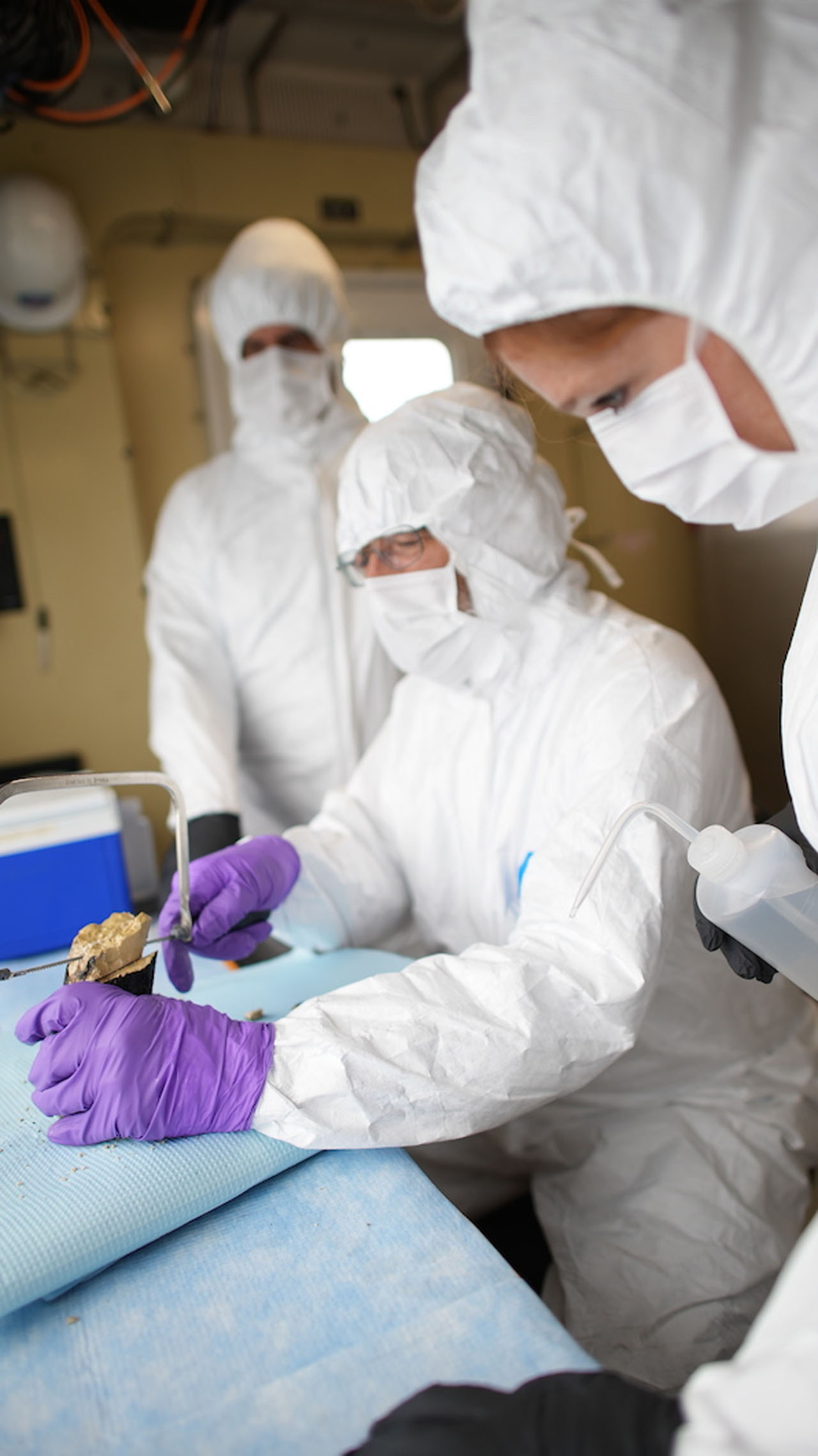 The tusk belongs to a Colombian mammoth (Mammuthus columbi) that inhabited North America as far north as the northern United States and as far south as Costa Rica during the Pleistocene epoch. Most will better know the Pleistocene epoch as the Ice Age, which lasted from about 2,580,000 to 11,700 years ago. That era is our planet’s most recent period of repeated glaciations.

The Columbian mammoth was a hybrid species and one of the last mammoths to roam the Earth. The creature was a hybrid of the woolly mammoth and another mammoth lineage from steppe mammoths. Interestingly, another species of mammoth evolved from the Colombian mammoth, known as the pygmy mammoth. The closest living species to Columbian mammoths existing today are Asian elephants.

Columbian mammoths were massive creatures that could reach 13 feet tall at the shoulders and weigh 22,000 pounds, making them one of the largest species of mammoth. The creature had very long curved tusks and a trunk similar to modern elephants used for manipulating objects, fighting, and foraging. One reason the discovery of the tusk is so significant is that no preserved carcasses have been discovered.

That makes the discovery of samples like this tusk critically important to gathering DNA to learn more about the species. Data harvested from tusks like these have previously shown that when alive, the creature lived in open areas and ate grasses and other plants, and didn’t live in Arctic regions preferred by the woolly mammoth. And while we’re at it, a recently released bit of research suggested that humans didn’t cause the extinction of woolly mammoths, as commonly believed.