A rugged Russian-built off-road vehicle called the UAZ Patriot has been tackling the terrain in Siberia and other rugged and remote areas for years. A version of that vehicle will be coming to the United States for the 2022 model year from a company called Bremach. It’s called the Bremach Taos.

The Bremach Taos is a rugged body-on-frame four-door SUV. It features 8.26-inches of ground clearance, a 35-degree approach angle, and the ability to ford nearly 20 inches of water. The Russian version of the vehicle is common in the country for hauling the family, and the military uses it.

That version is reportedly common in many Eastern European countries. The Taos has been available in parts of Europe since 2005 and has remained relatively unchanged. Changes coming for the American launch are limited and include market-specific emblems. Inside the SUV is a more premium interior than is offered overseas, and it has more features and equipment.

In America, it will be positioned as a premium SUV. Power comes from a 2.7-liter four-cylinder engine making 150 horsepower. The drivetrain is four-wheel-drive and uses a GM six-speed automatic and two-speed transfer case. Buyers will be able to option the SUV with a manual transmission. There is no indication that the engine itself is GM sourced, which will give some people pause. Most of the electronics and safety systems on the SUV are from Bosch. 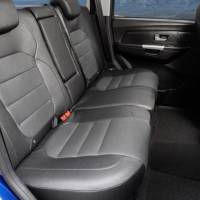 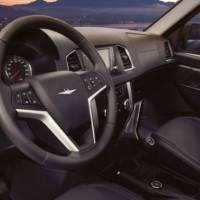 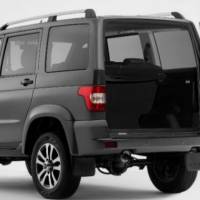 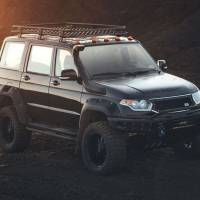 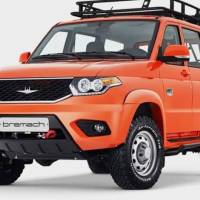 Final assembly of the vehicle will be performed in Los Angeles, with most of the parts imported from outside the US. The 2022 Taos will start at $26,405, and the vehicle will come with a five-year 60,000-mile bumper-to-bumper warranty. A 10-year 120,000-mile warranty will cover the powertrain. Deliveries will begin sometime in 2021.