A Caltech researcher named Wei Gao, assistant professor of medical engineering, has been developing a range of inexpensive wearable sensors and methods of powering them using the human body. Powering wearable sensors has always been the biggest challenge. While batteries are an option, they aren’t ideal because of their bulk and because they run out of charge.

Gao has developed a new way to power wireless wearable sensors that harvest kinetic energy produced by a person as they move. The energy harvesting capability is accomplished using a sandwich of materials that includes Teflon, copper, and polyamide. The material is attached to the person’s skin. As the sheets of material rub against a sliding layer made of copper and polyamide, small amounts of electricity are generated.

The effect is known as triboelectricity and is illustrated by the static electric shock a person receives after walking across carpet and touching a metal knob. The triboelectric generator is also called a nanogenerator and is fixed to the torso of the wearer. The slider slides against the stator during human motion creating an electrical current.

The nanogenerator Gao and his team created uses commercially available flexible circuits. The material is cheap, durable, and mechanically robust over long periods. The generator is unable to make significant amounts of electricity. Researchers say that you would need a 100 square meters of surface area to power a 40-watt lightbulb. 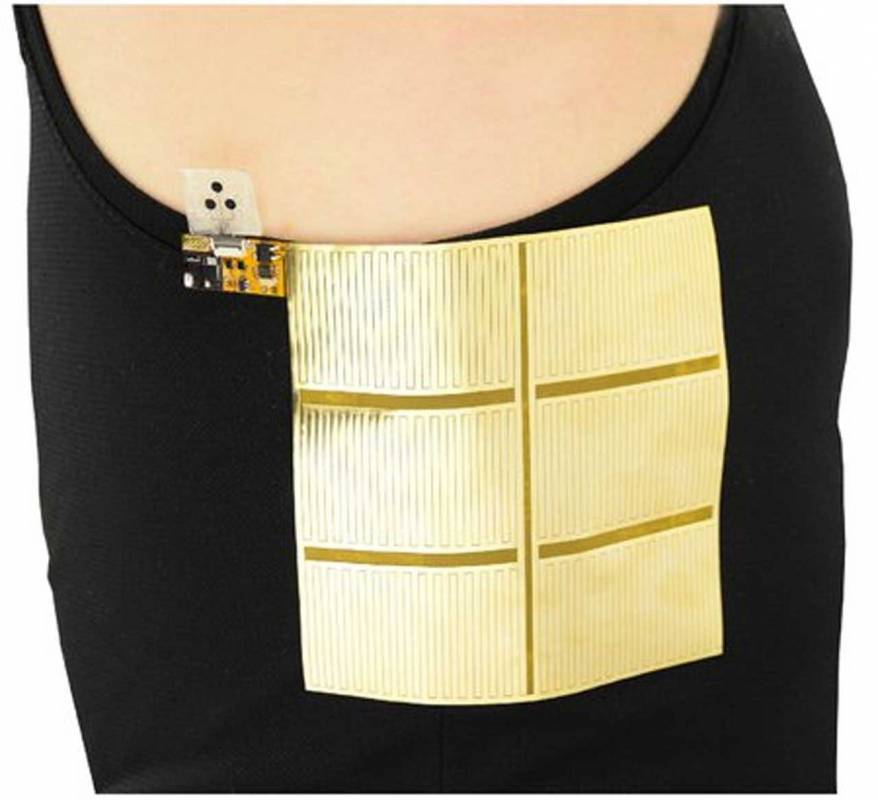 However, wearable sensors have low power requirements. The electricity can be stored in a capacitor until there is enough charge for the sensor to take a reading and wirelessly send the data to a cell phone using Bluetooth. The more the user moves, the more data the sensor can collect. Even sedentary users can accumulate enough power to operate.