8bitdo has put out a bunch of controllers throughout the years, but one of its most recognizable is undoubtedly the SN30 Pro+. The controller, which has both retro and modern design influences, is getting a follow-up today named the 8bitdo Pro 2. While these two controllers look very similar on the surface, there are several key differences between the two that might make the Pro 2 worth picking up even for SN30 Pro+ owners.

For starters, the Pro 2 comes with a couple more buttons. Described as “Pro-level” back buttons, these additions have taken up residence on the backside of the controller, near where the grips meet the body. They’re reminiscent of the paddles found on the back of the Xbox Elite Controller, though of course, we’re seeing a number of third-party controllers shipping with back buttons these days. 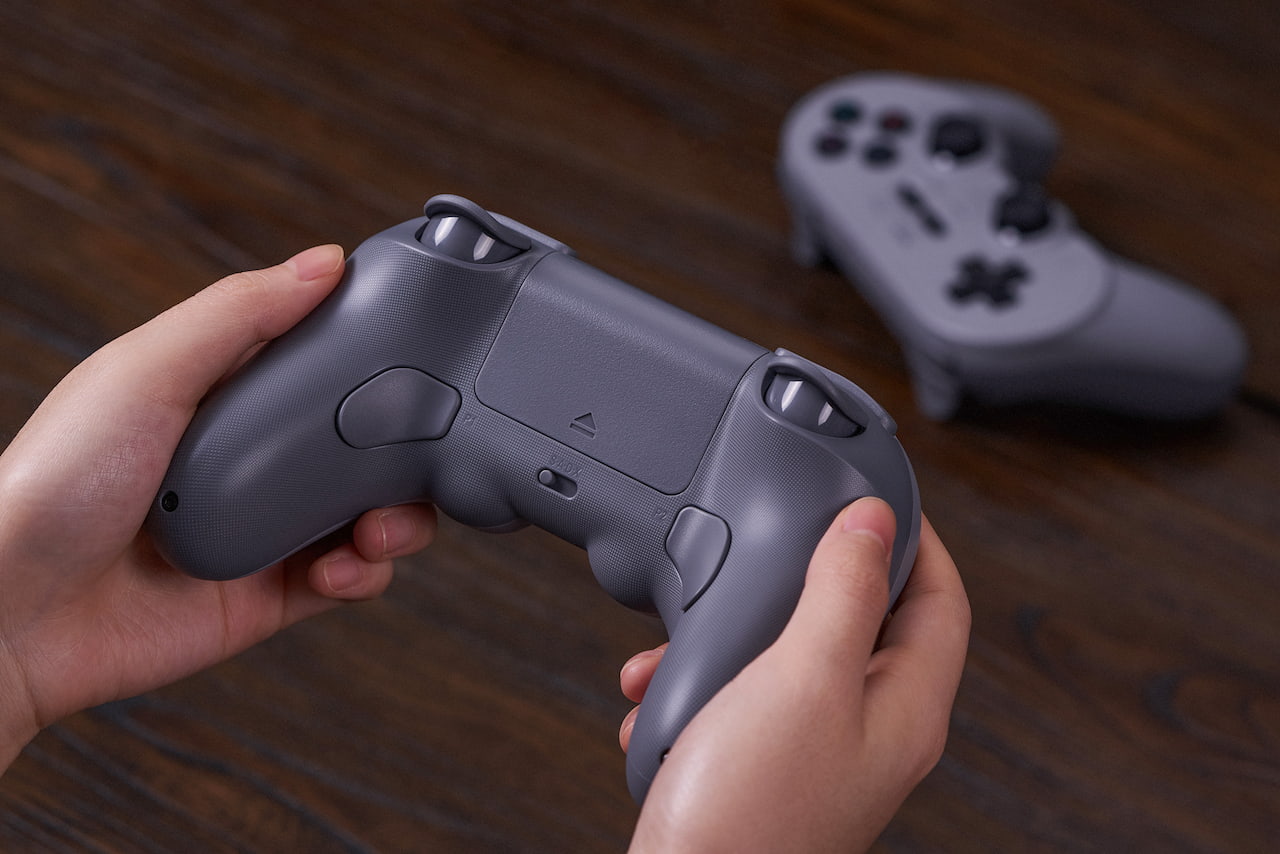 Those buttons are mappable through 8bitdo’s Ultimate Software, which is now available on iOS and Android as well as PC. With Ultimate Software, users can map each button on the controller, assign macros, change vibration intensity, customize joystick sensitivity, and even change trigger ranges. Just like with the SN30 Pro+, it seems that users have a lot of customization options, and the Pro 2 even allows users to create and save three custom profiles and then change them on the fly with a switch on the controller. 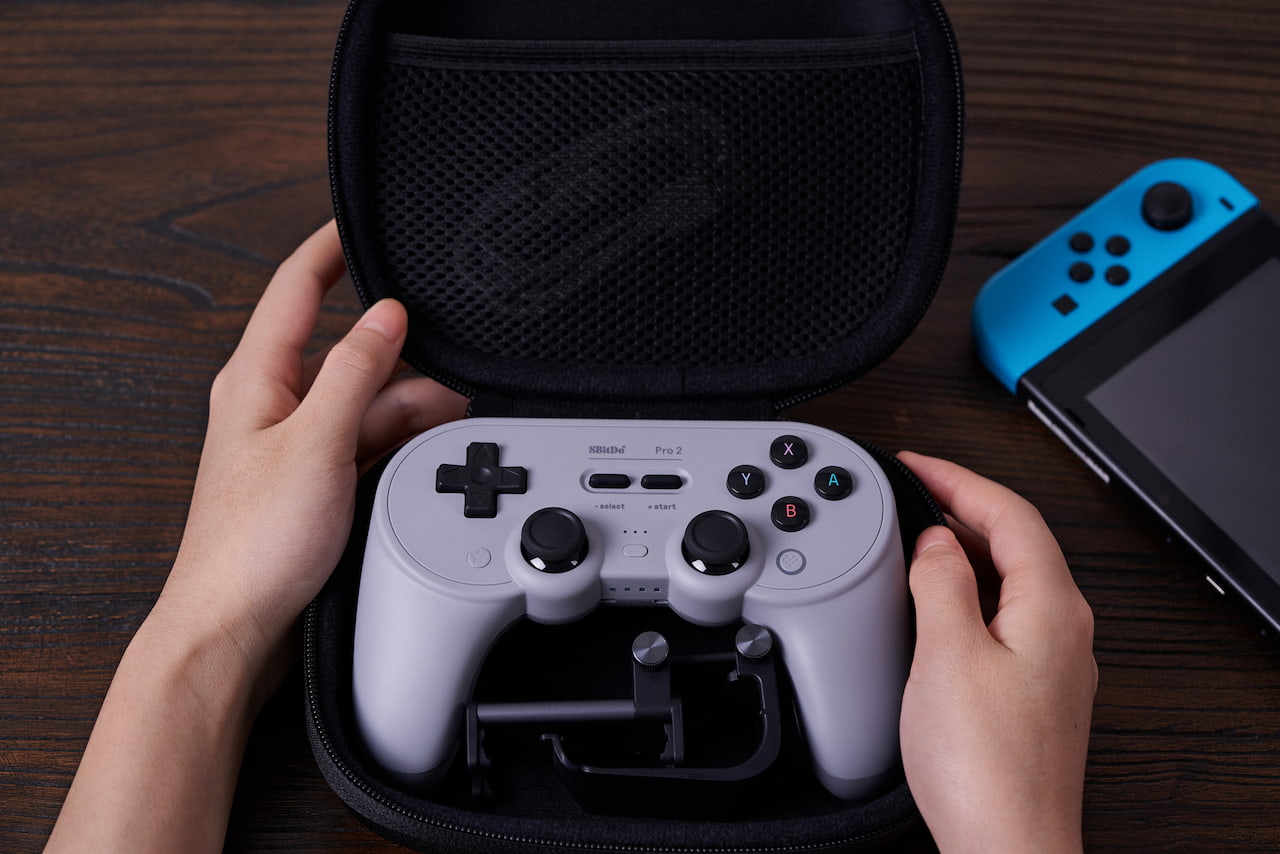 Speaking of switches, the Pro 2 ships with a new mode switch button that will probably be a welcome addition to anyone who has tried to turn on an 8bitdo controller in a specific usage mode. Rather than attempting to change usage modes through button combination, the Pro 2 has a physical switch on it that lets you change between Switch, Android, D-input, and X-input modes. That is a very nice addition and should decrease the amount of time users spend trying to sync their controller. 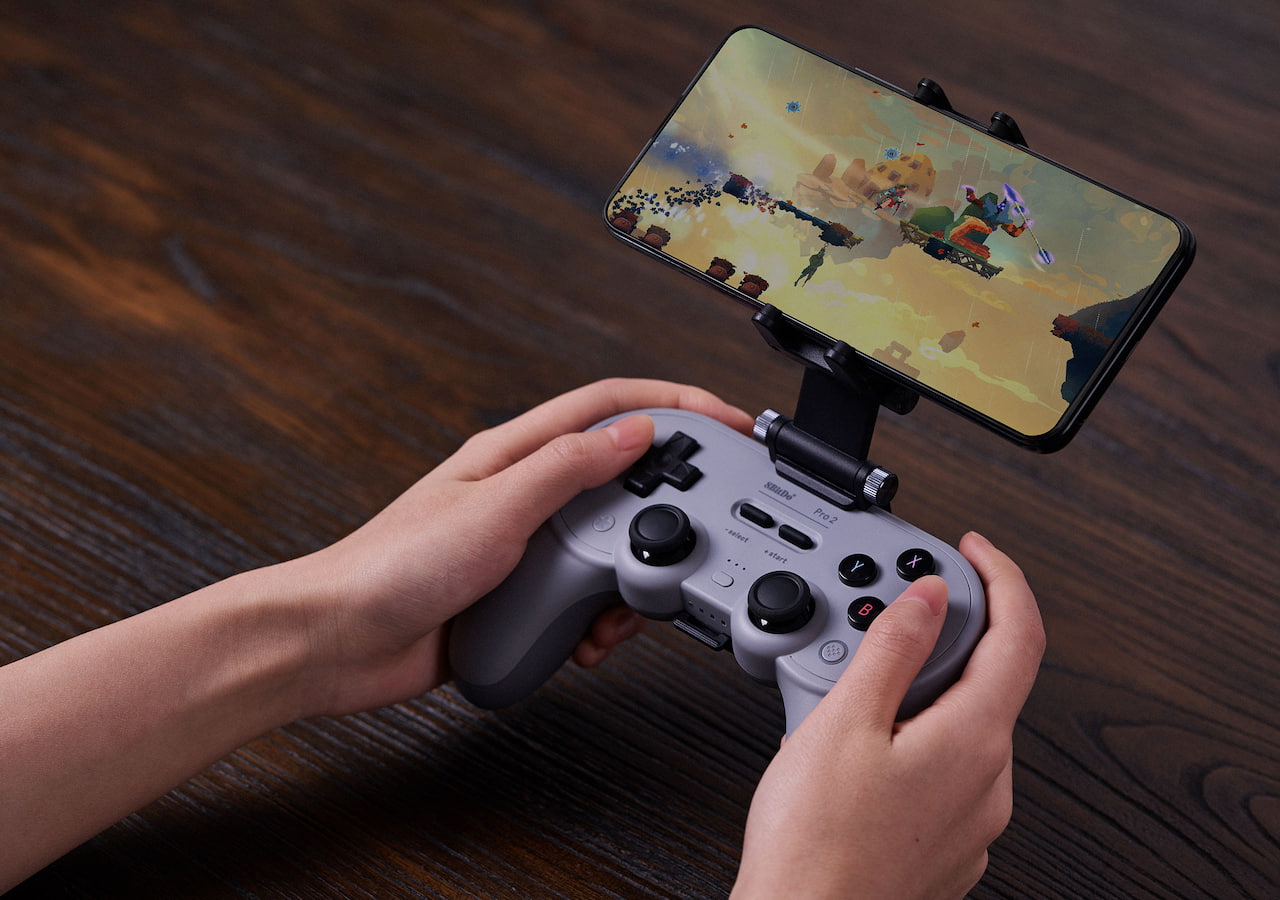 Beyond those additions, 8bitdo says that it has enhanced the grip on the Pro 2 as well, so it seems that we can even expect some subtle changes to design. The controller is outfitted with a rechargeable 1,000 mAh battery that should last for around 20 hours on a full charge. As with most of 8bitdo’s wireless controllers, the Pro 2 is compatible with PC, macOS, Android, Raspberry Pi, and Switch. The controller is launching next month at Amazon for $49.99, and will be arriving alongside a special carrying case and smartphone clip, which are sold separately.