A group of researchers from Swiss university ETH Zurich teamed up with none other than Disney on a project that resulted in a 8-player version of Super Mario Bros. running on a Nintendo Entertainment System and played through a 360-degree projection system. If that weren’t hard enough to believe, the NES console wasn’t hacked or modded in any way, and it was running a standard game cartridge, also in original condition.

With eight controllers connected to the console, the gameplay is projected onto four walls as a panorama. Players are continually moving to the right, as is always the case in the 8-bit Super Mario Bros., with the world they pass through left behind on the screens until a 360-degree rotation has been made. Only one person is in control at a time, and the 360-degree display is broken into eight sections, so gameplay is passed from one person to the next.

It’s a bit difficult to explain, so be sure to check out the video below to see the whole setup in action.

The whole thing was made possible with an Arduino-based multiplexer that allowed eight controllers to be connected at once, while the video output was sent to an upscaler, and then to a computer that used software to stitch the frames into panoramas. ETH Zurich then set everything up at a Swiss night club that has the needed 360-degree projection system. 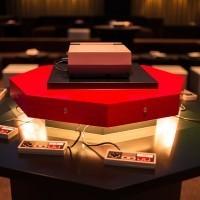 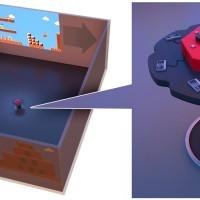 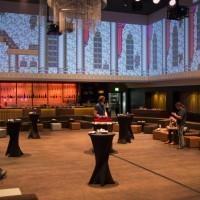 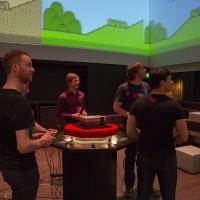 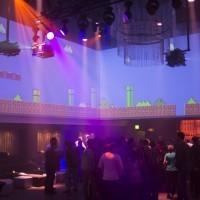 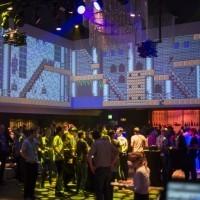 Sadly, their public demonstration was limited to a special one-night event, with a focus on using the setup to engage and entertain strangers, as well as getting them to work together. While this means the technology is unlikely to turn up at other events, the researchers say they have created a similar environment in virtual reality with the Oculus Rift headset, offering hope that 8-player Super Mario Bros. might be one day be more widely available to experience.