One of the most common convenience stores and gas stations in many parts of the United States is the iconic 7-Eleven, known for Slurpees and fast food. The convenience store chain has announced that it is undertaking a massive electrification process with the goal of building at least 500 Direct Current Fast Charging ports at 250 select occasions in the US and Canada by the end of 2022. The charging stations will be owned and operated by 7-Eleven, providing fast charging options for EV owners.

The rollout of 500 charging stations will be in addition to the company’s existing 22 charging locations located in 14 stores it operates in four different states. 7-Eleven says once the rollout of the additional charging stations is complete, it will have one of the largest and most compatible fast charging systems of any retailer in the US.

The retailer plans to install the charging stations at 250 selected stores around the country. President and CEO Joe DePinto says that 7-Eleven stores have been leaders in new ideas and technology to serve its customers better. Adding 500 charging ports at 250 of its locations will make EV charging more convenient and help accelerate the adoption of electric vehicles and alternative fuels.

Along with the announcement of the charging vehicle infrastructure, the company also pledged to meet a 50 percent reduction of CO2 companywide by 2030. It originally outlined its sustainability goals in 2016 as part of its commitment to operating a globally sustainable business. Initially, the convenience store chain planned to achieve a 20 percent reduction of CO2 emissions from its stores by 2027. 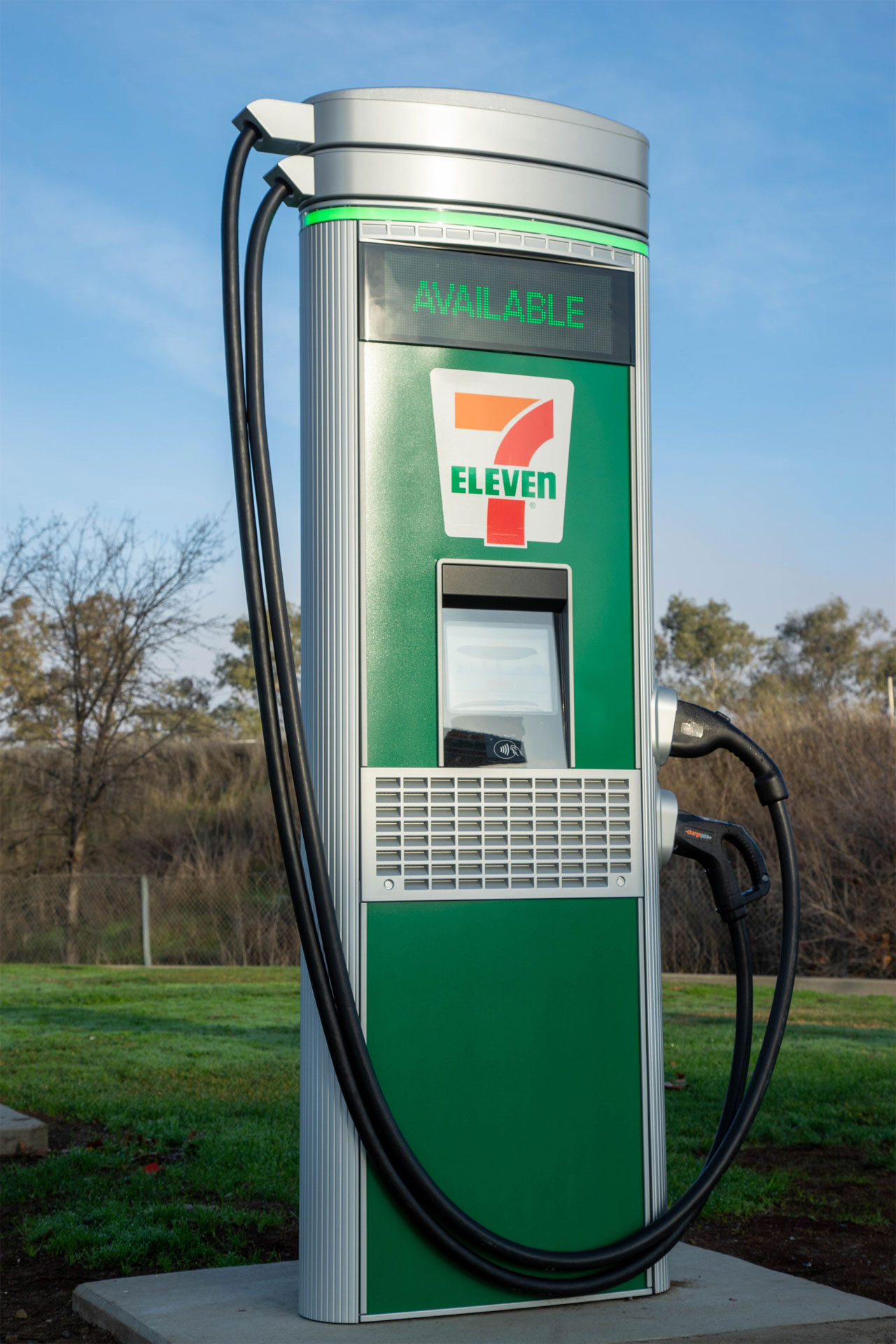 The company reached that 20 percent reduction goal in 2019. 7-Eleven is purchasing 100 percent wind energy for over 800 stores in Texas and over 300 in Illinois. It also buys other forms of renewable energy, including powering 150 stores in Virginia using hydropower and 300 in Florida using solar energy.