The new Genesis brand, launched by Hyundai as a way of capturing the premium dollars lurking outside its more value-focused showrooms, has been making waves on the luxury market for almost a year now. It’s been roughly that length of time since I last found myself behind the wheel of the Genesis G90 full-size sedan at its official launch in Vancouver, British Columbia, Canada, and coincidentally, that’s also where I picked up my most recent tester as part of a 10-day road trip through the coastal province.

Despite being born into a time where big luxury four-doors are having their market share eroded by strong SUV sales, the G90 has managed to so far sell half as many units as more established models like the Audi A8 and the Lexus LS, while trouncing similarly-sized premium fare such as the Acura RLX. The car – and the brand – have a long road ahead of them on the way to carving out a niche in the well-to-do world, but the G90 is certainly delivering the goods needed to legitimize the effort.

1. Evolution Of The Equus 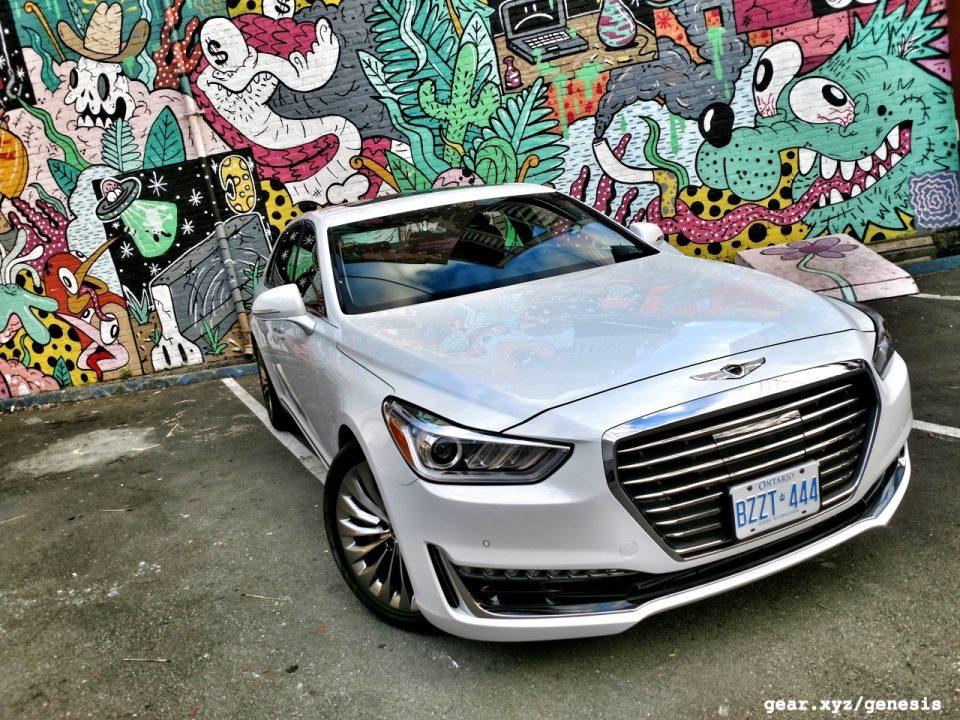 Hyundai has been building executive sedans for years, it just wasn’t selling them in North America. Prior to the Genesis G90 the automaker flirted with upscale customers by way of the Equus, a full-size, long-wheelbase limo more often chauffeured than driven in the Korean home market. The lack of badge equity and a low-key marketing campaign ensured slow sales for the Equus, but the G90 actually rides on a next-generation version of that car’s platform, and builds on the lessons learned from that five-year American experiment.

It helps to think of the Equus as a soft-launch of the G90 that entailed no risk at all for Hyundai: its modest sales were no black mark, given that the car was not intended as a profit center. By moving forward with a new brand rather than continuing down the same path as before, Genesis was completely shielded from any direct association with the initial luxury olive branch. 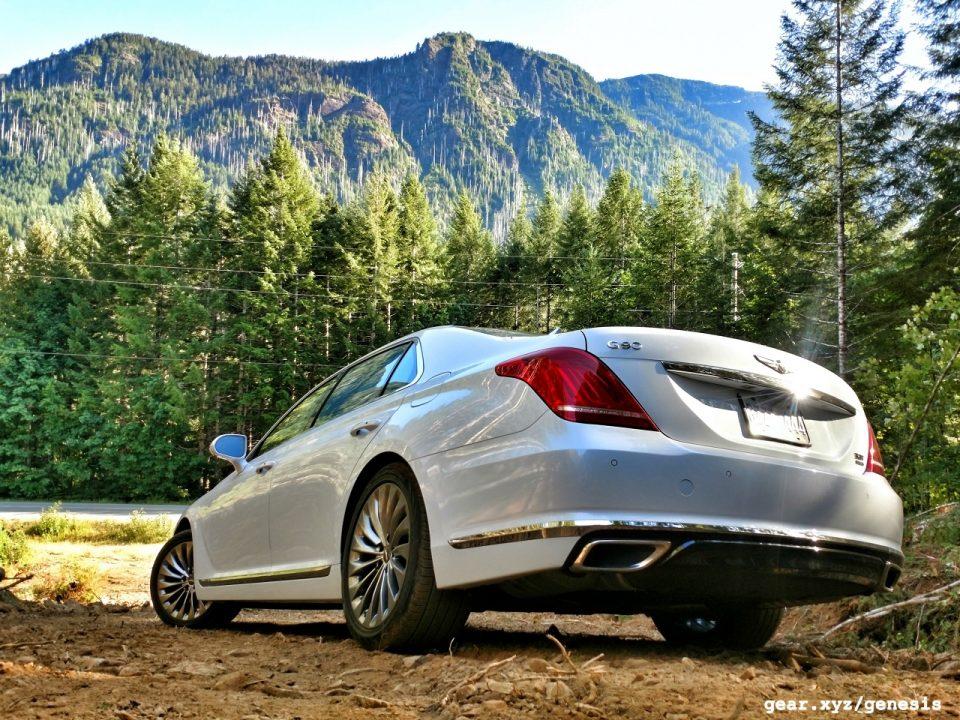 One of the (many) changes between the old Equus and the new Genesis G90 takes place under the hood, where a 3.3-liter twin-turbo V6 engine now resides as the default power plant. The official line is 365 horses and 376 lb-ft of torque, but at full gallop the hefty, almost 5,000 pound G90 feels like it’s being propelled by at least 40 additional ponies, leaving me to question just how accurately Genesis has elected to present the sedan’s output. There’s a 5.0-liter V8 to protect at the top of the line-up, after all, what with its 420 horsepower and 383 lb-ft of torque, but trust me – you want the turbo when spec’ing your own car. Matched with the standard eight-speed automatic transmission and optional H-TRAC all-wheel drive system, the car’s excellent acceleration was appreciate when taking advantage of the short passing zones on Vancouver Island’s two-lane Highway 4. 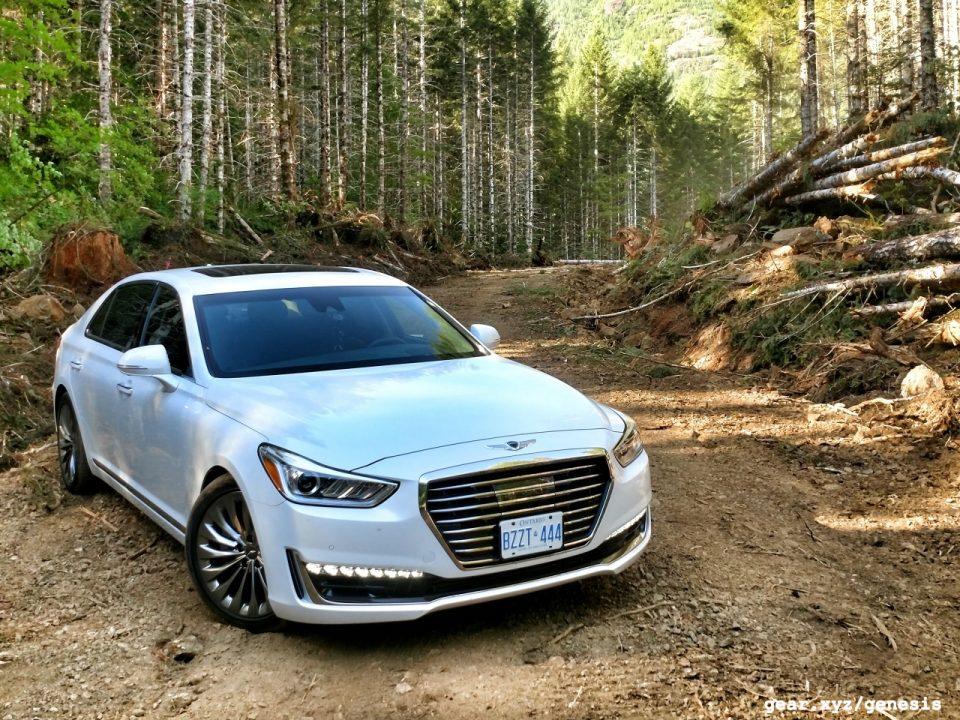 One aspect of the Genesis G90 that carried over from the Equus is just how effortless the car feels when covering long distances. I put nearly 700 miles on the sedan in the space of 10 days, most of which was done on the mountain roads connecting western Tofino, BC with the province’s capital of Victoria at its southernmost tip. The grace and comfort with which the G90 accomplished what I asked of it was remarkable, and it helped keep me fresh at the end of the day even after hours spent behind the wheel. Despite its large and heavy-set platform, the Genesis refrained from wrestling against me on higher-speed sections of road, and while its suspension tune – even when set to Sport mode – was far from athletic, the car never got in over its head, maintaining its composure while subtly suggesting that maybe we don’t have to pretend we’re on the autobahn, thanks. 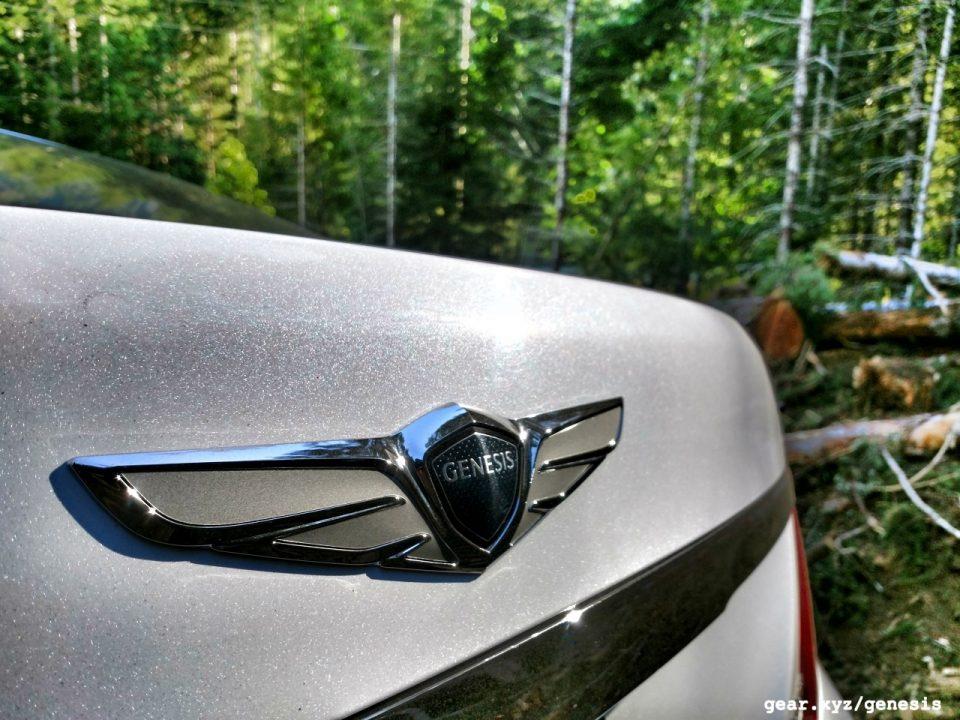 Remember what I mentioned about being chauffeured? The Genesis G90 features rear accommodations plush enough to make you consider posting a ‘driver wanted’ ad. You’re looking at reclining rear buckets with available heating and ventilation, a huge fold-down center console that offers almost full control over the infotainment system, and enough leg room to haul an NBA guard behind the driver. I loaded the car with non-professional athletes and received nothing but compliments about the G90’s spacious and quiet cabin, although ideally the car would also feature a fold-flat front right seat (or ottoman) along with rear massage features to truly challenge the German acolytes Genesis claims it isn’t directly targeting. It would also be nice to see screens slotted into the headrests for pacifying unruly children – or easily-distracted adults – on longer road trips. 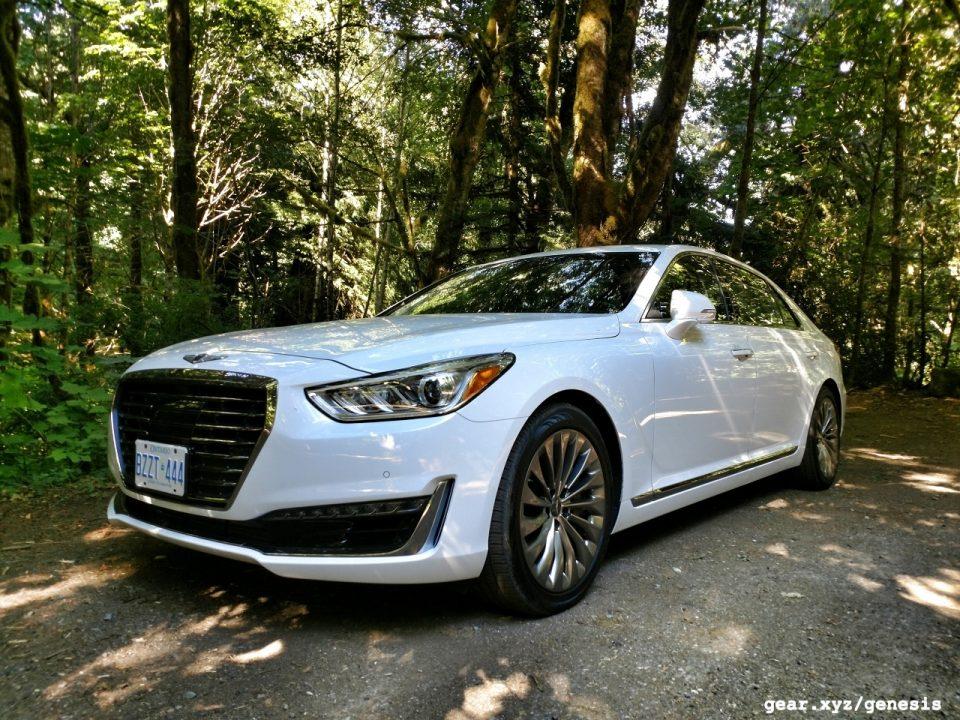 There are two key parts to the Genesis strategy of planting its flag squarely between the first and second tier of luxury automotive brands. The first is quality, which is amply demonstrated by the vault-like build of the G90 alongside parent-company Hyundai’s well-deserved reputation for reliability. The second is value, and although you won’t hear Genesis refer to this particular prong using the same term, the facts are unavoidable: this is a very competent, large luxury car that starts at an MSRP of $68,100 and tops out at less than $75,000.

In a world where it’s possible to spend $80,000 on a one-size-down BMW 5 Series, this is an astounding price structure that is sure to catch the eye of at least a few existing Lexus customers – and certainly anyone looking to climb up from Lincoln, Cadillac, or Acura. Throw in valet service and an equivalent loaner for each and every maintenance concern during the initial three years of ownership, and you’ll wonder when other premium brands will start to notice the Genesis emphasis on customer service. This is a car that has to try harder than the rest of the pack to get noticed, but once you’ve spent some time inside the G90, chances are it’s going to stick in your mind.