3D printing has definitely changed how hobbyists and tinkerers make things, allowing them to be more in control of their projects rather than being at the mercy of professional manufacturers and assemblers. All that, however, has been mostly the purview of grownups who don’t have a monopoly on imaginative creations. Just as the likes of LEGO are trying to get kids started early on robotics and programming, 3Doodler is doing the same with its new Build & Play set, designed for the youngest makers and dreamers.

3Doodler has made a name for itself with its 3D printing pens, turning a primarily technical tool into an artistic and creative one. That alone makes 3Doodler’s products safer and easier to use than your typical 3D printer but Build & Play takes a step further to make it safe for kids as young as four years old.

Yes, this 3D printer is for toddlers and 3Doodler assures that the device and the plastics are safe to use. Uncharacteristic of a 3D printer, there are no hot parts to be touched, at least on the outside. You also have to turn a crank to actually get the material out. Also unusual for a 3D printer (but common for 3D pens), you can also reverse the cranking direction to get the remaining filament out of the gun-like contraption. 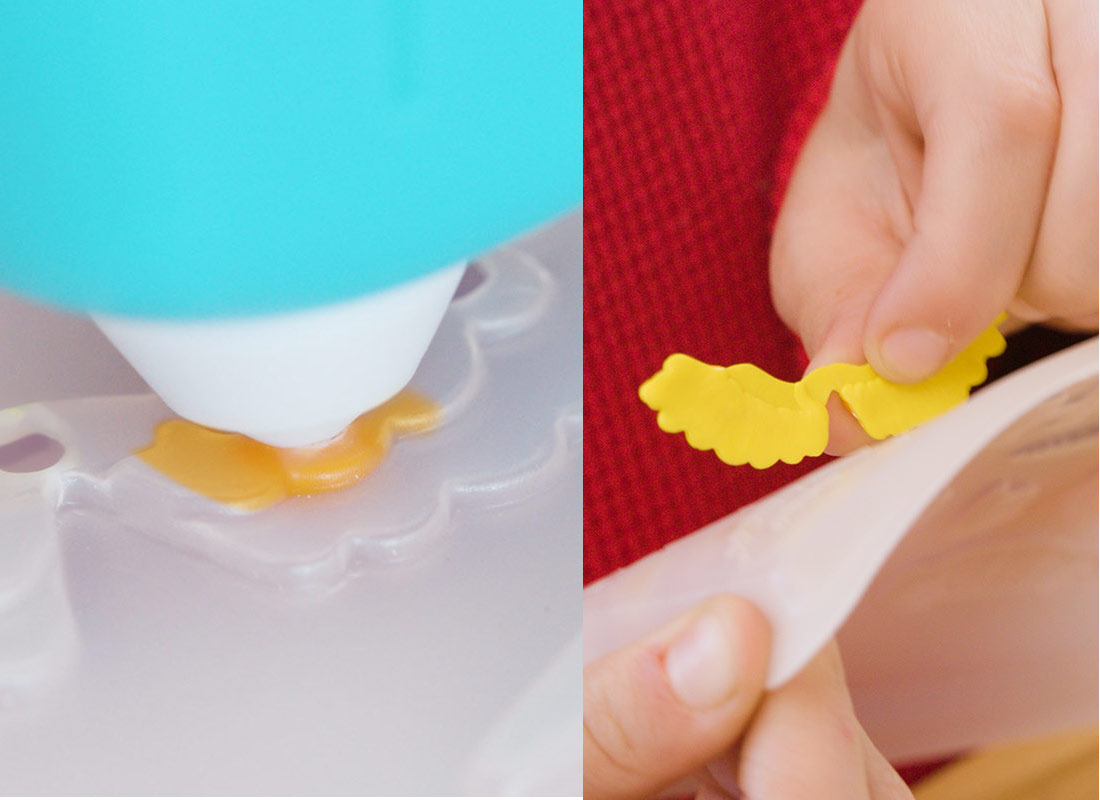 To be fair, Build & Play isn’t your normal 3D printer anyway. The plastic that oozes out of its nozzle isn’t hot but is warm enough to still be molded by hand. In fact, that’s the primary purpose of the educational toy, letting kids ooze some plastic into molds that they can form into animals and other things.

The 3Doodler Build & Play is designed to teach, entertain, and cultivate children’s imaginations with story-based activities and characters they can print out. And when they’re older, the company has a 3D pen waiting for them to accompany them along the way. The kit sells for $29.99 and includes the device, a mold tray, story backdrops and storybook, and color refills that are compatible with 3Doodler’s Start Basics kit. The printer runs on three AA batteries so parents don’t have to worry about cables and electricity.