3D printed stainless steel bridge to be installed in the Netherlands

Researchers at the Imperial College London are working with a 3D printing company called MX3D to create the world’s largest 3D printed metal structure. The structure is a footbridge that will be installed in the Netherlands in late 2018. The bridge will cross the Oudezijds Achterburgwal canal in Amsterdam.

Once open the bridge will be used by pedestrians and cyclists. The bridge will have a vast sensor network installed on it by structural engineers, mathematicians, computer scientists, and statisticians working in The Alan Turing Institute-Lloyd’s Register Foundation program in data-centric engineering. All the sensors will be used to collect data on the bridge like strain, displacement, and vibration. 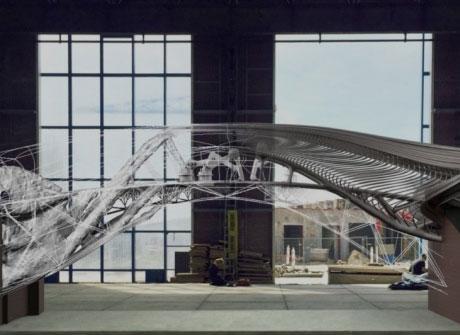 The insights gleaned from the sensor array will be used in future 3D printed structures. The performance of the real bridge can be tested with the digital model and it will allow the bridge to be modified for safety if needed.

The scientists have announced that the data captured by the sensors on the bridge will be made open for research. MX3D has launched an open call that closes in February 2018 to get ideas for how to use the data it is collecting.