2021 MacBook Pro teardown tease shows what’s on the inside

It’s very common for manufacturers like Apple to release new products, and fans always want to know what they look like on the inside. However, the last thing most of us want to do is tear apart our brand-new and expensive gadgets to look. Thankfully, IFIXIT has been gutting new devices for a long time, giving us a look at what’s on the inside without having to trash our own hardware.

Right now, a teardown for the 2021 MacBook Pro is being teased with a few pictures ahead of the full reveal. As you would expect, everything is packed very tightly into the thin and lightweight MacBook Pro notebooks. While there are no real details offered at this time about the hardware inside, we already know what to expect from Apple’s official event.

Apple has fitted its 2021 model notebooks with additional ports. An improved keyboard is integrated that hopefully won’t break if you eat lunch and work at the same time. MagSafe charging is integrated, and Apple ditched the Touch Bar for traditional function keys. The real changes come in new Apple silicon running the show. One interesting tidbit that has been shared from the full teardown is that the battery cells have pull tabs to make them easier to remove and aren’t crammed under a logic board.

We hope that means should your battery go bad down the road; you don’t have to completely disassemble the notebook to install a new one. The four outer cells of the battery have pull tabs similar to those used in the iPhone and MacBook Air. However, we will have to wait for the full teardown to know everything about these batteries and just how easy they are to remove and replace. 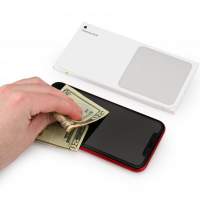 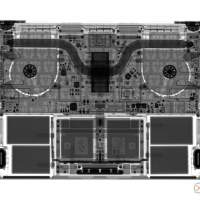 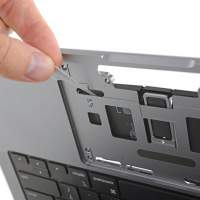 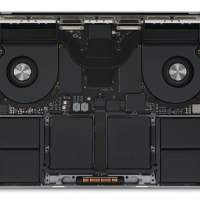 The prospect of more DIY friendly component placements should have Mac fans excited. The gang also got their hands on that $20 official Apple polishing cloth, simply called the “Polishing Cloth.” A price of $19 is pretty steep for cloth used to shine the screen of your iPhone, but it has an Apple logo, and that’s enough for some. The cloth feels like Alcantara and appears to be the same material used inside the iPad Smart Cover.