Audi is adding a new RS model to its portfolio with the 2020 RS Q8: not only the sportiest and fastest Q model, but probably the most practical as well. Here in the US, Audi’s RS models are coming in droves. Less than three months ago, the automotive world felt a seismic shift when the German carmaker announced the 2020 RS6 Avant, a fast and sporty station wagon with a turbocharged V8 motor, would be finally coming to North American shores.

Not long after charming us with the RS6, the new 2020 RS7 Sportback was next on the list, a car which I personally think is one of the most gorgeous to arrive this year. It, too, has a turbocharged V8 motor, but the most appealing part is how it manages to behave like a true luxury car when you’re not pushing it to the limit. The new RS7 Sportback has the heart and soul of a sports car – and, in my opinion, is a genuine RS in every sense of the name. 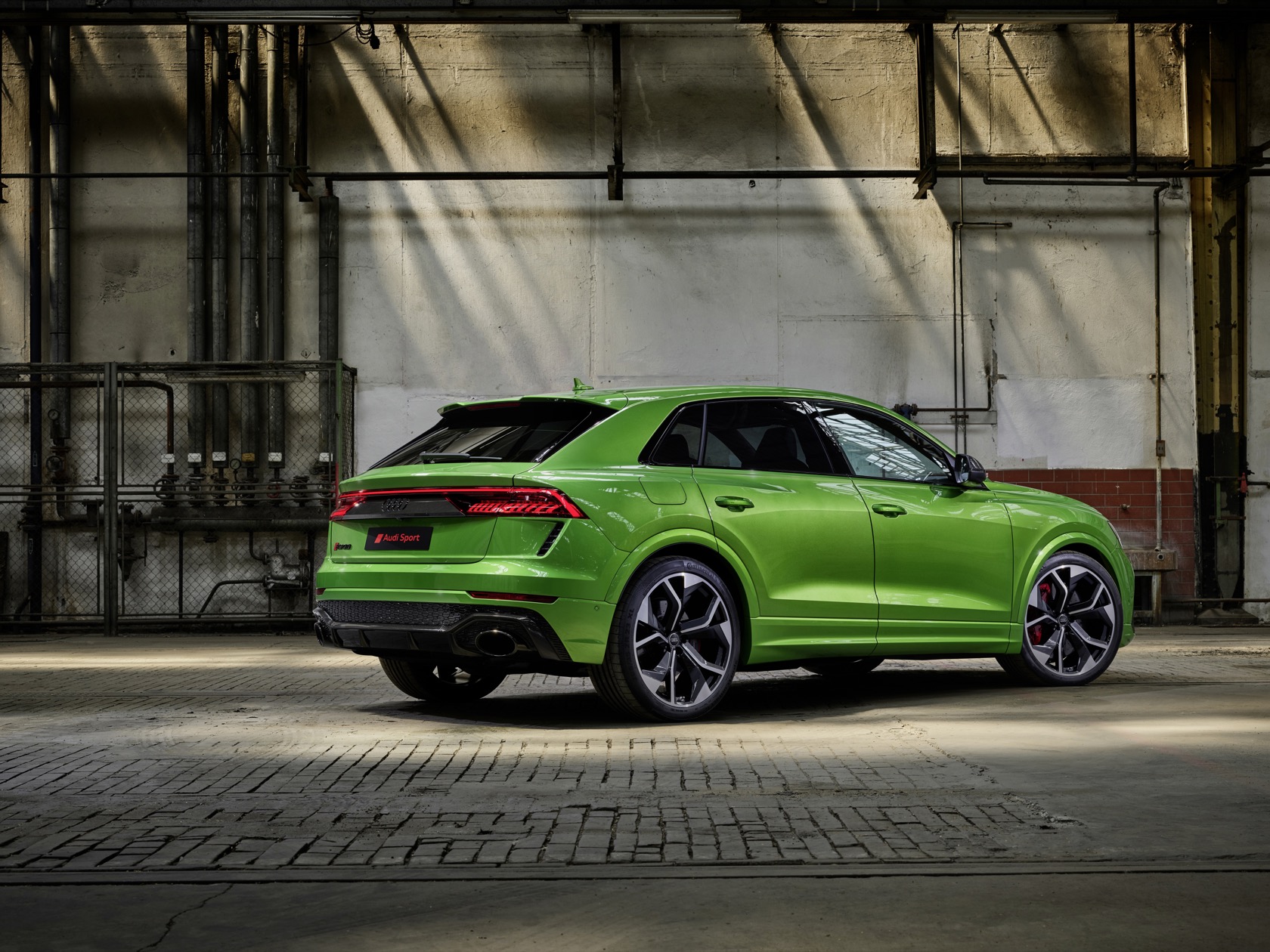 And now, potential buyers get the RS Q8 model, which is undoubtedly the flagship of the Audi RS family. “For the first time in the 25-year history of Audi RS models, we are putting a large SUV coupe with the genes of a true high-performance sports car on the road,” said Oliver Hoffman, Managing Director of Audi Sport GmbH. I couldn’t agree with him more. 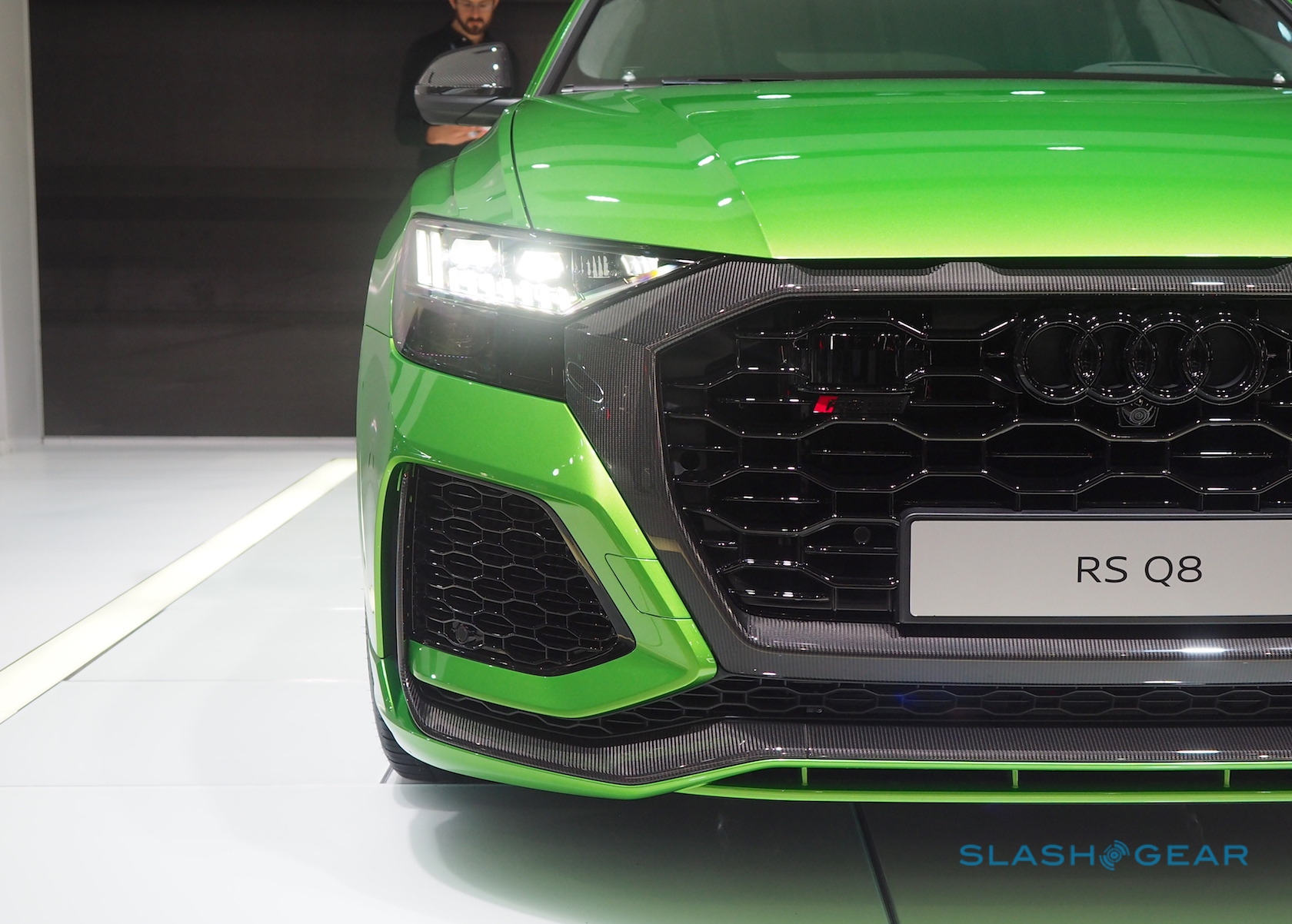 There’s a lot riding on the RS Q8 since it’s the first-ever Audi SUV to sport the RS badge. You can also think of it as the first Audi RS model that is not based on a station wagon or sedan. In Europe, Audi released an SQ8 model brandishing a torque-rich diesel V8 mill with 429 horsepower and 664 pound-feet of torque. Since diesel cars have fallen out of favor here in the US, Audi has opted for a V8 gas engine in the new RS Q8 model. “With its bi-turbo V8 gasoline engine, the Audi RSQ8 is the prestigious spearhead of the RS model family,” added Hoffman. 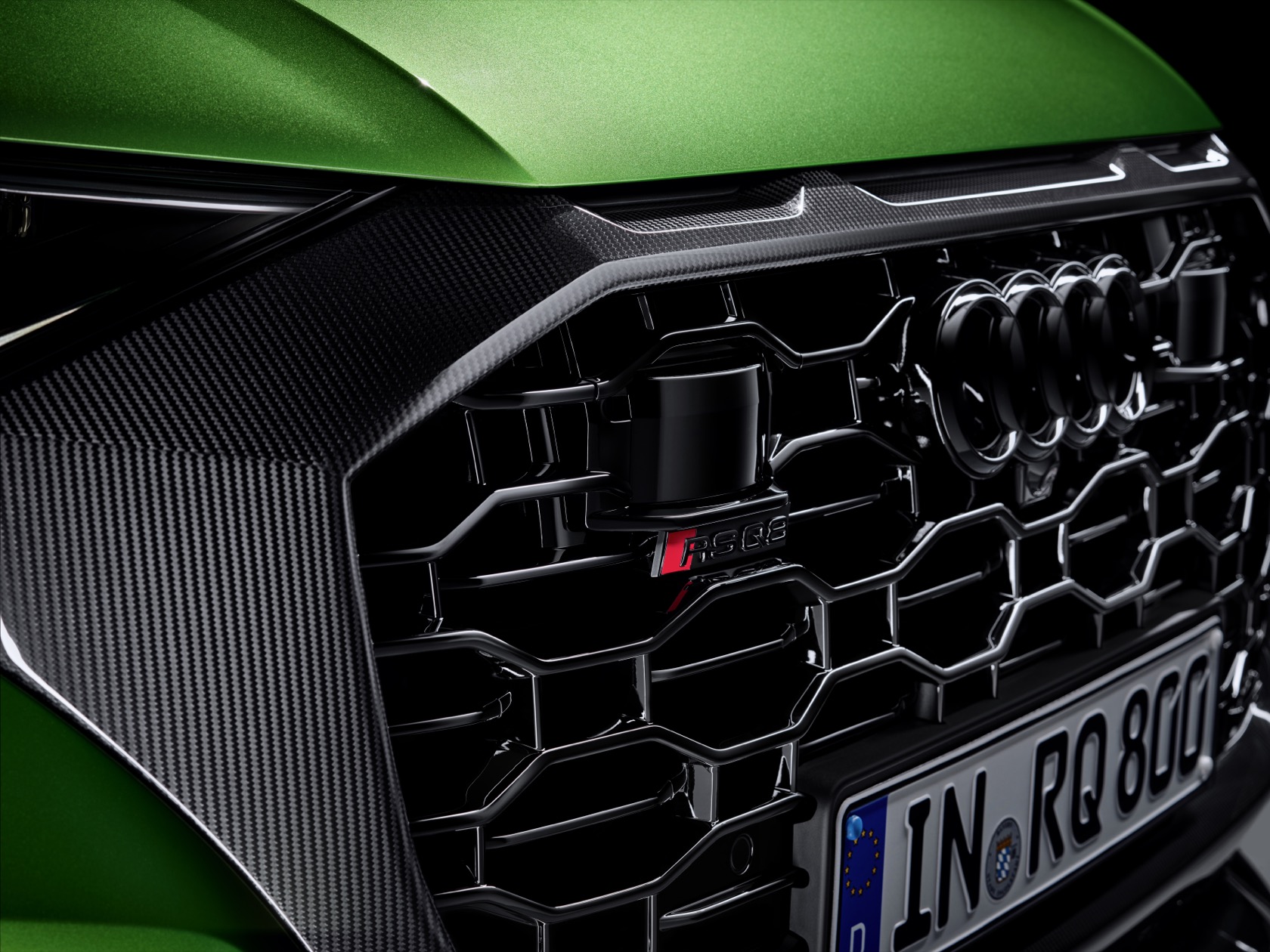 What we’re expecting from the RS Q8 is a 4.0-liter V8 with direct injection and a mild-hybrid system – the same powerplant and MHEV system found in the RS6 Avant and RS7 Sportback. It produces 600 horsepower and 590 pound-feet of torque, making it the most powerful SUV in Audi’s range.

Even with a larger and heavier SUV body, Audi says the V8 should be sufficient to propel the RS Q8 from 0 to 60 mph in 3.8 seconds. That’s a mere one-tenth of a second slower than both the RS6 Avant and RS7 Sportback – both of which are normal cars sitting closer to the ground. I don’t know about you but thinking about the RS Q8 blasting to 60 mph faster than most sports cars is like watching Hulk Hogan winning the Boston marathon. 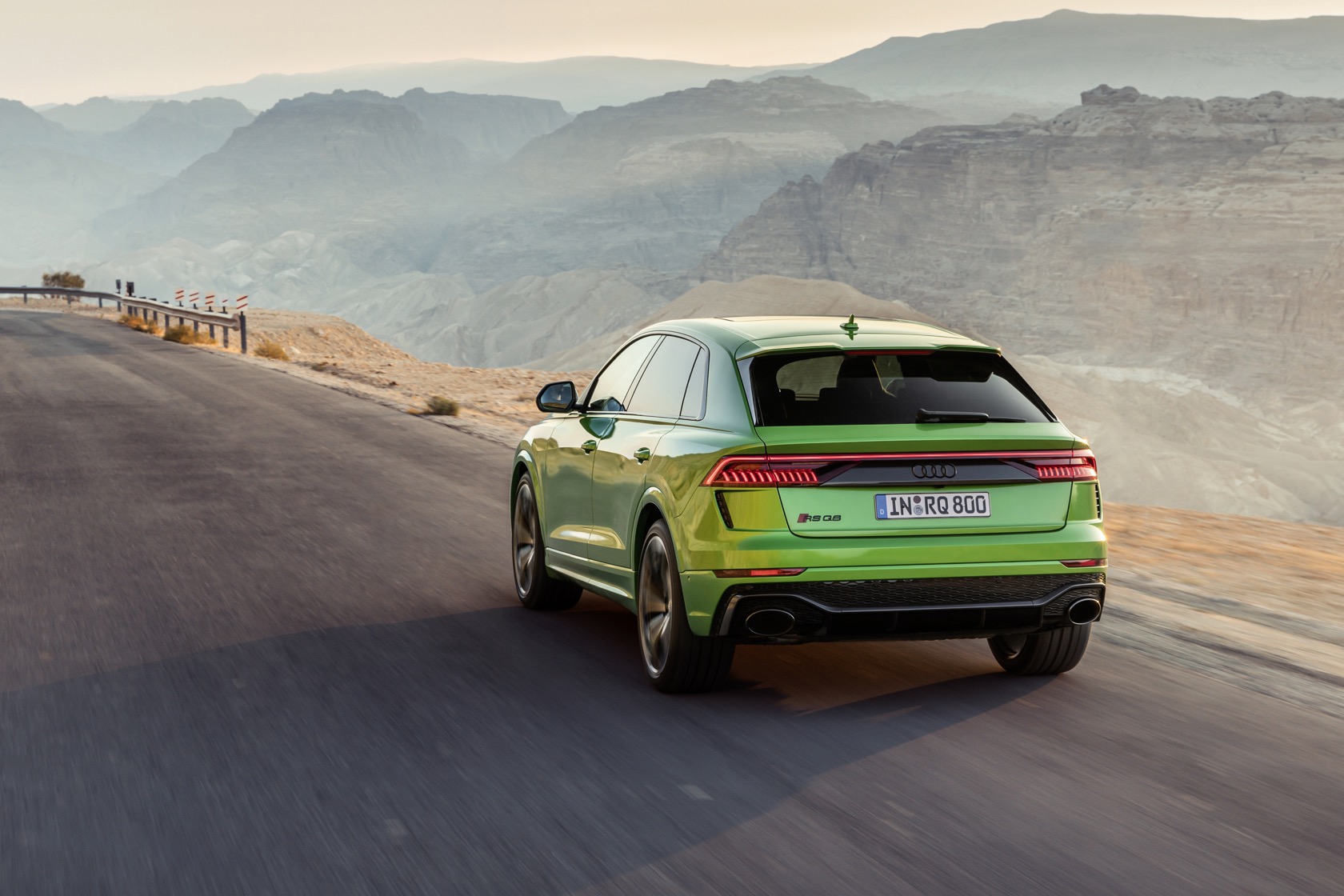 According to Audi, the RS Q8 achieves 124 mph from rest in just 13.7 seconds, and hurtles on toward a top speed of 155 mph. That’s electronically-limited, mind: add the optional dynamic package, and the top speed increases to 190 mph.

Similar to the mild-hybrid system in the RS7 Sportback, the one fitted in the RS Q8 is more oriented towards improving efficiency instead of adding performance. There’s a belt alternator-starter system that recovers up to 12 kW of power when decelerating, feeding the electrons to a small lithium-ion battery pack. This provides enough juice to operate the start/stop system while allowing the vehicle to coast for up to 40 seconds with the engine off, thereby enhancing fuel economy by as much as 0.8-liters per 100 kilometers. Also helping the cause is a cylinder-on-demand system, that shuts down half of the V8 engine at lower speeds. 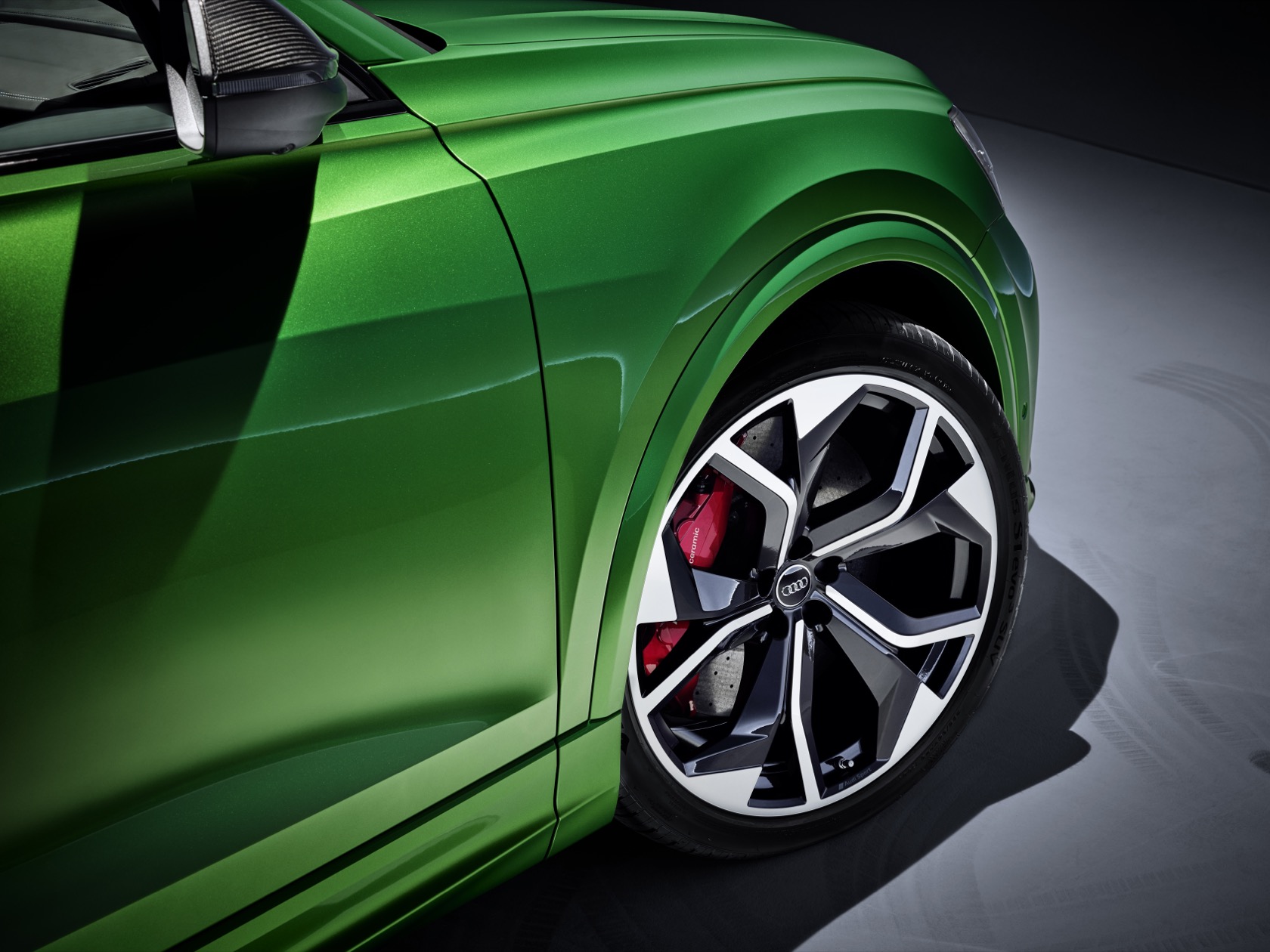 Power is directed to all four wheels via Audi’s Quattro all-wheel-drive system and standard eight-speed automatic Tiptronic gearbox. The drive system is equipped with a mechanical center differential to give the RS Q8 a rear-biased feel. In normal driving, power is split 40:60 between the front and rear axles. But, as the system detects slippage, it can automatically direct up to 70-percent of torque to the front and 85-percent to the rear wheels. If you get the optional Quattro sport differential, the system also gets wheel-selective torque control with active torque vectoring to improve traction and handling. 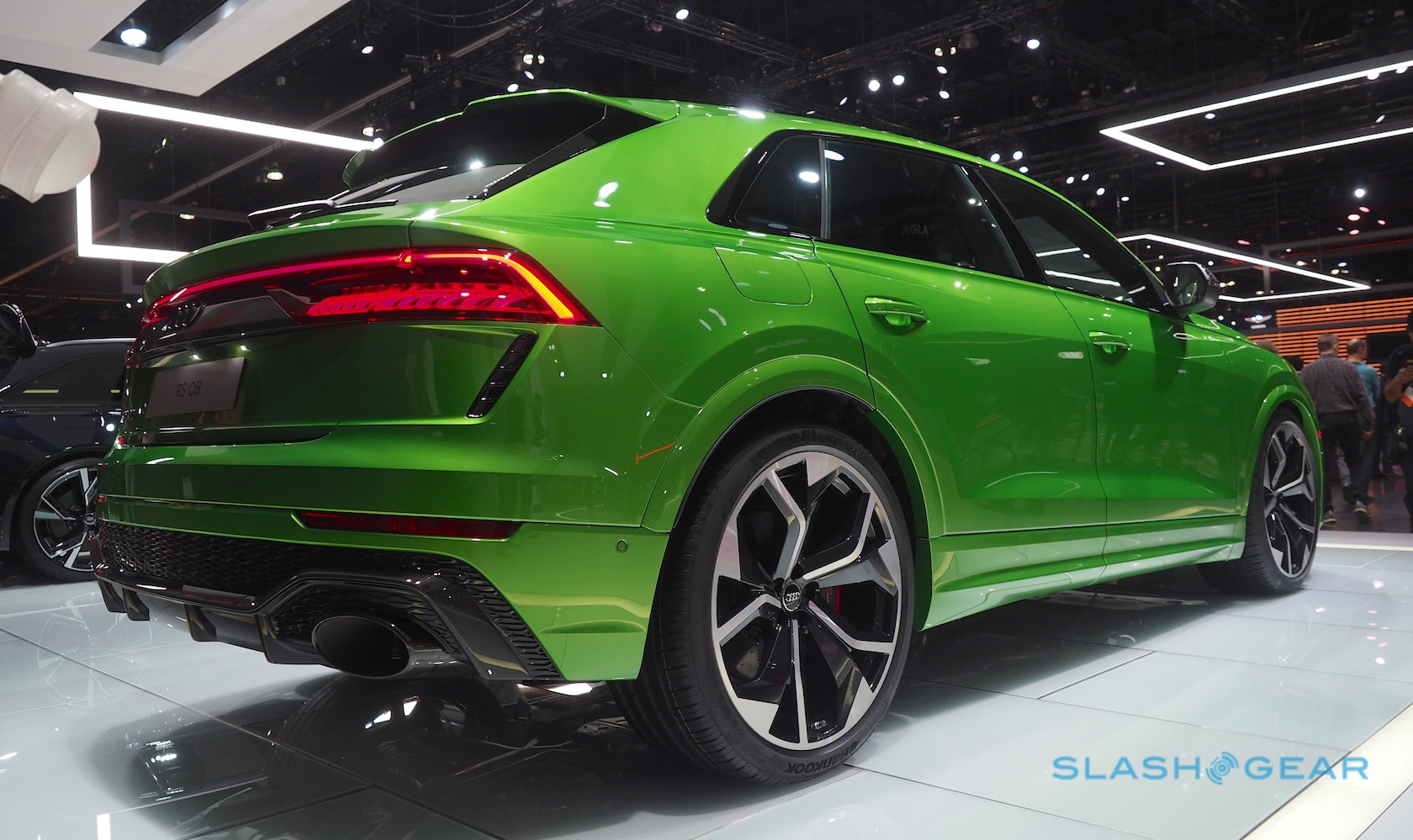 The RS Q8 also receives standard adaptive air suspension with RS-specific dampers, which allows you to raise the ride height up to 3.5-inches (90 millimeters), which is particularly helpful if you accidentally drive your RS Q8 on anything that doesn’t resemble smooth tarmac. 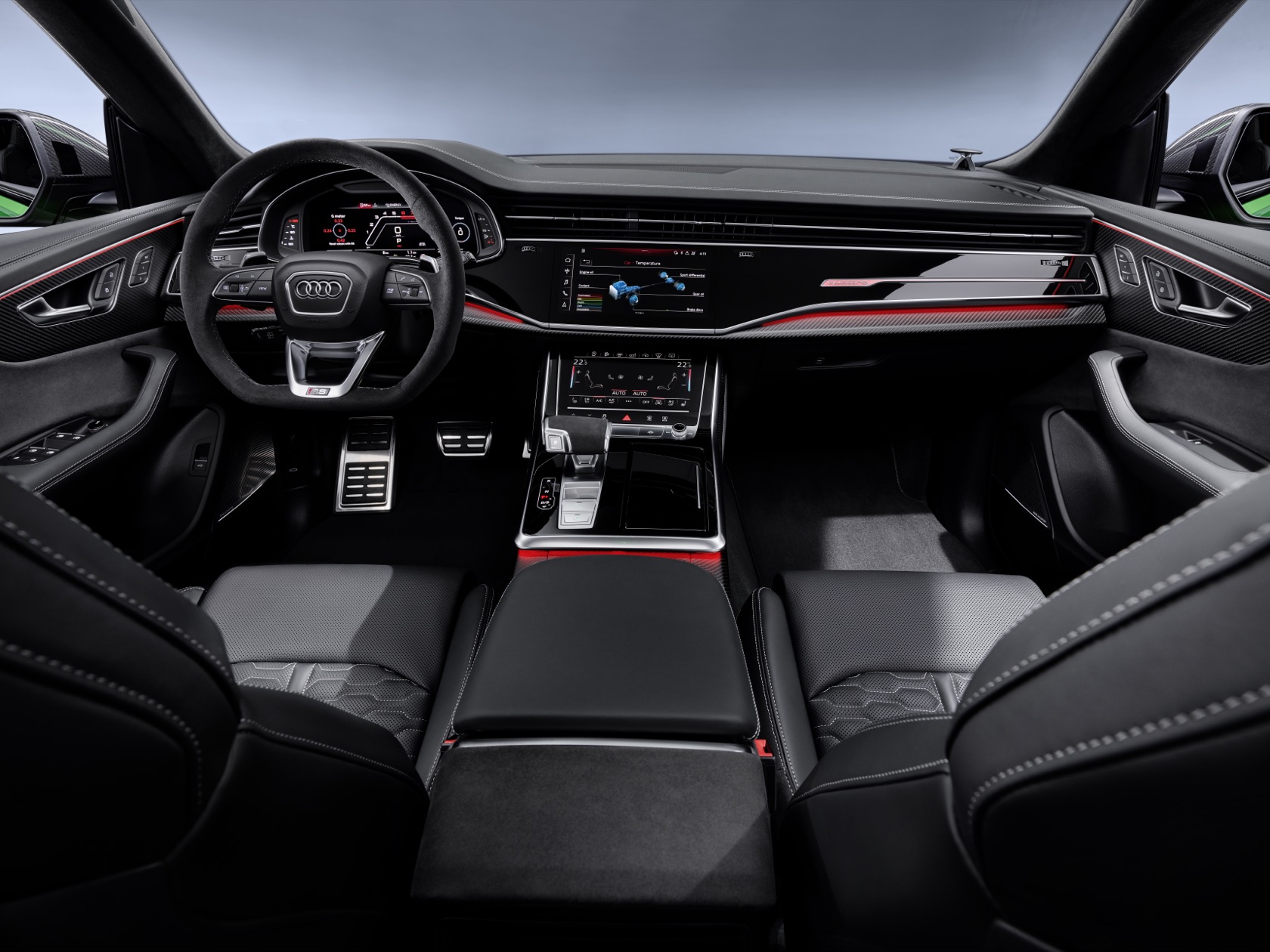 Standard all-wheel steering angles the rear wheels in the opposite direction at low speeds to improve maneuverability. Once you’re moving, the system turns the rear wheels in the same direction as the front to enhance stability. The RS Q8 doesn’t pretend to be a small SUV, but Audi’s various drive technologies should go some way to giving you the sensation that you’re driving a much more compact vehicle. 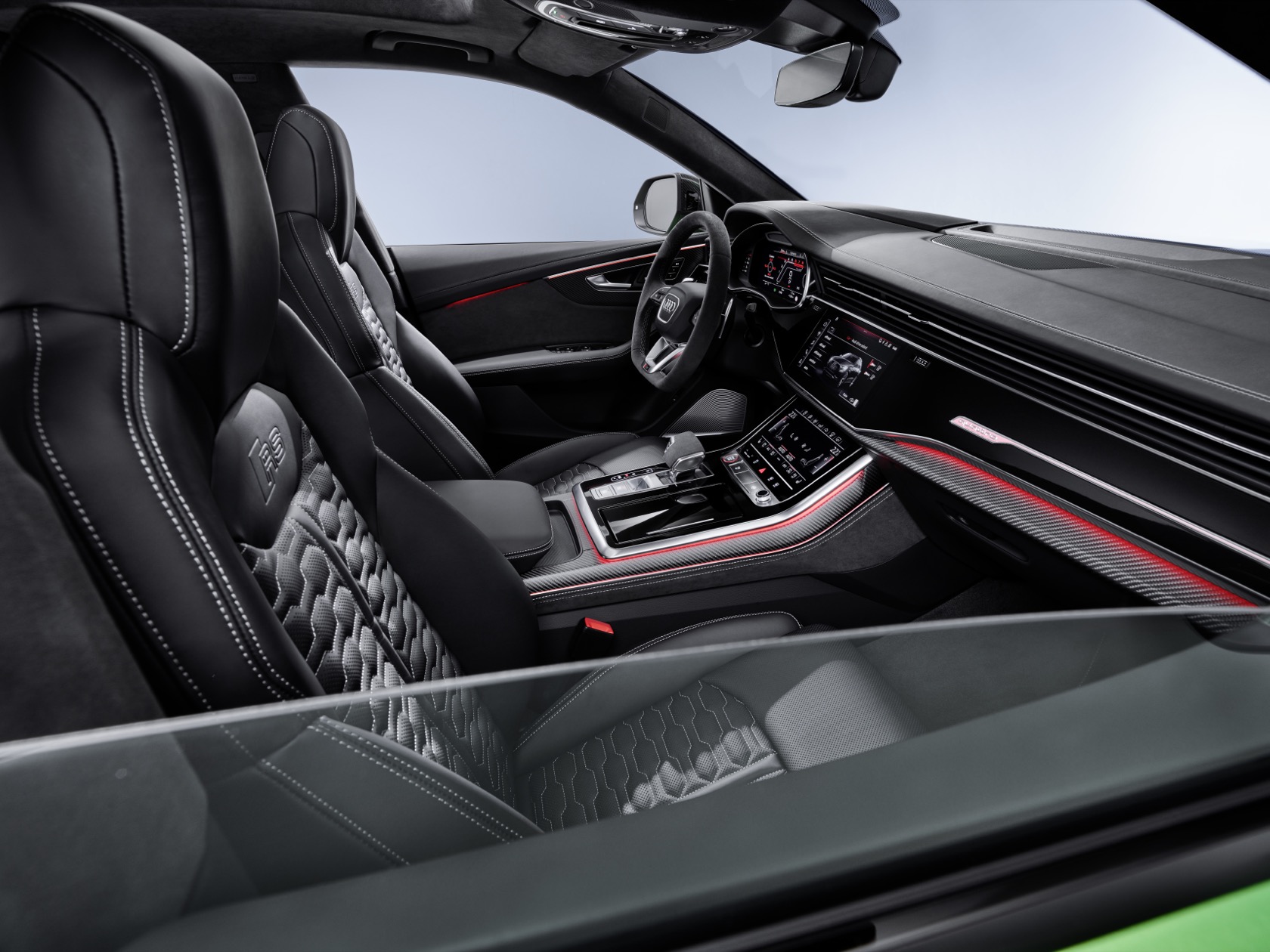 Style-wise, the 2020 Audi RS Q8 is clearly an RS model with a wider stance and a plethora of RS-specific details. This includes the now-familiar RS Singleframe octagonal radiator grille, side air inlets, continuous side sills, an RS-approved rear spoiler, and massive oval tailpipes. Also standard are 22-inch 10-spoke alloy wheels wrapped in 295/40-series sporty rubber, which the automaker claims are the largest ever factory-installed tires on a production Audi vehicle.

The interior receives the RS treatment with sports seats wrapped in black pearl Nappa leather and Alcantara with RS embossing, an RS steering wheel covered in perforated leather with RS-mode button, and the Audi virtual cockpit with an MMI display that provides specific information like g-force, lap times, and tire pressure. No US pricing yet, but in Europe it’ll be priced at 127,000 euro ($140k). 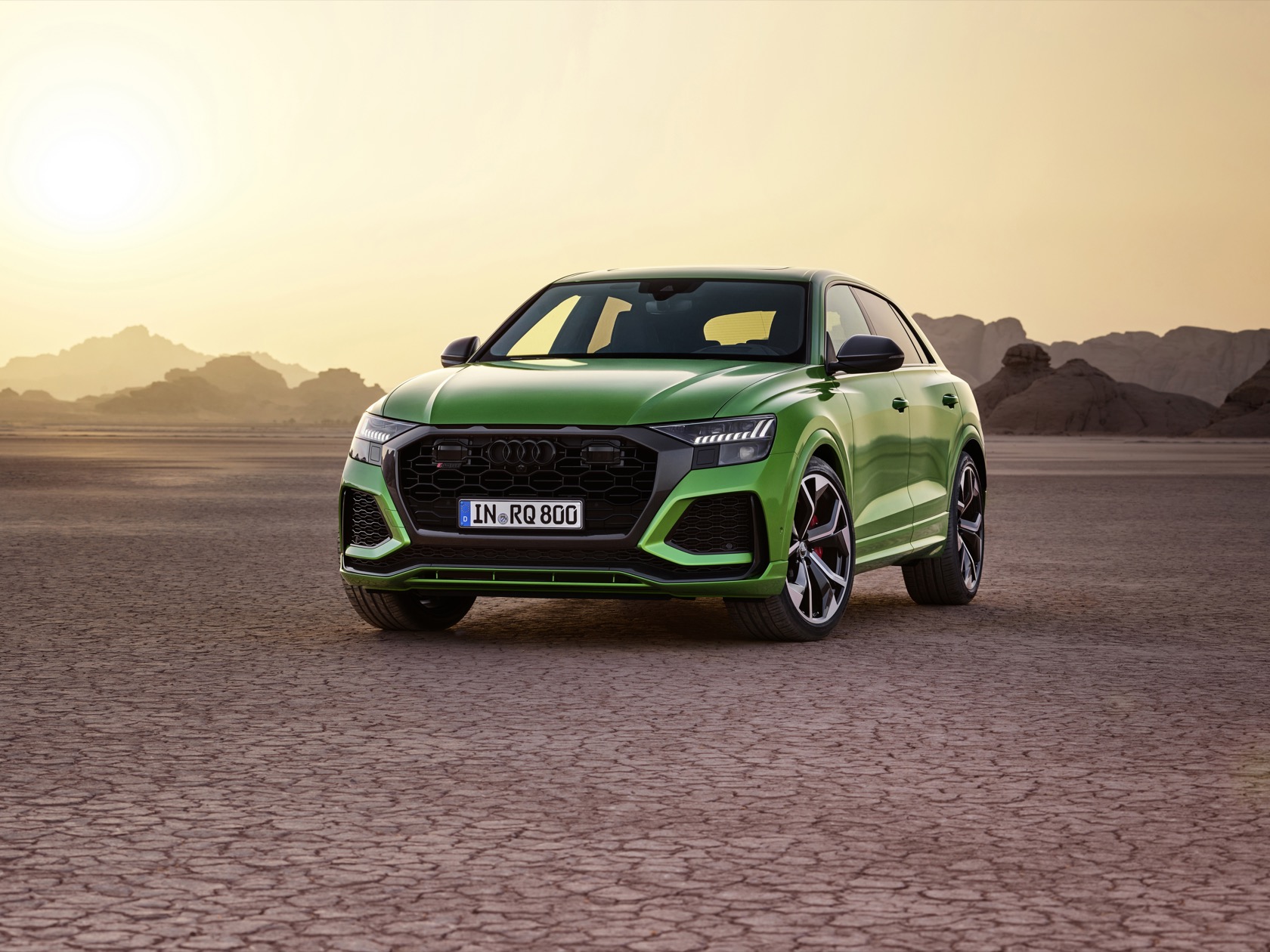 Just when we thought we’ve seen the best of Audi’s newest RS range, along comes the RS Q8 to round things out. But is it good enough to make me fall out of love with the RS6 Avant and RS7 Sportback? I eagerly await for the upcoming drive program to find out and report back to you.