Acer announced a bunch of new machines today, and among them were gaming desktop refreshes aplenty. Specifically, Acer announced new Predator Orion 3000 and Orion 9000 gaming desktops, along with a new desktop in the Nitro 50 line. Counted together, it seems these new desktops cover a fairly wide range of specifications. 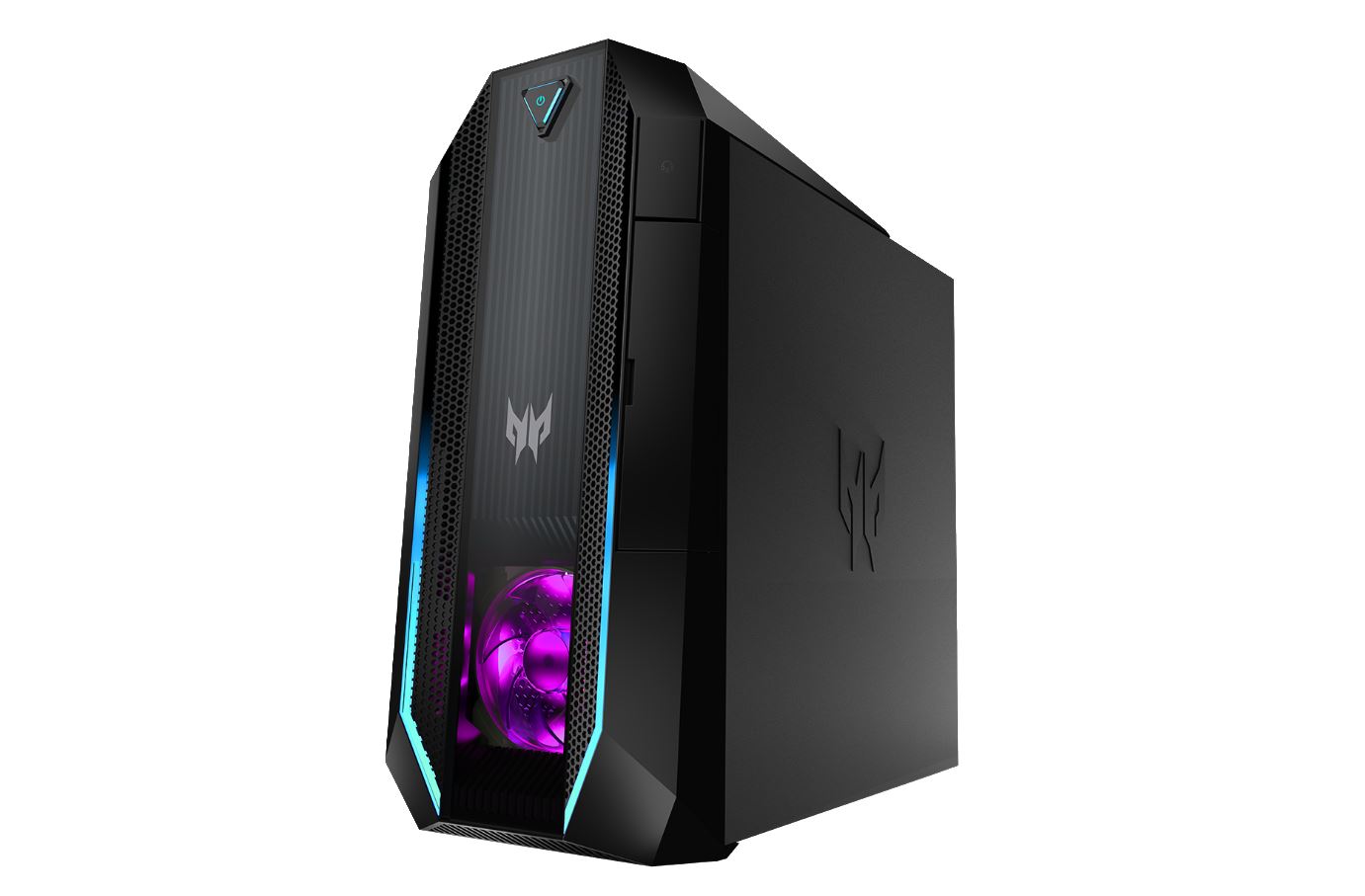 Those looking for a gaming desktop that doesn’t have the footprint of a full-sized gaming tower might want to have a look at the refreshed Predator Orion 3000. The hardware for the Orion 3000 is packed into a mid-sized tower, so while it’s still going to have some heft to it, it won’t take up as much space as the PC gaming behemoths. 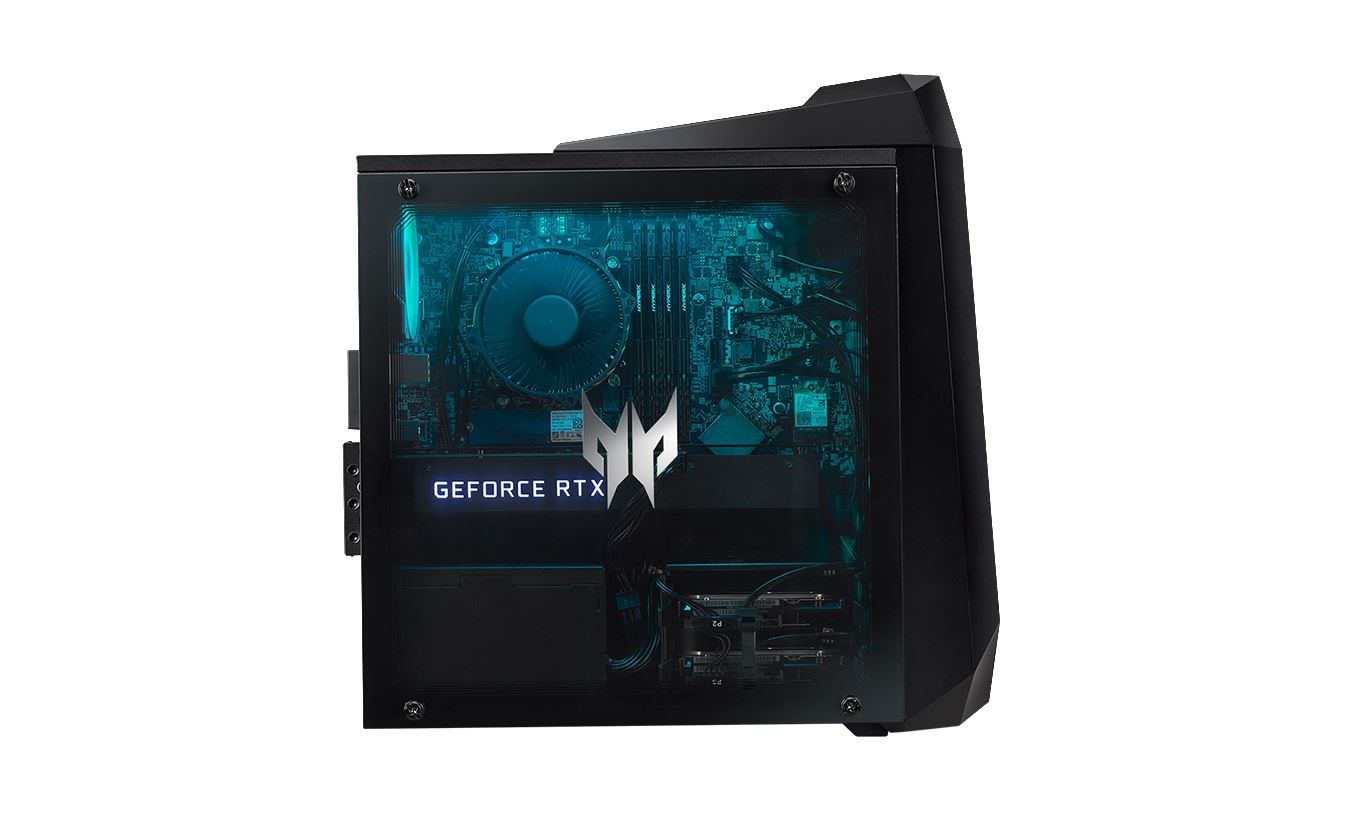 Acer says that it outfitted the Orion 3000 with a 10th-gen Core i7 processor – keeping which one specifically a secret for now – along with a GeForce RTX 2070 Super. You’ll be able to customize the RAM, which can go up to 64GB of 2666MHz DDR4 memory, and the storage, which has options ranging up to a 1TB NVMe SSD and two SATA 3 HDDs. Like a lot of the gaming machines we’ll see launching in the near future, the Orion 3000 supports WiFi 6, and of course, there’s even some RGB lighting on the front of the case that can be customized with Acer’s software. 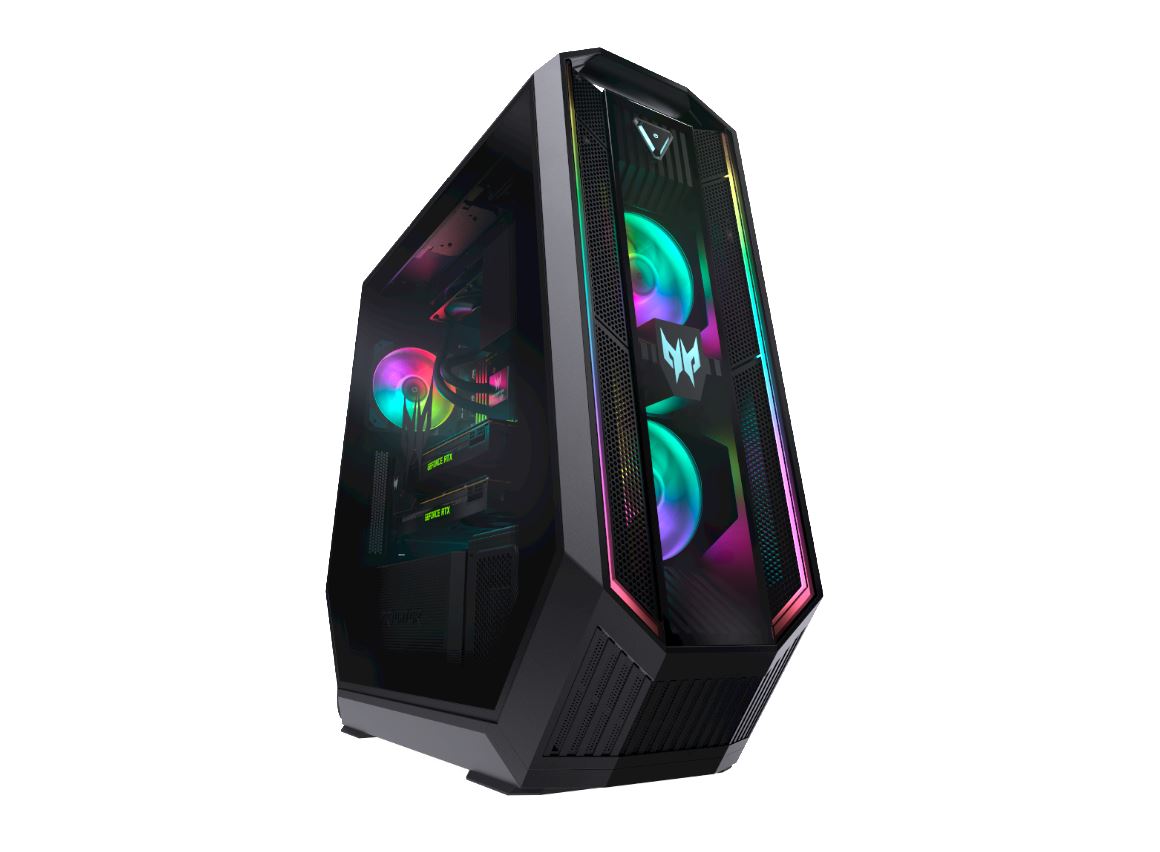 If you’re looking for a step up from the Orion 3000, then the Orion 9000 is probably it. This machine swaps out the Core i7 for a Core i9 Extreme and the RTX 2070 Super – a very capable graphics card in its own right – for a pair of RTX 2080 Ti GPUs arranged in SLI. RAM options weren’t mentioned, but we imagine that you can go up to the same 64GB of RAM that you can in the Orion 3000. 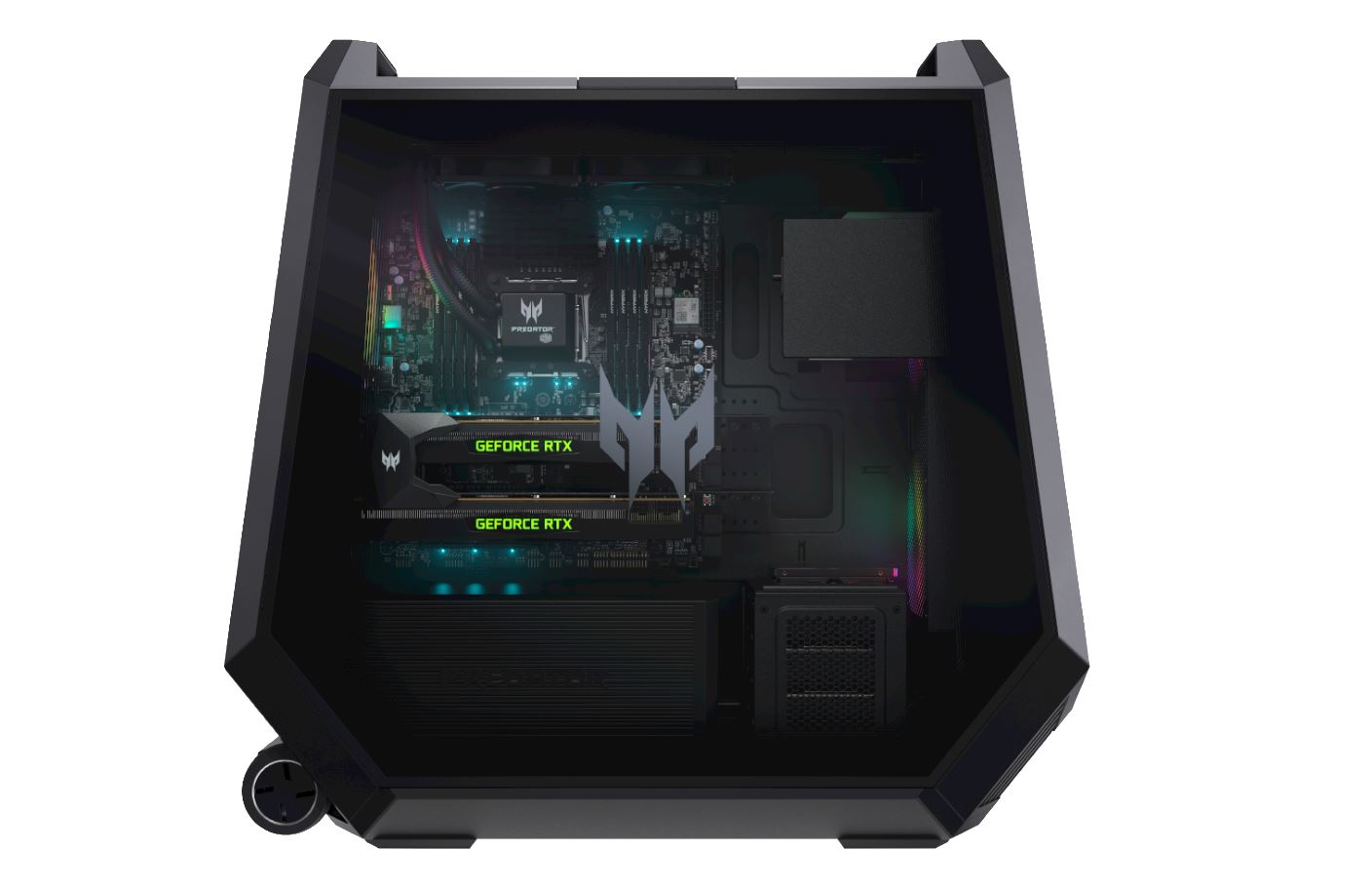 Like the CPU and GPU, storage options take a step up in this PC as well, with the Orion 9000 supporting up to two 2.5-inch SSDs and three 3.5-inch SSDs (strangely, there isn’t a mention of the NVMe SSDs that are found in the Orion 3000). The CPU, unsurprisingly, is liquid cooled, while Acer has equipped the case with three 4.7-inch Predator Frostblade fans. The chassis even has a headset cradle, a handle, and wheels, so if that’s any indication, this isn’t going to be a cheap rig when it launches. 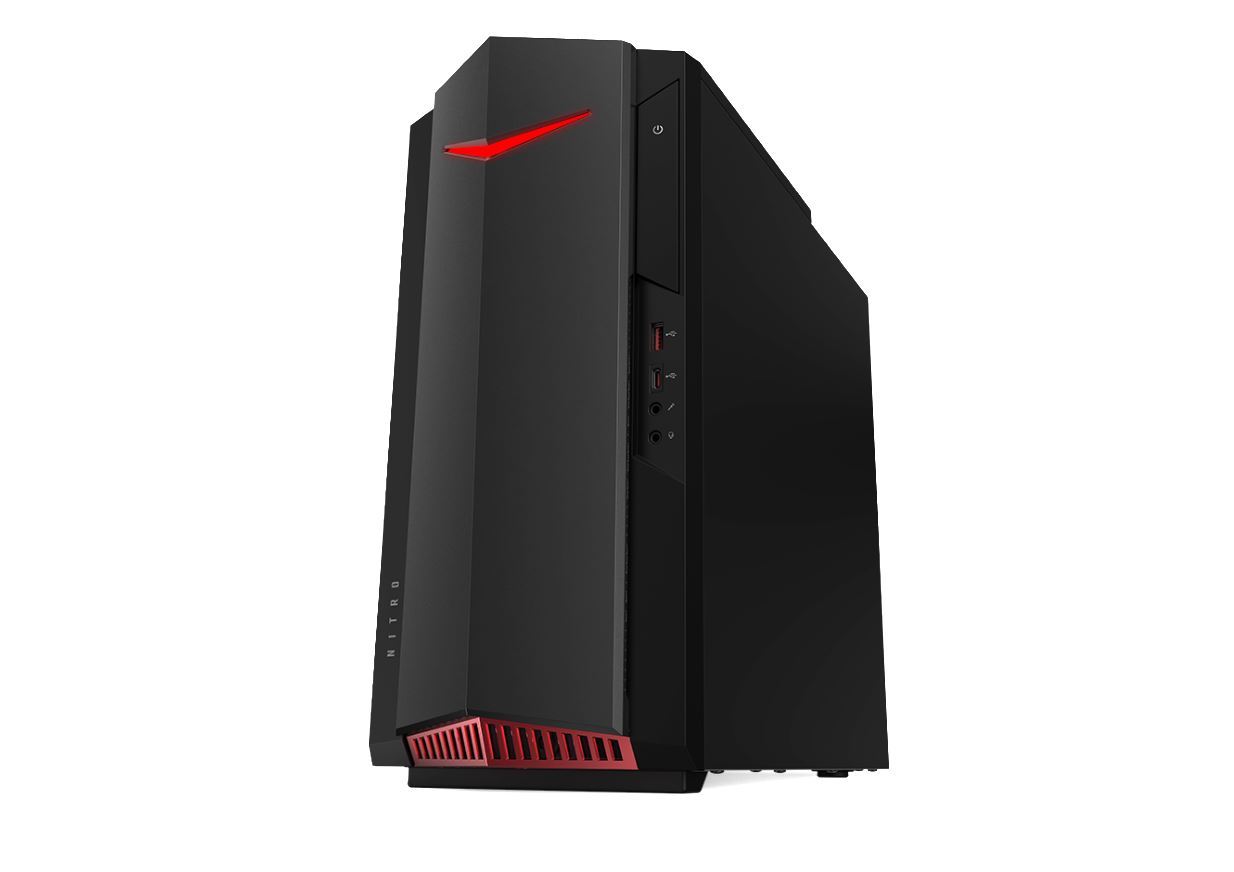 The Nitro 50 seems to slot in right behind the Orion 3000 when it comes to hardware. We’ll still see a 10th-gen Core i7 at the center of this rig, only this time it’s paired with an RTX 2060 Super. RAM options once again cap out at up to 64GB of DDR4-2666, while storage comprises a 1TB NVMe SSD and two 3TB HDDs – certainly not bad on paper, but without more specific specifications, it’s hard to know just how capable some of this hardware is.

As expected, the new Nitro 50 comes in at the lowest price point as it starts at $799.99; we’ll see it launch in North America in September, EMEA in August, and China in July. The Orion 3000 starts at $999.99 and will be launching at the same time and in the same regions as the Nitro 50.

The Predator Orion 9000, on the other hand, does not have a North American launch window just yet, which suggests that it may not release on this side of the Atlantic. We’ll see it release in EMEA in October for €2,799 (around $3,150) and in China in September.