Porsche has gone official with one of the hottest SUVs on the market in the form of the 2019 Porsche Cayenne Turbo. The SUV has a 4.0L twin-turbo V8 heart that makes 550 hp and 567 lb-ft of torque. Porsche says that it is quicker and faster than the previous generation Cayenne Turbo S.

The 2019 Cayenne Turbo can also be fitted with rear-axle steering and electronic roll stabilization. Turbo models get an exclusive front end and LED main headlights of the Porsche Dynamic Light System. Turbo buyers get double-row front light modules, something V6 buyers don’t get.

The wheel arches are widened and the SUV rolls on special 21-inch wheels. The turbo also gets specific twin tailpipes to set it apart from the six-cylinder versions. Inside the Cayenne Turbo gets center mounted grab handles, a 12.3-inch screen in the dash, and an analog tech with a pair of 7-inch screens on each side.

Those screens can show virtually all vehicle functions and are part of the Porsche Advanced cockpit. Standard audio system is a 710w Bose Surround Sound System. Also standard are 18-way sport seats with integrated headrests and heating functions. The Cayenne Turbo will land at dealerships this fall starting at $124,600. 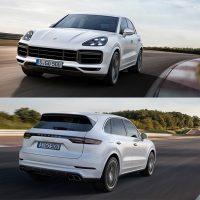 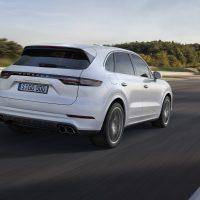 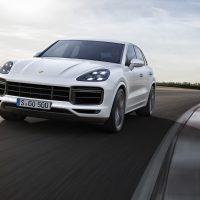 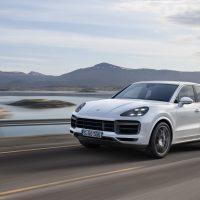 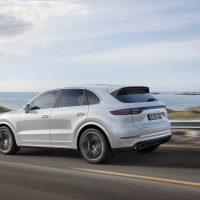 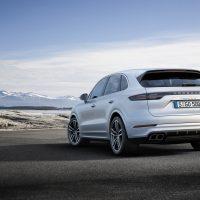 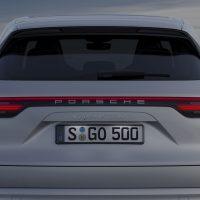 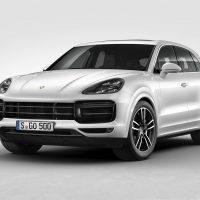 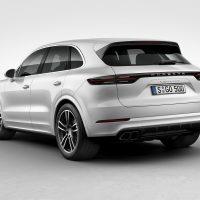