Nissan has announced the official pricing on its 2019 Titan and Titan XD trucks, which are available to purchase now nationwide. The 2019 Titan starts at $30,390 for the Titan S Single Cab 4×2 and $32,670 for the Titan XD S Single Cab 4×2 gas truck. Buyers who want that Titan XD S single cab 4×2 with diesel power will shell out $38,270 making the diesel engine an expensive upgrade.

Titan XD Crew Cab SL and Platinum levels get the Fender system standard, and it is an option on the PRO-4X versions. All Titans get a 7.0-inch touchscreen auto system with Nissan Connect and support for Apple CarPlay and Android Auto.

All 2019 King and Crew cab models get the Rear Door Alert system that uses door sensors, horn, and a message display to remind drivers to check the back seat when parking their vehicles. The standard Titan half-ton truck gets a 390hp 5.6L Endurance V8 and 7-speed automatic. For 2019 SV grade trucks get a body-color outer grill and gloss black metallic inner treatment rather than the chrome on last year’s model. 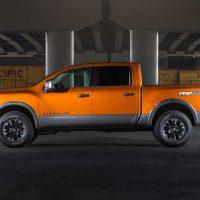 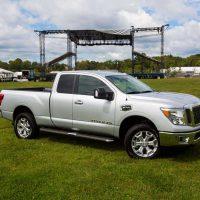 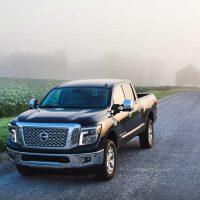 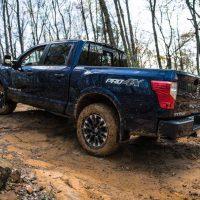