There are a handful of brands that are uniquely positioned to take full advantage of soaring public interest in crossovers and SUVs, and GMC – alongside Land Rover and Subaru – is one of them. Long the truck-focused division of corporate parent General Motors, GMC has enjoyed rousing success thanks to sales of family-oriented vehicles like the Yukon, the Acadia, the Terrain, and the enormously profitable Denali luxury line.

It’s the smallest member of that SUV trio – the GMC Terrain – that has been thoroughly updated for the 2018 model year. Following in the footsteps of the equally-new Chevrolet Equinox, (which went on sale earlier this year, and with which the Terrain shares a platform), the Terrain offers a fresh look combined with a host of intriguing drivetrain changes that significantly alter the course of the previous generation. 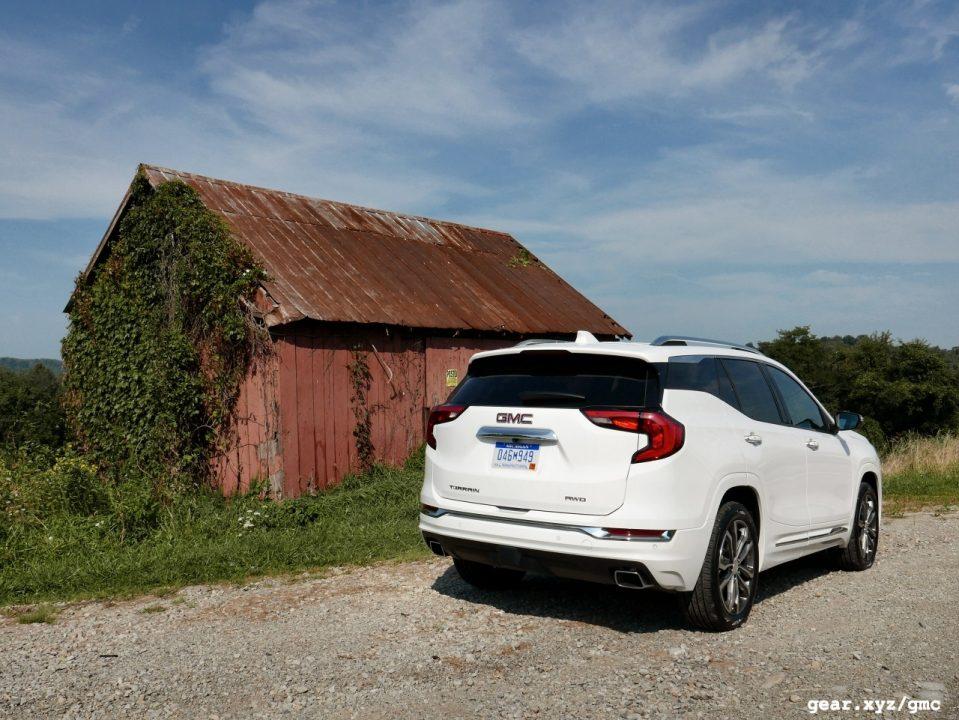 Potential customers will be quick to remark on the 2018 Terrain giving up its squared-off angles in favor of a pleasing, but more anonymous look that makes use of a number of styling cues – particularly in terms of lighting, and the ‘floating’ rear pillar that disappears between the back window and side glass – that can be found on other models in the compact SUV segment. Inside, the cockpit, switchgear, and seat covers will for the most part be familiar to anyone who’s driven a recent GMC or Chevrolet product, including an upgraded version of the GMC IntelliLink infotainment interface and a straightforward gauge presentation highlighted in some trim levels by aluminum-look brightwork. It’s not an unpleasant place to spend time, and it’s on par with offerings from rival brands such as Toyota (the RAV4) or Ford (the Escape). Interior room is also competitive in the first and second rows, and there’s just over 63 cubic feet of total cargo space on offer (with the ability to haul longer items by way of a fold-down front passenger seat).

There are two notable exceptions to the ‘business as usual’ interior design, and both are located on the center console. The first is a rotary dial that allows drivers to select various modes for the Terrain’s optional four-wheel drive system. It’s not possible to ‘lock’ the vehicle into doling out torque evenly between front and rear axles – GMC has tellingly named the feature ‘Traction Select,’ as it instead adjusts the traction and stability control systems to better deal with snow or low-grip situations. You can also specify whether you want to stay exclusively in front-wheel drive mode to improve fuel efficiency (with front-wheel drive-only models offering a more limited version of Traction Select). 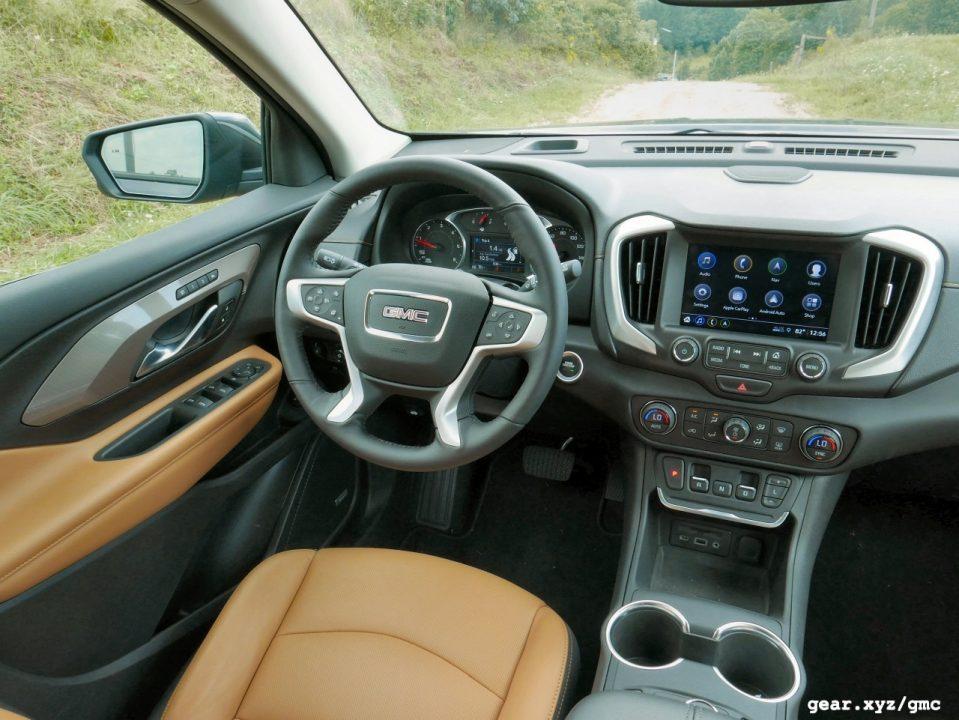 More unusual is the move to a series of push-and-pull buttons located at the front of the console to activate the GMC Terrain’s standard automatic transmission. With two small buttons that must be pulled to engage Drive or Reverse, and a larger Park button that is pushed to activate, GMC claims that it’s impossible to confuse one control for the other (and there’s also a set of buttons in place to select a lower or higher gear for towing purposes). There’s no question that the small form factor of the shifter setup frees up storage space in the center console, but a column-mounted shifter would have been more familiar, and achieved the same effect. 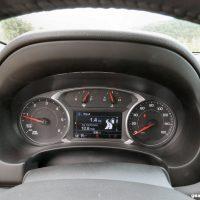 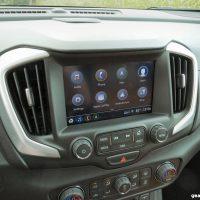 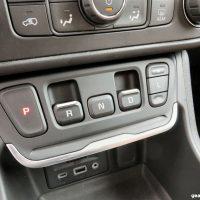 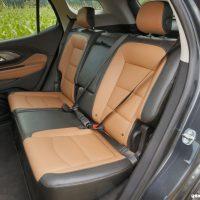 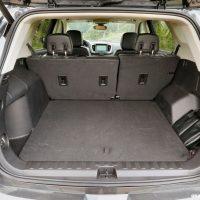 Under the hood the older V6 has been banished and buyers are facing a trio of four-cylinder choices, although initially the vehicle’s top-tier 2.0-liter turbocharged unit will be the only option available until dealer stock starts to fill out with lower-trim models. This 252 horsepower mill also produces 260 lb-ft of torque, and while it’s standard on the plush Denali edition of the Terrain it can also be ordered with the SLT and SLE versions of the SUV as well. Also on deck: the same 170 horsepower, 1.5-liter turbo motivating the Chevy Equinox, as well as an available 1.6-liter turbodiesel pegged to produce 137 horses and 240 lb-ft of torque.

I drove the 2.0-liter and the diesel back-to-back on the rural roads ringing Pittsburgh, Pennsylvania, and had previously spent an extended amount of time with the 1.5-liter unit in the Equinox in similarly hilly country. There’s really no ‘wrong’ choice to make among the three, for while the 2.0-liter is undeniably the peppiest member of the trio the 1.5-liter is strong enough to adequately pull daily driver duty (provided you aren’t regularly overloading the Terrain with passengers and gear). 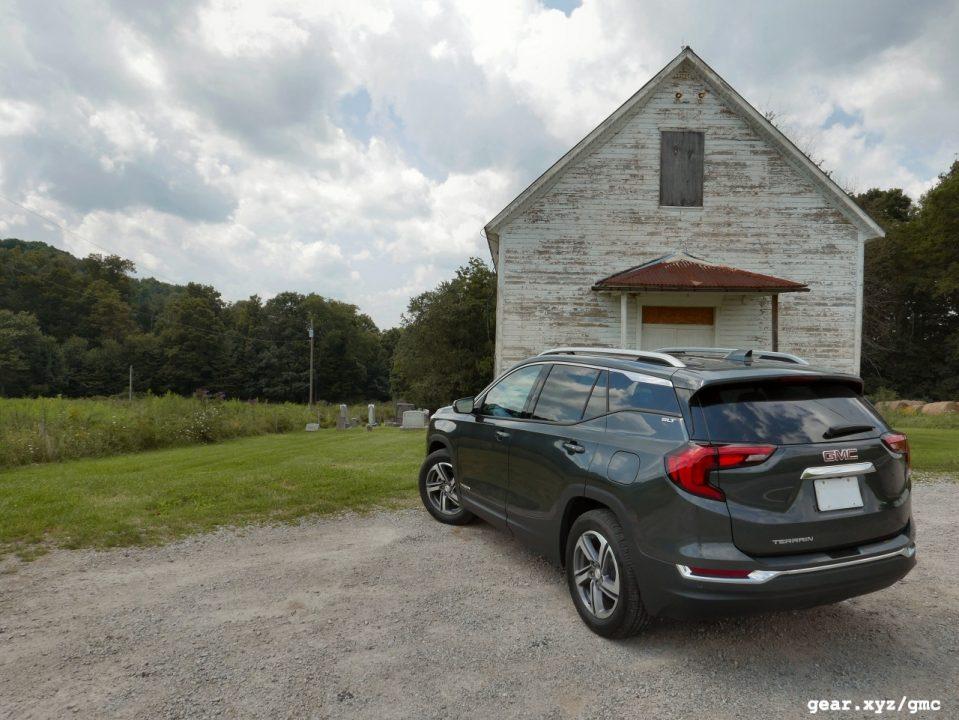 Hypermilers will be happy enough with the relatively quiet turbodiesel choice, which only raises its clatter when asked to work overtime in a passing maneuver. The diesel model swaps the nine-speed automatic found in the gas SUVs for a six-speed transmission of its own, with GMC reps remarking that there was no additional frugality to be squeezed out of it by way of adding extra ratios. Even with the six-speed, you’ll see 39-mpg in highway driving, or perhaps even better than that depending on how aggressively you tip into the engine’s torque band. 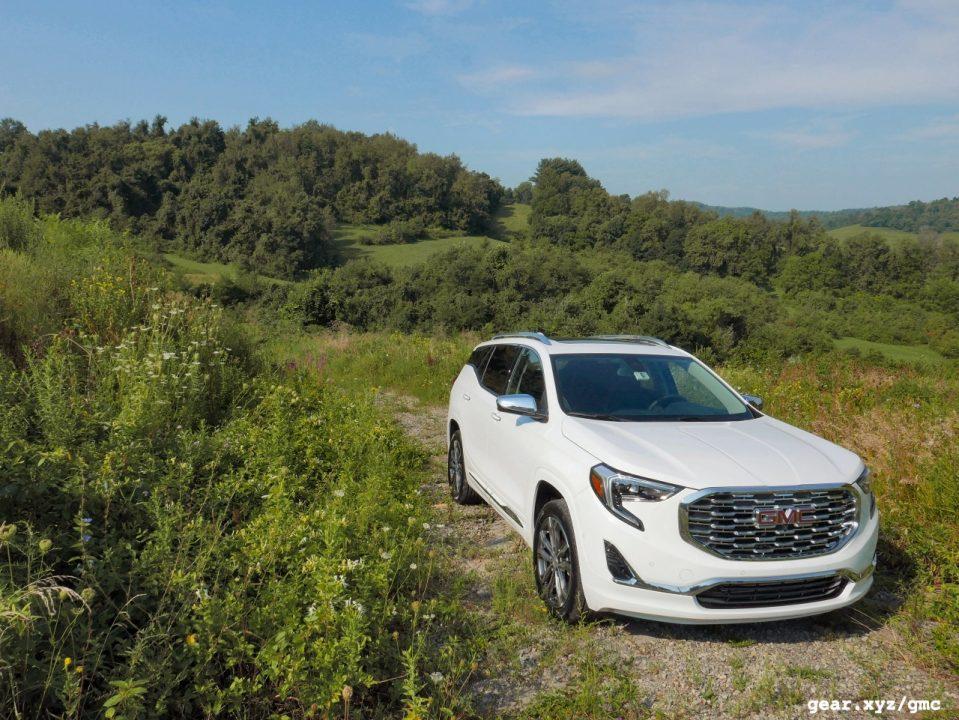 Lighter, more efficient, and certainly more modern than before, the 2018 GMC Terrain is a sound choice for SUV-shopping families, but not necessarily a stand-out, which means cross-shopping against the hordes of options in the compact class is essential before making the final decision to purchase. While the Denali edition does pack in a host of comfort features and advanced safety options that aren’t always available in competitor showrooms, you will have to pay upwards of $40,000 for a fully-loaded all-wheel drive model, which places the top-tier Terrain well above most of its similarly-sized imported and domestic rivals – and asks you to buy in to the bluster behind the badge, which as yet doesn’t enjoy the same resonance at the entry-level as it may in the pickup-truck world.