The 2018 Chevrolet Tahoe Custom was built for those people who not only need to tow, carry and haul, but also need to do them all at the same time. With seating for five adults, 54 cubic feet of storage (thanks to foregoing the traditional third row of seats) and a standard 6,600 pound towing capacity, this is intended to be the outdoor-weekend-trip flagship vehicle in the Chevy lineup. 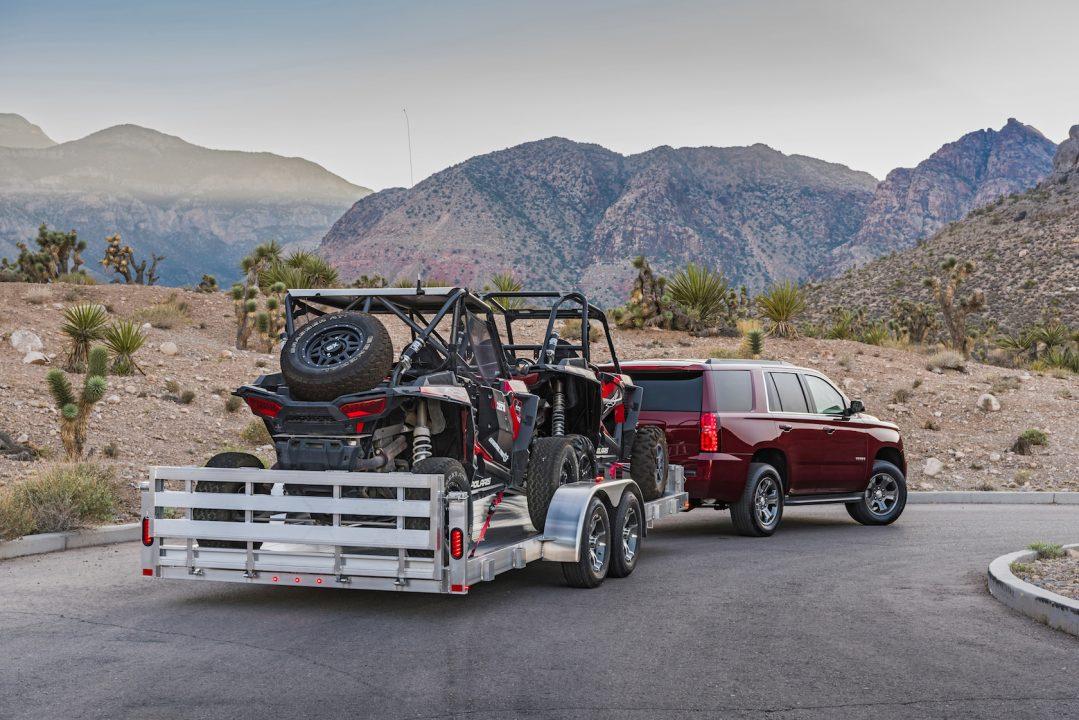 To prove that point, Chevrolet sent us into the Nevada desert for an afternoon. Our test rig came equipped with a trailer and a pair of Polaris RZR off-road vehicles. Weighing in at 1,400 pounds each, plus trailer weight, the total load came in at just under 5,000 pounds. Fortunately for our driver, Jeff, this was well within the 8,600-pound capacity of our optionally equipped max trailering package. Driving from the crowded streets of the legendary Las Vegas Strip, to the multilane pace of I-15, to the two-lane state road to the off-road trails south of town, the Tahoe had a range of environments to show its stuff.

And for the most part, the Tahoe Custom behaved like this job was only half-duty. The transmission hesitated just a bit between 1st and 2nd gear as if saying, “Sure, we can tow these RZRs to the track, or we could tailgate. Or maybe head to the garden center. No? OK, let’s do this.” The Tahoe worked the rest of the way up through the gears of its 6-speed automatic transmission without a complaint. The suspension gave just a hint of sway, owing to the inevitable tradeoffs between a pure towing setup versus a vehicle that can just as easily haul four buddies, the smoker, and several coolers to the stadium. 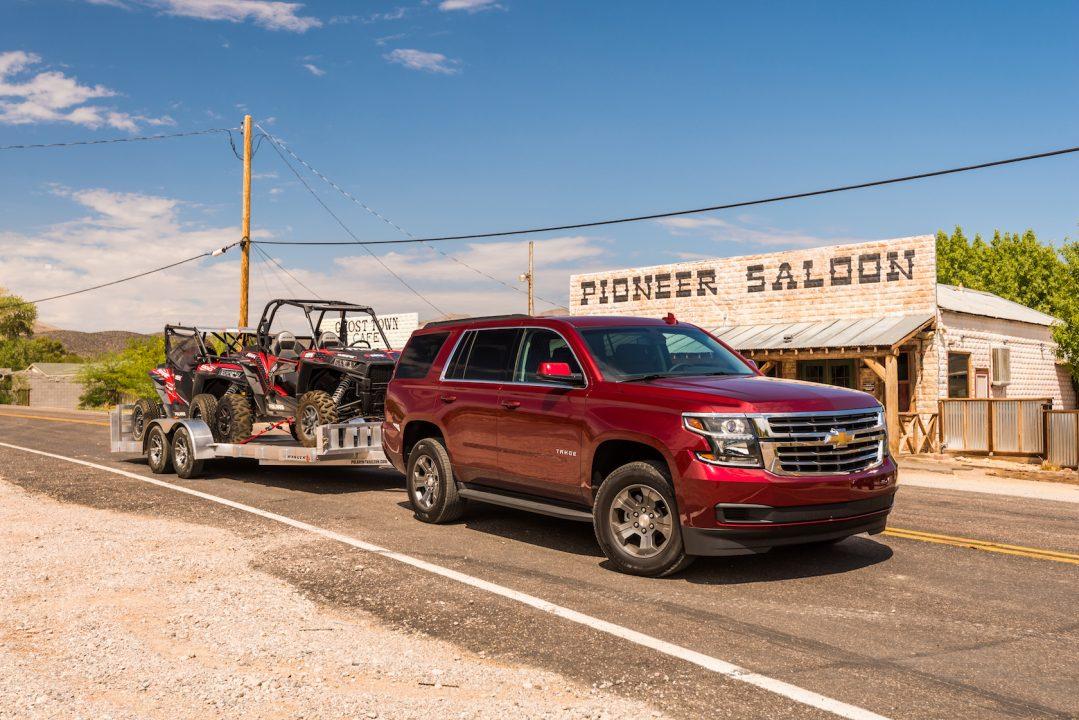 Curbside, it’s a Tahoe, and no mistaking it for anything else. Shorter than a Suburban, bulkier than a Traverse, and the giant Chevy badges front and rear make it impossible to doubt the manufacturer. The Active Fuel Management feature of the 5.3L V8, and the 8-inch touchscreen navigation/entertainment panel, tell you that this SUV is firmly in the 21st century. But the big, friendly instrument cluster and column-mounted shifter throws you back into the familiar comfort of the kinds of trucks Chevy has built over the last 40 years. 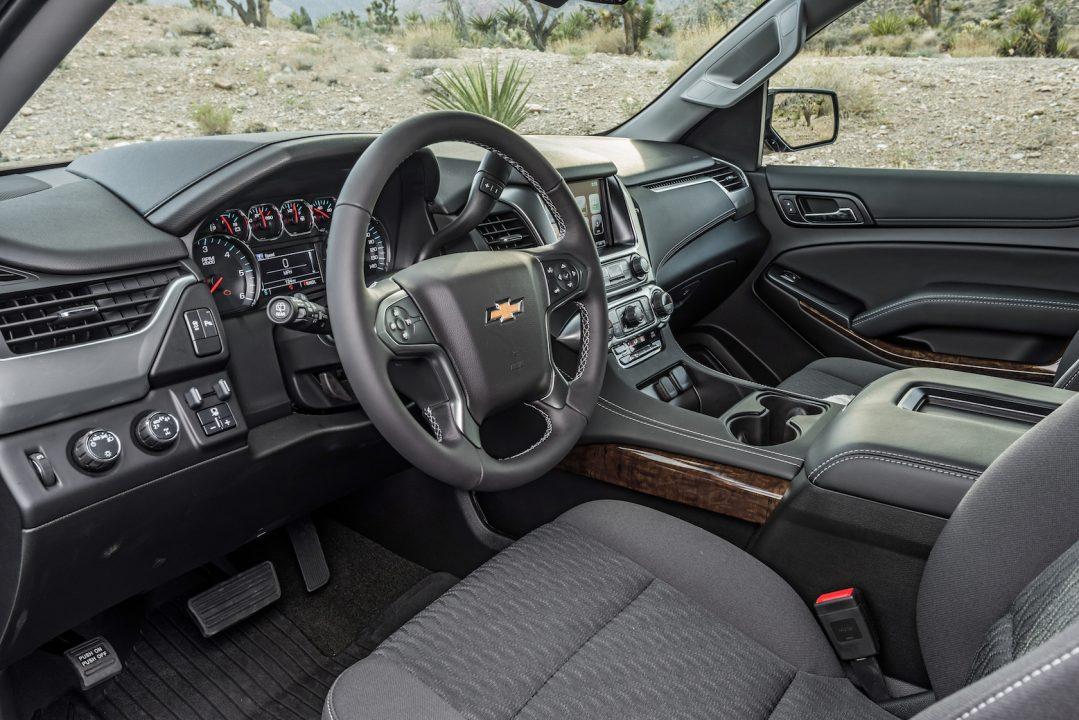 One final feature of the Tahoe Custom that might be a bit surprising: an MSRP of $44,995. A quick browse of the web puts the MSRP of the 2017 Tahoe LS at north of $47,000. One might question the need for another trim level from a nameplate that already has the LS, LT, and Premier labels. But for drivers who just need to tow, haul and carry without a lot of fanfare or excessive luxury, Chevy might be smart to have a go-to niche in its lineup. Hey, a guy’s gotta have some headroom in the paycheck for those RZRs. 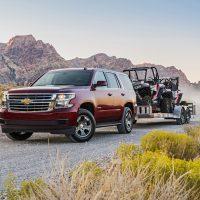 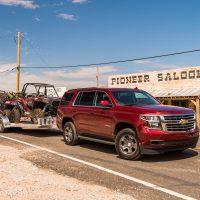 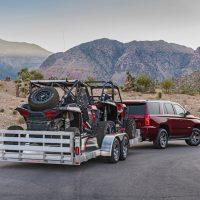 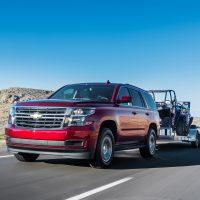 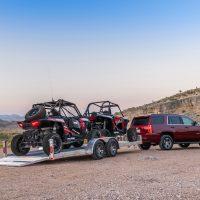