In an industry increasingly driven by bottom-line bolstering SUVs that cater to sales volume over anything resembling a passion for driving or design, the 2017 Infiniti Q60 is a ray of hope. Here is a car staged to take part in the vanishingly small sliver of the market given over to premium coupes – a segment devastated by the transition away from personal luxury to sport-utilities in the late 90s – and yet the investment made in the completely redesigned Q60’s every detail firmly communicates Infiniti‘s commitment to taking on leaders from BMW (the 4 Series), Mercedes-Benz (the C-Class) and Audi (the A5).

It starts with the sheet metal. A full day spent navigating the rapid two-lane roads that scythe through the hilly territory that encircles San Diego, California border like a gold-tinted scarf in a convoy of dark blue, deep red, and sterling silver Infiniti Q60s painted the eyes of passersby green with envy. Every single stop was extended by inquiries made to my co-pilot and I about the car, which proved impossible to ignore even on more isolated stretches of road where on one occasion a biker approached us from an eighth of a mile away to pepper us with questions. 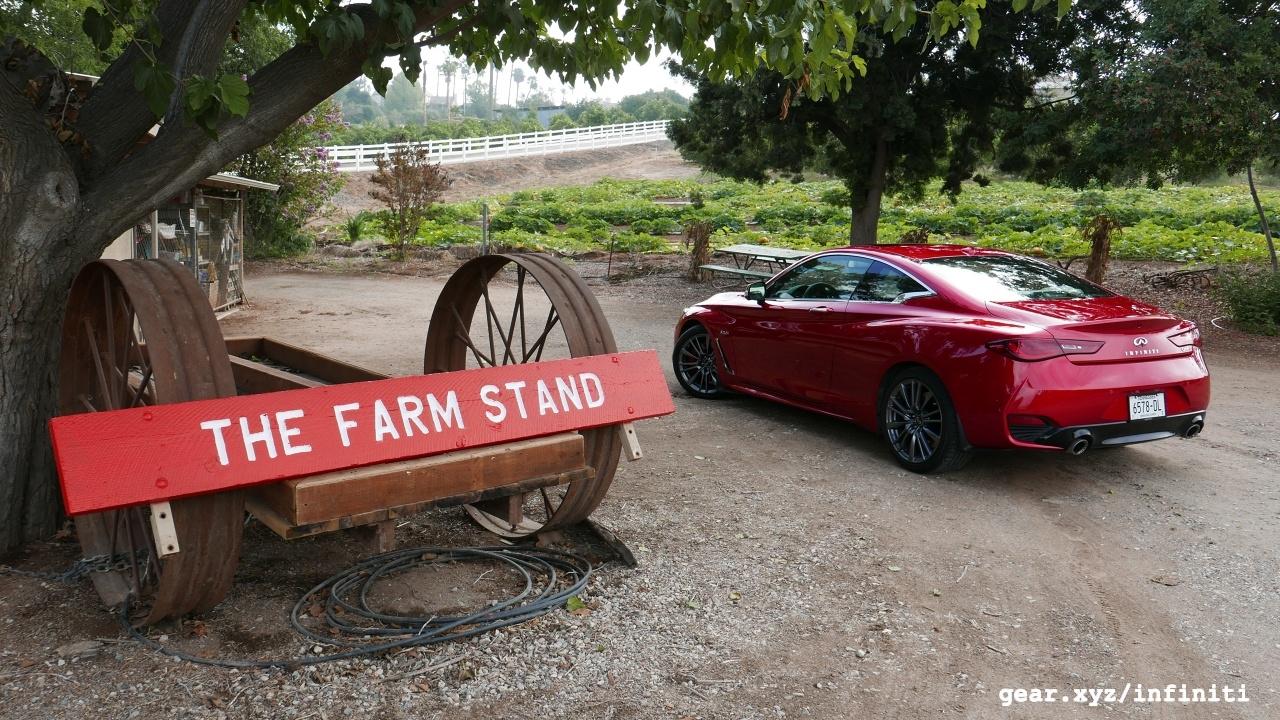 It’s a shape more than worthy of all the attention. Infiniti has crafted a curvy, muscular body for its coupe that features an unforgettable face and a tantalizing tail end and introduced it at a time when styling amongst the German models that dominate the luxury sphere has largely homogenized around a set of shared themes and cues. This willingness to engage the sense of sight and touch extends into the cabin, where the current conservative restraint is broken by elegantly sculpted door panels wrapped in soft leather, a fine-stitched dashboard, and easy-to-read gauges and controls. To be sure, the darker carbon fiber accents that take precedence on the center console and elsewhere look a smidge more upscale than the lighter appliqués, but overall it’s an inviting and comfortable cockpit. 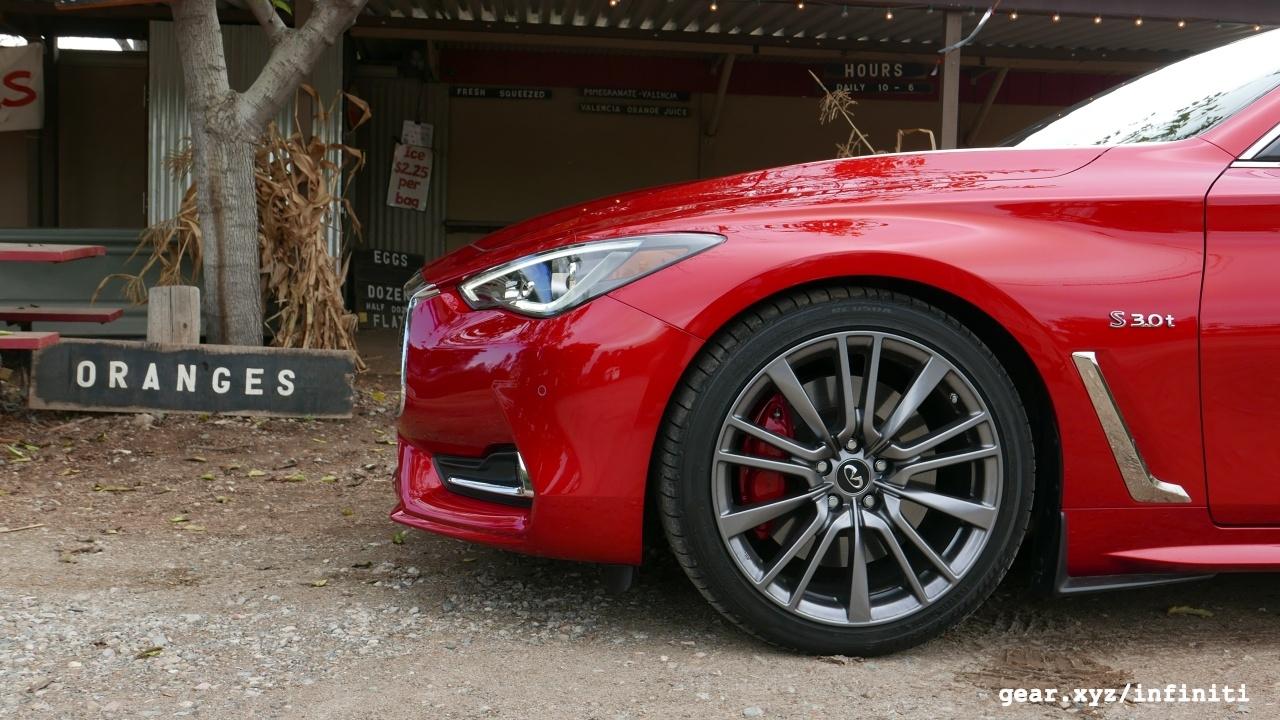 Like its sedan cousin, the Q50, the 2017 Infiniti Q60 has been the recipient of a heart transplant that dramatically enlivens its character to match its striking visuals. At the apex of the performance pyramid is the same VR-series 3.0-liter twin-turbo V6 engine offered by Infiniti’s mid-size four-door, again available in either 400 horsepower (3.0T Red Sport 400 trim) and 300 horsepower (3.0T Silver Sport trim). It’s largely a question of engine tuning in the equation that adds or subtracts the 100 ponies from the Q60’s spec sheet, as the motors themselves are mechanically almost identical (save for a water cooling pump). There is also a 2.0-liter turbocharged four-cylinder model offered by the brand, but this exists primarily for pricing (with a sub-$40k sticker) and corporate fuel efficiency purposes – take rate is predicted to be low, despite its 208 horsepower rating. 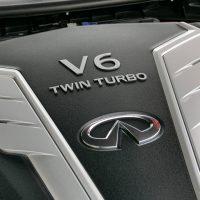 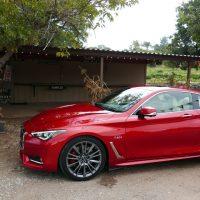 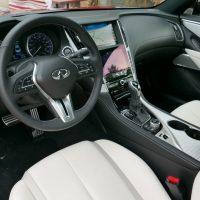 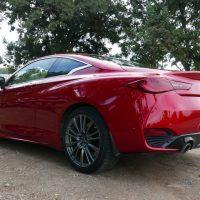 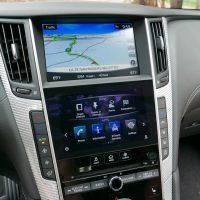 In any case, the fleet that awaited me in San Diego consisted exclusively of Red Sport 400 editions of the 2017 Q60, with Infiniti proudly highlighting its most engaging model. I began the morning behind the wheel of a rear-wheel drive edition of the car, with the intention of comparing it to one equipped with the coupe’s optional all-wheel drive system later that afternoon. As with all versions of the Q60, this one was equipped with a standard seven-speed automatic transmission. 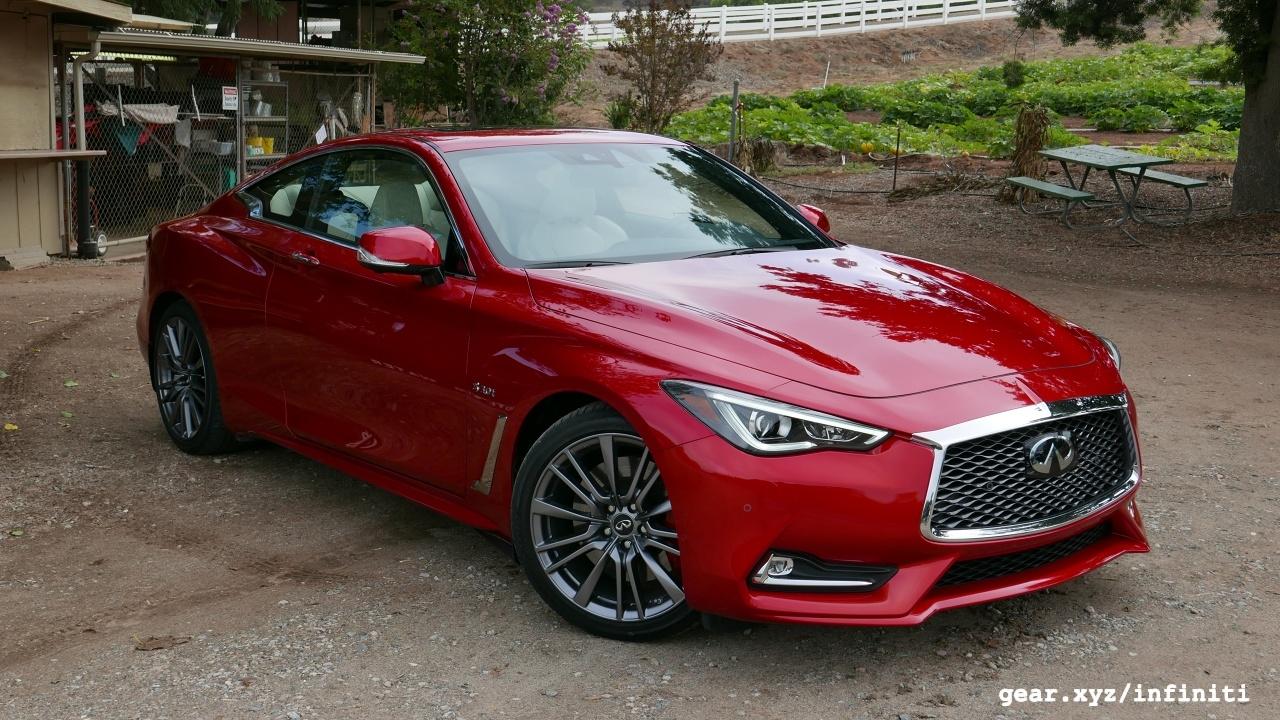 The screaming-spec 3.0-liter twin-turbo engine is a serious accomplishment on the part of Infiniti’s engineering team. Although tempered by the doting ministrations of its various electronic nannies when taking off from a stop (which can thankfully be fully disabled at the touch of a button), once underway throttle response is immediate, and seemingly endless. With 350 lb-ft of torque available, the top-tier Q60 is a car that thrives between 50-mph and 130-mph, displaying a relentless thirst for forward progress that comes across in the form of a smooth and building wave, and one has to be quick with the paddle shifters to keep up with the crescendo of on-throttle fun. 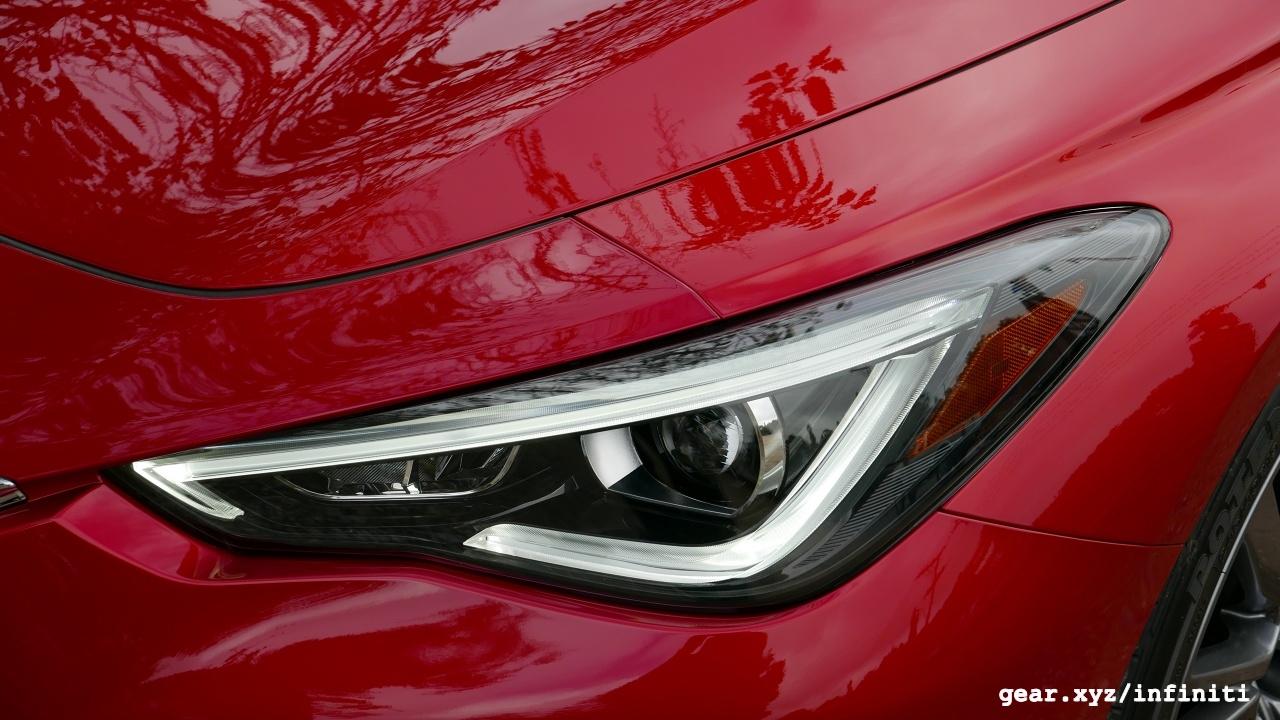 Chassis-wise, the rest of the 2017 Infiniti Q60 is willing to keep up with the locomotive under the hood of the Red Sport 400, with only a few exceptions. The car offers something Infiniti has dubbed ‘Dynamic Digital’ suspension, which is a fancy term for the adaptive shocks that replace the standard units once you step up to one of the Sport versions of the car. The overall effect is well in keeping with what one would expect out of a grand tourer like the Q60, which means softer-than-sports-car handling coupled with excellent road manners that invite hundred mile stints in the left-hand seat. 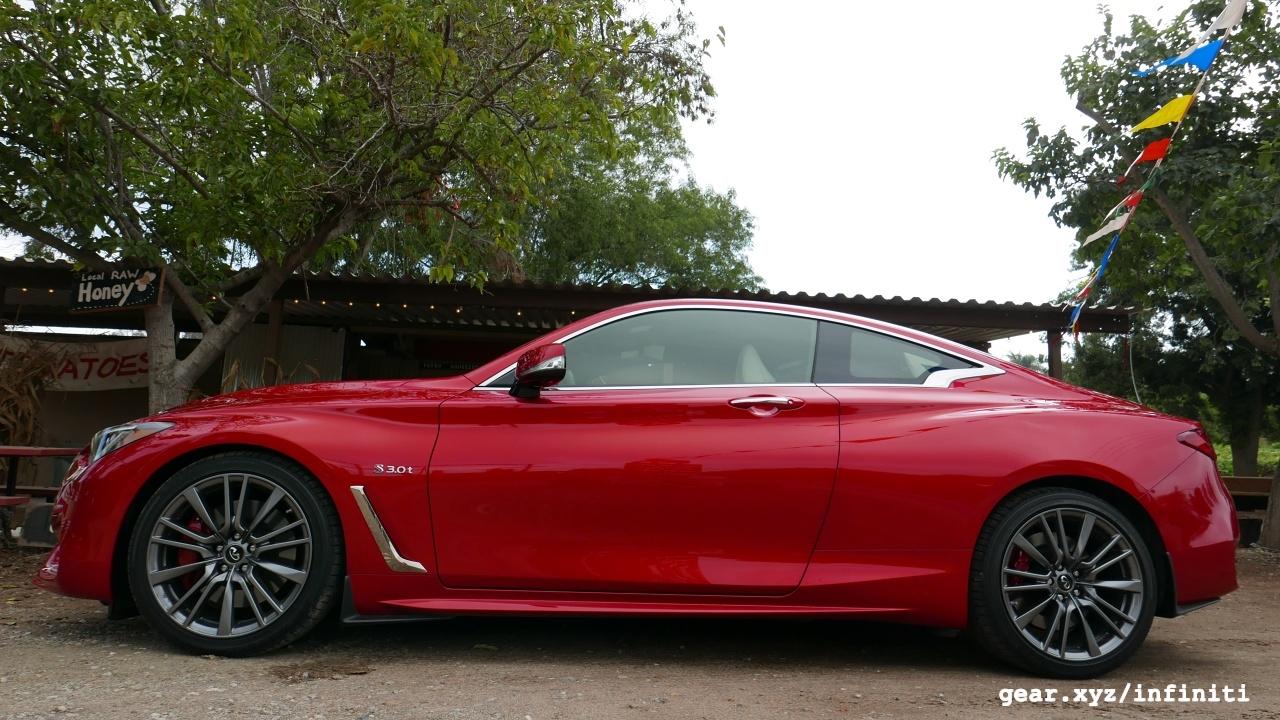 The 2017 Infiniti Q60 also delivers a wide range of driver control over how the vehicle reacts to both their inputs and road conditions. The ability to select from Standard, Sport, and Sport+ modes using a simple toggle switch (on top of Snow and Eco modes) provides a snappy shorthand for either sharpening or dialing back the coupe’s reflexes. If you want to get granular, then the Personal mode offers a frankly overwhelming array of tuning points for throttle and transmission response, suspension firmness, and steering. 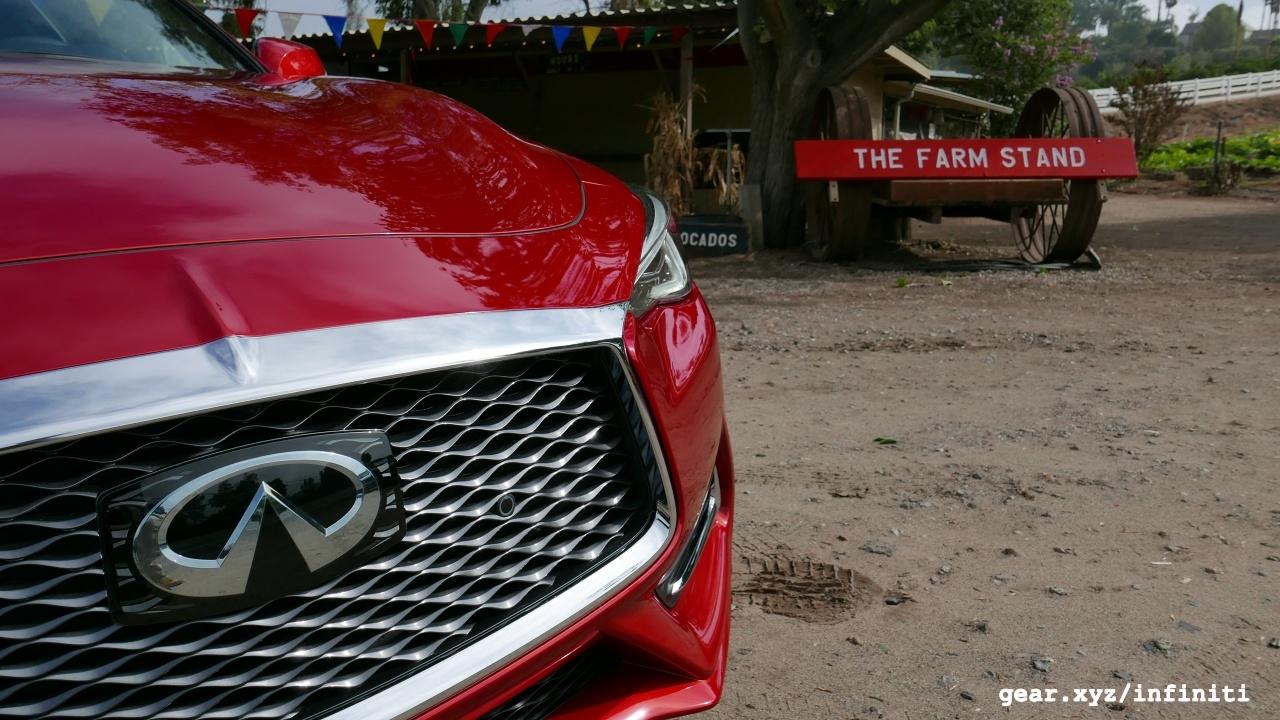 It’s that last word that continues to pose a problem for Infiniti’s Q line-up. As with the Q50 sedan, the two-door Q60 provides the option of a fully electronic ‘adaptive’ steering system that makes no use of a mechanical connection between the wheel and the rack up front (although there is a failsafe in place to ensure that direct linkage in the event of a systems failure). There are no less than seven discrete settings for this system, and precisely none of them provide the kind of steering feel in spirited driving that one would expect from a high end performance car. 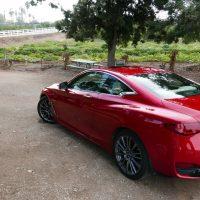 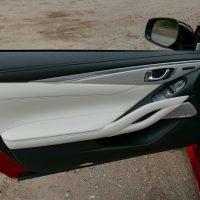 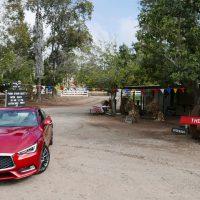 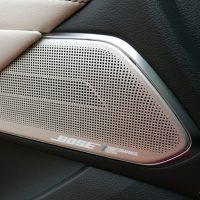 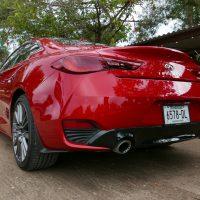 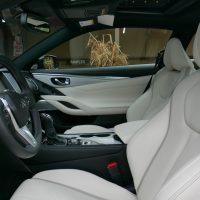 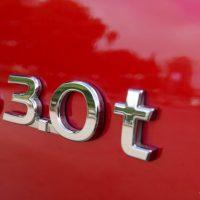 It’s hard to get electric power steering right in the first place, and while Infiniti claims that the adaptive setup allows for better integration with its long list of available active safety systems, it just feels like the company is shooting itself in the foot by hobbling such an excellent car with a feature no one is asking for. I discovered later in the day that AWD only furthers the disconnect between the driver and the forward wheels, leaving me wishing the car I was driving stuck with the standard electric rack or even the 2.0-liter model’s hydraulic setup. 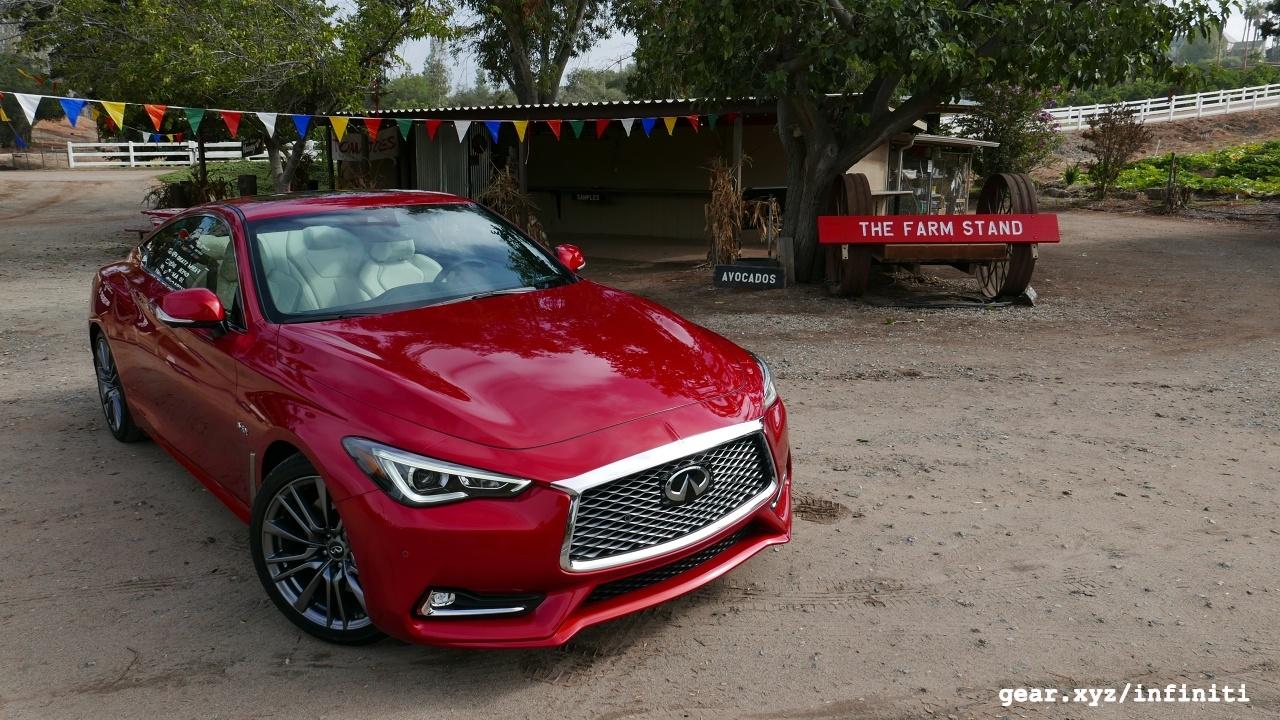 Still, one dynamic misstep does not spoil what is an altogether satisfying luxury coupe. Market conditions may dictate that the 2017 Infiniti Q60 will never sell in numbers, but what it brings in prestige (and no doubt profit) to the brand is worth far more than being able to boast about volume. Eye-catching enough to peel buyers away from Audi and BMW, and fast enough in a straight line to peel away from many of its two-door rivals on the highway, the Infiniti Q60 is poised to surprise both newcomers and veterans to the brand alike.