2017 C8 Corvette could be a mid-engine beast

The Chevrolet Corvette has been around for decades now and one thing that each iteration of the car has had in common is a front mounted engine. In the automotive world, you can have front, mid, and rear engines and there are fantastic sports cars in each of those categories. Think Porsche 911 for rear-engine, Corvette (and a plethora of others) for front engine, and mostly exotics like Ferrari and a few others for mid-engine.

The benefits of a mid-engine layout is that the car can be more balanced and better balance leads to better handling and overall performance. We already know all there is to know about the new Stingray with its front engine and blistering performance, and it’s a great car. What is Chevy to do next to improve the Corvette? If rumors hold true the next generation Vette, the C8, will be a mid-engine monster. 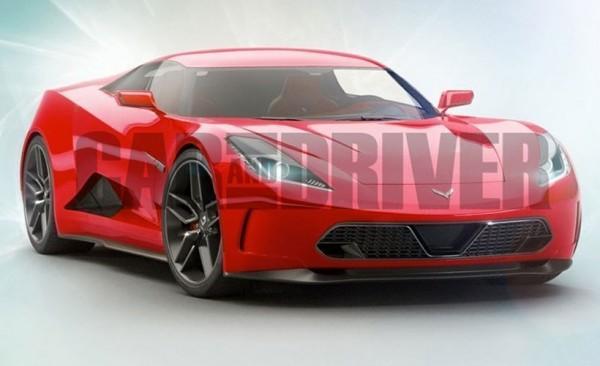 The rumor is that the 2017 C8 will see the top end model, the ZR1, get a new mid-engine architecture. The car will reportedly be a very low volume unit at only 1500 per year and it will be very expensive. How expensive you ask- how about $150,000. Some very serious sports cars can be had in that price range.

The C8 is expected to continue with a small-block V8 similar to what Chevy uses under the hood of the Corvette now, but with better performance than the current Stingray Z51. That Z51 is able to hit 60mph in 3.9 seconds and reach 181 mph. Moving the engine to mid-ship also may one day lead to an all-wheel-drive Corvette with an electric motor driving the front wheels. The C8 is also expected to get a dual-clutch paddle shift transmission. This all sounds good, but the real question is will the automotive world greet a $150,000 sports car from Chevy with open arms?