Last weekend, Porsche made history when it broke Audi’s five-year winning streak at the 24 hours of Le Mans, its first victory in more than a decade. But even before the race even started, Audi was also making a historic move. On the very same Le Mans circuit, it gave the green light for the first drive experience of the 2017 Audi R8. It has been barely six months since it debuted the 2016 model, but this next generation R8 hit enough of the right notes to give one pause in considering whether to wait for it next summer instead.

They say form follows function, and that is pretty much true with the 2017 Audi R8. If it now looks sharper than the fresh new 2016 model, that’s because it does move that way too. While the roughly eight miles of the first drive was not enough to see the full 198 mph promise, but even at 176 mph, the car already showed promise. On straight tracks the S-tronic 7-speed, twin clutch transmission purred smoothly. The electric power steering wheel handled curves and varying elevations with grace. Even the treacherous Indianapolis corner of the course proved no match for the R8’s power steering and V-10 engine.

Perhaps it helps that the 2017 R8 has an augmented version of the same naturally aspirated 5.2-liter V-10 of the 2016 model, now with a new direct and port injection system. This delivers 532 hp at 8,250 rpm, with a torque of 398 lb-ft at 6,500 rpm. Like the previous generation, there will be another Plus model that boasts 8,850 rpm, a stronger 601 hp, 413 lb-ft of torque, and a blazing 205 mph max speed. The brake system is composed of vented steel rotors and eight-piston calipers, four in front and four at the back. A configuration option turns that into carbon-ceramic rotors and a six-piston caliper instead. 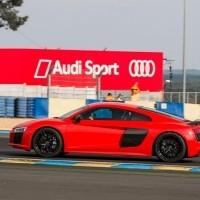 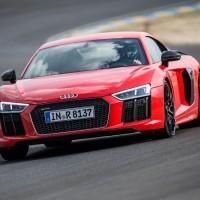 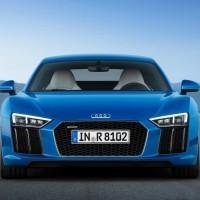 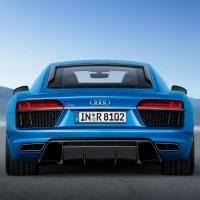 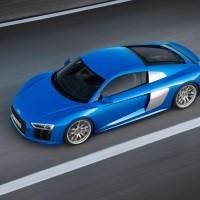 You’d think that with all that power and stress, the 2017 Audi R8 would soon require a checkup. Normally, that might be the case, except for the fact that the road car version of the 2017 R8 and its race car variant are nearly alike, with 50 percent of the engine parts similar to the two. Except for a few key difference in the race car version to comply with racing specs, of course. That being said, the 2017 model ends up lighter than its immediate predecessor, 110 lbs in fact, thanks to a new aluminum and carbon fiber makeup.

But enough of the externals. Inside the cabin you will not be disappointed to see Audi’s design fingerprint everywhere, from the double-stitched leather to the aluminum highlights. What will surprise you, however, is the steering wheel that blends both new and familiar features. Audi’s traditional controls can be found on both horizontal spokes, but four new buttons flank the vertical spoke. On the right you have the start button at the top and the beneath it a button that unleashes the full sound of the engine’s exhaust. On the left, you have a button to select Drive Modes between Comfort, Auto, Individual, and Dynamic, while the bottom button gives access to dynamic setup for dry, wet, and snowy road conditions. The instrumentation panel isn’t any less remarkable, with Audi’s new TFT screen spanning the whole 12.3 inches. On the center you have a large tachometer in the center, which can become a map readout, with the tachometer and the speedometer relegated to the small side displays. 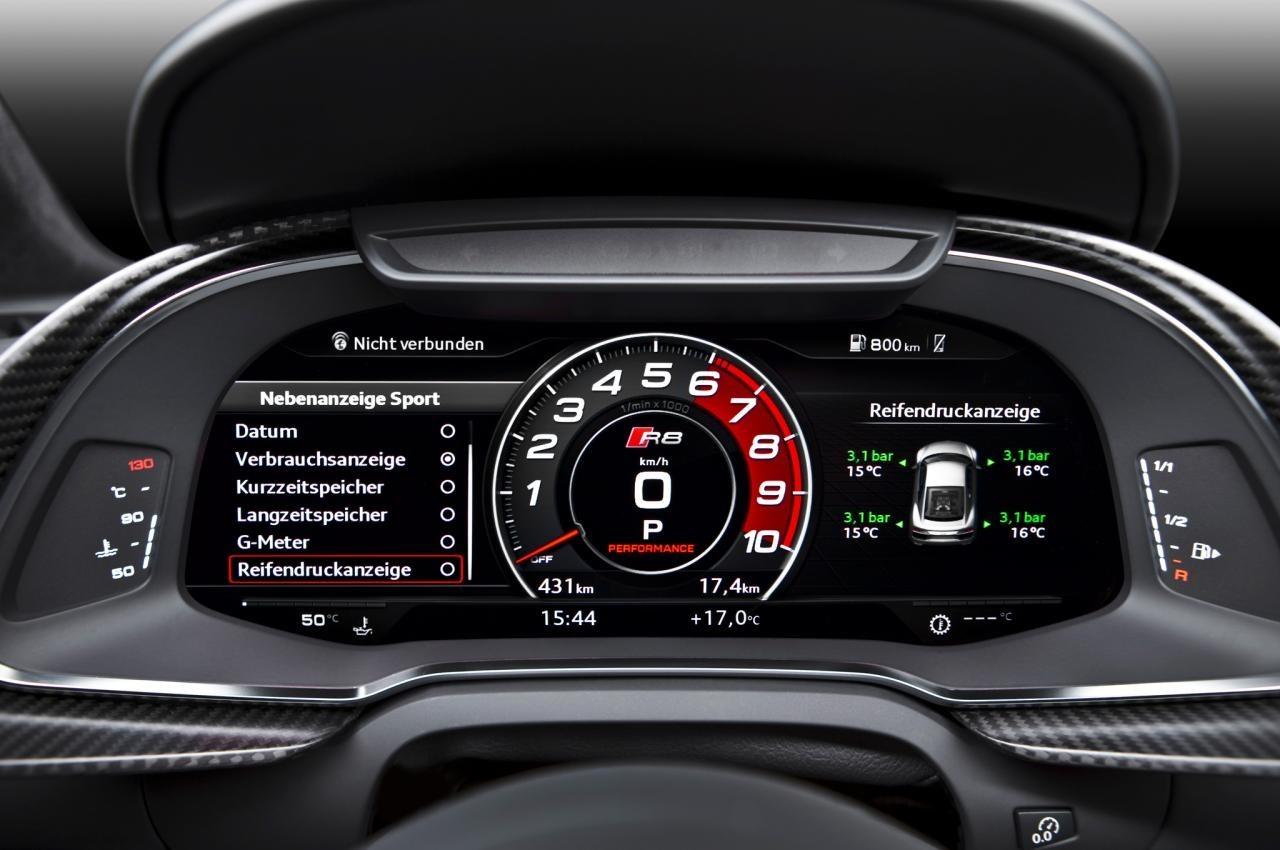 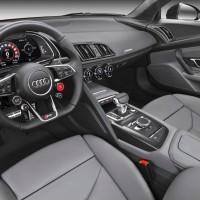 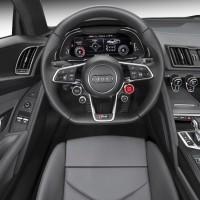 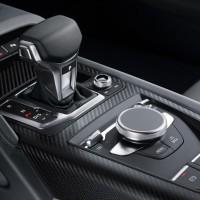 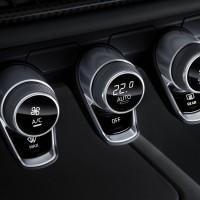 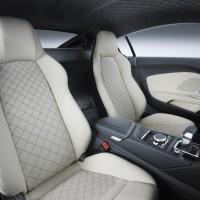 So is the 2017 Audi R8 immediately better than the 2016? Based on this initial brush, that might be a yes. That said, it won’t be until almost a year before it goes sale, which means that it could turn into a resounding “YES!” before then. Keep your eyes peeled for our own test drive of the 2017 Audi R8 soon!