2016 MINI convertible gets longer and wider

MINI has offered up some images and details on the all-new MINI convertible ahead of the official launch of the car in Tokyo. The new convertible will hit dealerships next March and will come in Cooper and Cooper S versions. Both versions will be built on the BMW front-wheel drive platform and will have three and four cylinder engine options.

The biggest change for the new convertible is more room with the car being 4.5-inches longer than the previous version and 1.7-inches wider and almost an inch taller compared to the previous versions. The wheelbase is 1.1 inches longer and the front and rear track are nearly two inches wider. This gives the car 25% more luggage volume with the top up.

The car retains the fabric roof and roughly the same roofline as the coupe version of the car. The top can be dropped at speeds up to 18mph and needs 18 seconds to open or close. The car offers a pair of protection bars that pop up if the car rolls over. Eleven colors will be offered along with the Always open timer that tracks how much time the car spends with the top down.

When fitted with the base engine drivers get a 1.5L turbo engine making 134hp and 162 lb-ft of torque giving the car a 0-60 time of 8.2 seconds with an auto. The Cooper S gets a 2.0L turbo four making 189hp and 207 lb-ft of torque. The coolest part is that you can get a silver Union Jack on the convertible top. Pricing will be announced in March. 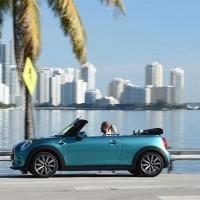 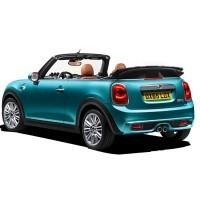 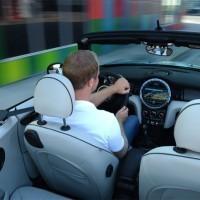 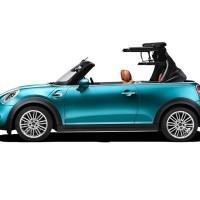 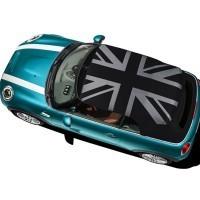