The car is painted black on the body, has a black soft convertible top, and has a black interior. The vehicle is chassis number 1E11687 and features engine number 7E6085-9. It’s hard to tell from the images, but the car appears complete and missing nothing. It’s unclear if it’s running, but most likely, it’s not.

It has the appearance of a car that’s been stored for an extremely long time, and being stored without being operated and driven is one of the worst things that can happen to a car. The images show the Jag is still wearing its original wire knockoff wheels and has its original toolkit.

It’s always interesting when someone finds a classic car such as this and leaves it exactly as found. Often trying to clean up a car devalues it more than just leaving it in its original dirty condition for the new buyer to restore or tuck away as is. One of the images shows that the last time the car was registered was in Massachusetts in the fall of 1972. 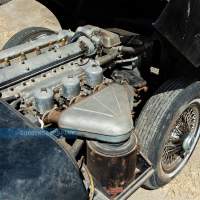 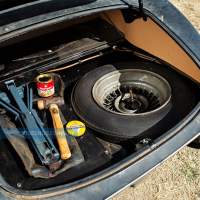 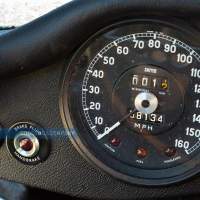 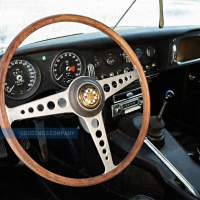 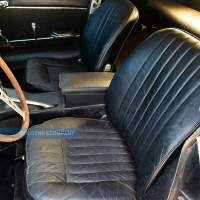 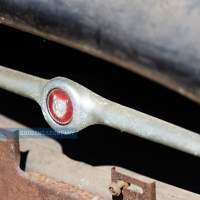 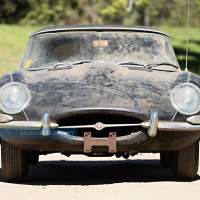 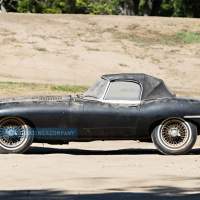 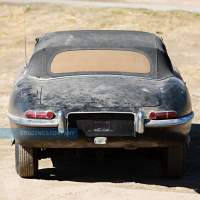 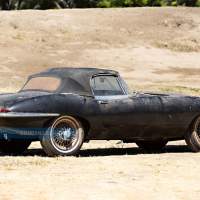 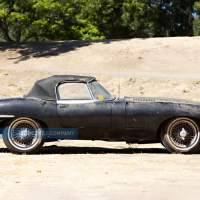 Clearly, the vehicle has been setting likely since then unused and unmolested. As for why the car was tucked away decades ago, that is unclear. There appears to be no body damage, and everything seems to be in good condition. That likely indicates some sort of engine and drivetrain issue that rendered the vehicle inoperable, and the owner didn’t want to fix it.