Windows Phone has launched in China today, with HTC leading the charge with its HTC Eternity smartphone that will, at first at least, be offered SIM-free and unlocked. A 4.7-inch handset with twin cameras, according to the Windows Phone Blog, the Eternity’s most distinguishing feature is its new Chinese-language interface.

Windows Phone has always been very text-led, with Microsoft’s Metro UI ditching unnecessary styling and instead focusing on oversized fonts and pared-down lines. That seems to fit well with the Chinese characters, too. “Our engineering and design teams really sweated the details, working hard to create a version of the software that both showcases the inherent beauty of Chinese characters and excites Chinese customers” Microsoft’s Michael Stroh says of the new UI. 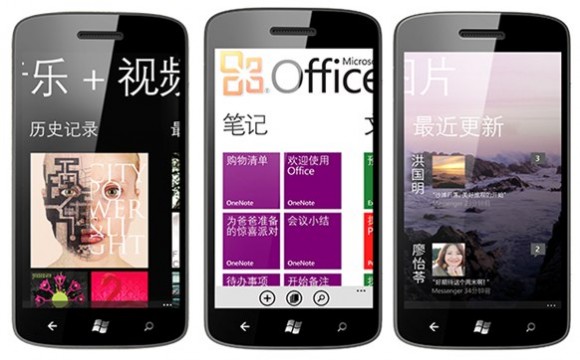 Of course, China is a potentially huge market: just about all vendors are focusing on the country as the next big location for growth. Apple execs have publicly said on several occasions that it’s China that they see the most explosive development in over the coming years, and it’s unsurprising that Microsoft should want a piece of that action.

How well it can compete, however, depends on how many OEMs opt for Windows Phone. Part of Android’s advantage is that it’s free, while iOS has the cachet of only being available on Apple devices. Windows Phone, however, demands Microsoft licensing. Low-cost devices from ZTE and Huawei should begin to address that, however.