Google may not sell a car, but it does have an increasingly large footprint on the dashboard, with Android set to become your digital car key and even your dashboard OS on models like the Hummer EV. Announced at Google I/O 2021 today, the newest Android Auto and Android Automotive OS functionality further blurs the distinction between your phone and your car or SUV.

Android Automotive OS is taking over the Hummer EV dashboard

GMC’s reboot of the Hummer as an all-conquering electric super-SUV is set to turn some heads on the road, what with its futuristic styling, but inside it’s Android Automotive OS that’s calling the shots. So far both Google and GMC have played that fairly close to their chests, but at I/O 2021 we’re seeing the first run-through of what to expect.

What’s particularly interesting is how different GMC’s implementation looks, compared to what we’ve seen in vehicles like the Polestar 2. That’s one of the advantages of Google’s platform, with automakers free to customize the interface while still offering things like Google Maps, the Google Assistant for voice control, and the Play store for downloads. By the end of 2021, Google says, Android Automotive OS will be available to order on over 10 models of car, though some won’t be shipping until next year. 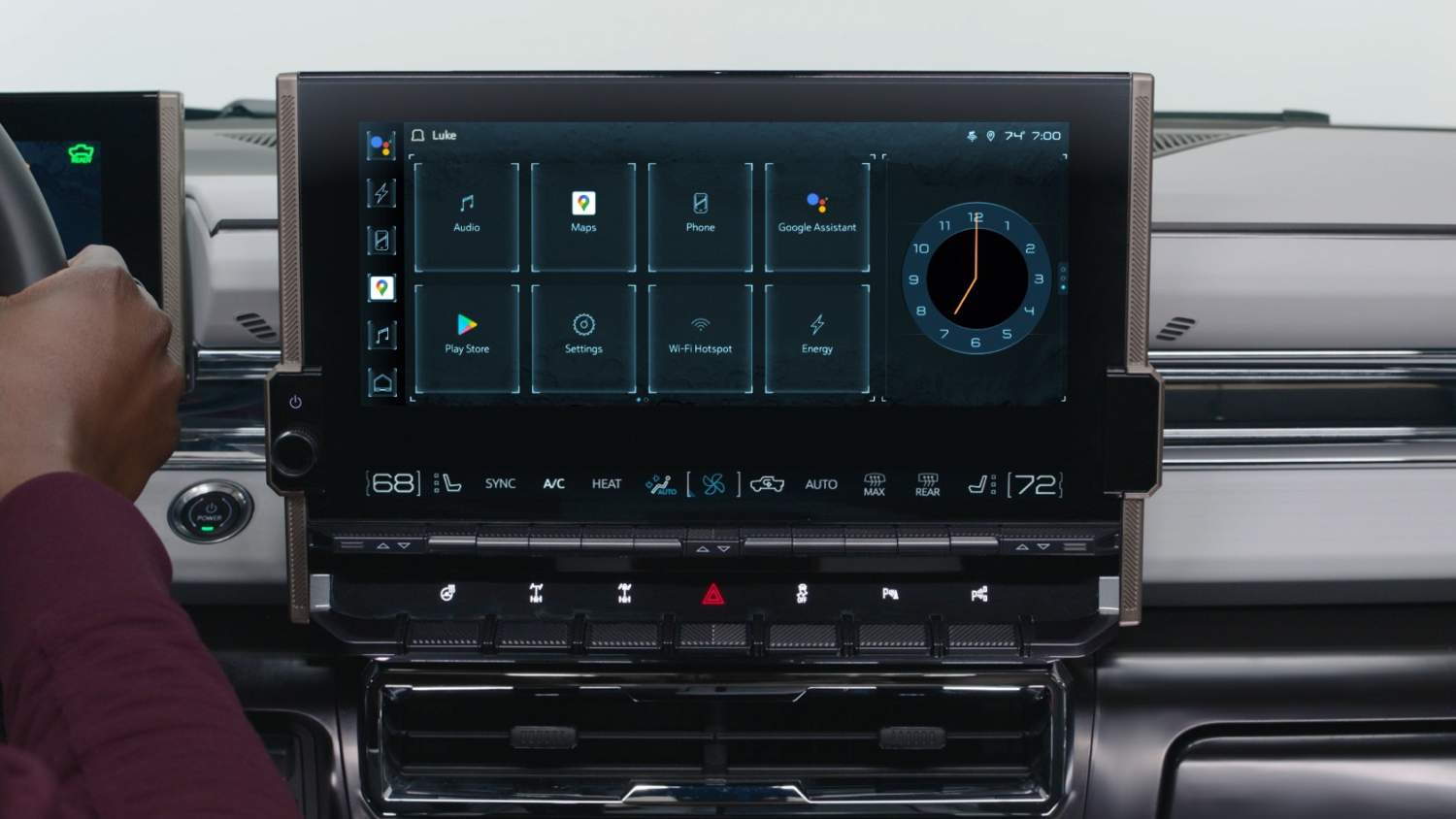 Still with far broader availability than its embedded cousin, Android Auto relies on smartphone projection: your phone’s interface takes over the vehicle’s dashboard display. Google says there are now over 100 million compatible vehicles on the road. Next up is Porsche, which will be adding Android Auto support first on the 2022 Porsche 911.

Beyond that, there’ll be broader support for wireless projection from automakers: cutting the USB cord for more convenience. That’ll also include expanding the interface into the increasingly-prevalent digital instrument clusters often found on vehicles now. That’s something the upcoming BMW iX will offer, with the all-electric SUV able to show Android graphics on the driver’s display for navigation and more.