Tablets sales to outnumber PCs by the end of the year

According to the IDC, Tablets will outnumber PCs by the end of this year. Pichai showed a chart on stage that shows a relatively slow-moving upward trend for both consumer and corporate PCs, but the growth of tablets has an incredible exponential growth, and in just a few months, it’s predicted that tablet sales will outperform PC sales. 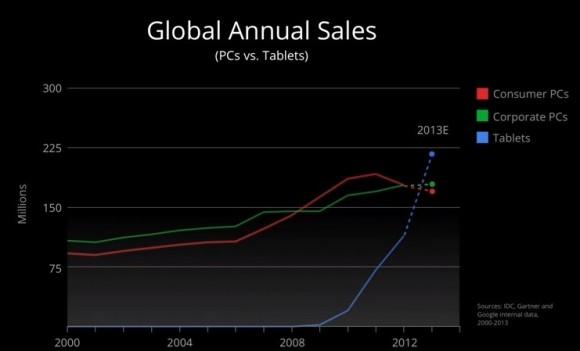 Pichai says that by the end of 2013, 225 million tablets will have been sold, leading to more tablets being sold than PCs. As for total Android tablet activations, the end of 2012 saw almost 40 million activations, but that number is over 70 million. He also notes that almost one in two tablets sold worldwide is based on Android, with the rest being iPads. 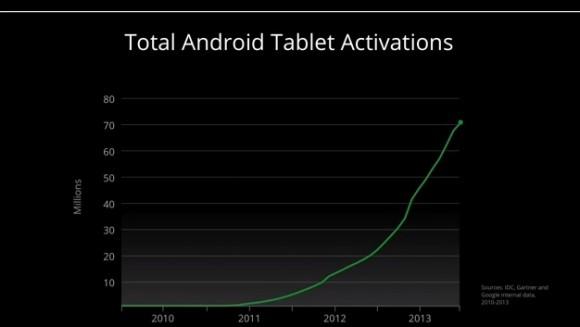 Of course, this news isn’t too surprising, seeing as how we’re entering a post-PC world. PCs will still exist, but smartphones and tablets seem to be overtaking the market and are selling more than computers. 225 million is a lot of tablets to go around, and that number is expected to keep rising.