The team at T-Mobile USA let it be known at CES 2014 that they had no love for their fellow carriers, going so far as to offer early termination fee repayment for switching. Users moving away from Verizon, Sprint, and AT&T were offered their entire family’s early termination fees – to a point – when trading in working devices, up to $650 USD per line. This bit of a program has been expanded this week to include more carriers than just the initial three.

Speaking with re/Code this week, T-Mobile Marketing Chief Mike Sievert let it be known that they’ll not be stopping with letting loose their deals on their biggest three opponents. They’ll be expanding until they “bring an end to unfair one-way onerous contracts in this country.” That includes U.S. Cellular and several other regional carriers as well. 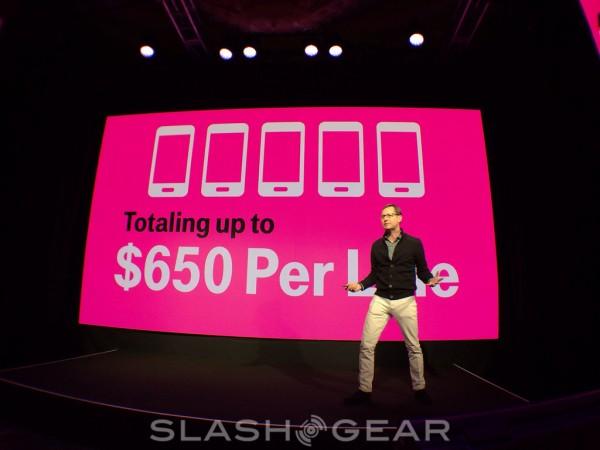 This bit of an expansion will be bringing on larger numbers of handsets to trade-in than first announced. This includes damaged phones – just so long as they still work – with payments equal to the worth of each device.

T-Mobile’s termination deal as announced last week covered fewer devices, making a point to concentrate on the higher-end of the trade-in value. Existing phone trade-ins were – and still are – worth up to $300 USD each, while the rest of the cash comes in confirming termination of contracts with competing phone companies. While just U.S. Cellular has been mentioned today, T-Mobile has mentioned that more than a dozen other small carriers will be added to the list – each of them also requiring that customers sign long-term contracts, of course.