Sony has outed its latest 14-inch notebook, the VAIO E Series 14P, not quite an ultrabook but not letting that stop it offer gesture control and 7hr runtime. Measuring in at 22.4mm thick, the 1366 x 768 notebook runs Intel’s Core i3-2350M processor paired with 4GB of DDR3 memory and AMD Radeon HD 7670M graphics with 1GB of dedicated VRAM, and comes in black, white or pink.

Storage is courtesy of a 500GB 5,400rpm hard-drive, while there’s also a DVD burner. Wireless connectivity includes WiFi b/g/n and Bluetooth 4.0+HS, and ports include two USB 3.0 (one which can charge a connected cellphone even while the VAIO is turned off), two USB 2.0, and HDMI. 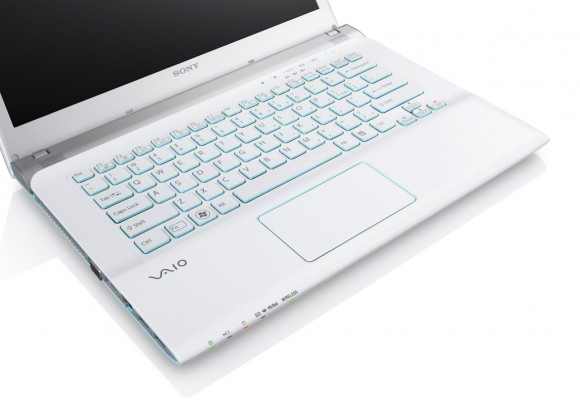 The 1.3-megapixel Exmor HD webcam can be used for video calls, obviously, but also with Gesture Control: holding up your hand in front of the camera and moving around controls certain apps, Minority Report style. Swiping left or right moves through webpages or photo galleries, while pulling your hand down pauses music playback or a slideshow; adjusting music volume up or down can be done with ‘rotate’ movements. However, so far Gesture Control is only supported by Windows Media Player, Internet Explorer 9, PowerPoint and PowerDVD.

We’re quite feeling the black version which, with its red pinstripes, has a somewhat Knight Rider feel to it. No word on pricing at this stage. 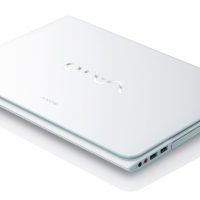 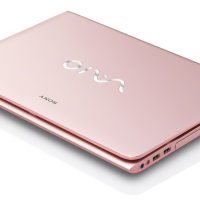 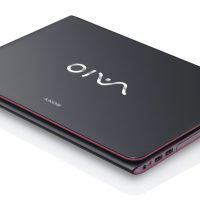 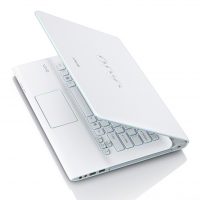 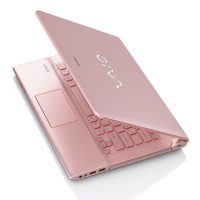 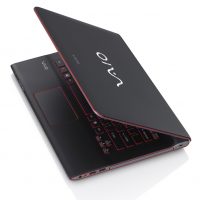 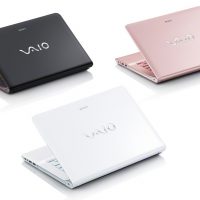 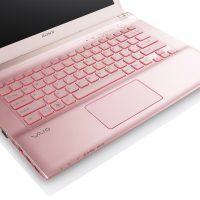 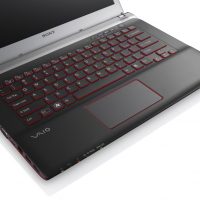 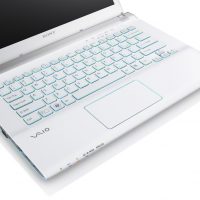