Ah, the indignity of the FCC test bench.  Latest to get splayed out with its geeky guts on show is the Sony NSZ-GT1, described as an Internet TV Box and looking to be the company’s promised Google TV set-top box.  Full specifications for the device are unknown, thanks to a fun-spoiling confidentiality agreement, but the box does have WiFi a/b/g/n and comes from Foxconn’s production lines.

It’s also reasonably compact, measuring 9.8 x 13 inches, and going by the confidentiality agreement’s span it looks like we should be seeing an announcement of some sort around September 1st 2010.  Google TV, for those asleep recently, is Google’s attempt to inject some of their search magic into your home entertainment; more info here.  Whether the Apple TV – rumored to be getting an upgrade that will give it 1080p HD, a tiny chassis and a $99 price tag – will rain on its parade remains to be seen. 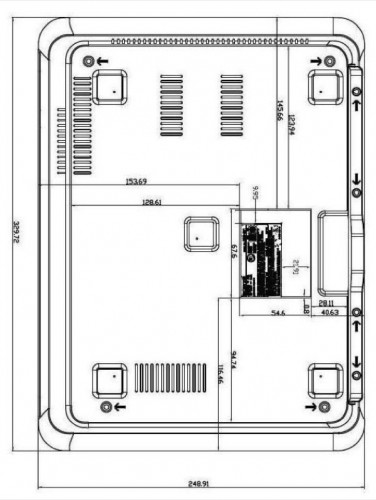